The cast members of Jackass made a name for themselves by throwing caution to the wind and taking part in dangerous (and oftentimes disgusting) pranks. It’s been decades since the first episode of their original MTV show debuted and they’re still happily putting themselves in harms way to entertain viewers — most recently, as part of a Shark Week segment on The Discovery Channel, by attempting to literally jump the shark and getting bitten in the process.

On Sunday night, The Jackass Shark Week Special reunited Johnny Knoxville, Steve-O, Chris Pontius, and Sean McInerney — AKA Poopies — with their new cast member Jasper, of Odd Future and Loiter Squad fame. It feels both shocking and completely logical that this band of giggly misfits would be hired to goof off for Discovery, especially during the channel’s most popular televised week. During one reckless segment, they decided to do a pop culture-indebted stunt: recreating the Happy Days scene where Fonzie (Henry Winkler) jumps over shark-infested waters on skis.

With Steve-O and Pontius watching from the side, McInerney mounted a water board for the stunt and launched off a ramp surrounded by sharks. Instead of soaring high, he dipped straight into the water where things immediately went south. A shark took a bite out of McInerney’s hand and blood started pooling out around him. Professionals quickly jumped into the water to save him, pulling him back aboard their boat and wrapping his wound in a tourniquet. Luckily, no limbs or body parts were lost in the incident, but McInerney was rightfully fazed.

Generally speaking, McInerney often handles the less physical stunts for Jackass films and TV episodes compared to others, instead tackling the more grotesque bits (as his nickname implies). Steve-O has been bitten by a shark before himself, and he immediately starts worrying about his friend in the clip while simultaneously trying to keep a good perspective. Pontius, however, was pretty shaken up.

“It’s a reminder that, yeah, like, we are pushing it pretty hard,” says Pontius in the clip. “And this could happen, of course. It’s either, like, everything’s okay or this happens. And hopefully it’s always everything’s okay, everything’s okay. But then… you know, this time it’s not okay.” Watch the full video below.

Thankfully, McInerney had a good spirit about the whole thing. When the emergency boat sped off with him aboard, headed towards an emergency room to get him stitched up, Poopies allegedly yelled, “I want a bonus!” The following day, he reflected on the whole thing in a calm manner, saying, “I knew there was a chance I was gonna get bit by a shark, but I didn’t think it was gonna happen. I don’t blame the sharks at all. I mean, I was in their living room, and it was dinnertime.”

There will be plenty more infantile hijinks from the Jackass guys soon enough. Their upcoming fourth feature film, Jackass 4, sees them pulling off a new bunch of pranks and stunts for the big screen, including a treadmill gag gone wrong that sent Knoxville and Steve-O to the hospital. Jackass 4 is still scheduled to come out in 2021 as originally planned, although it’s now been pushed back a few months to hit theaters on October 22nd. 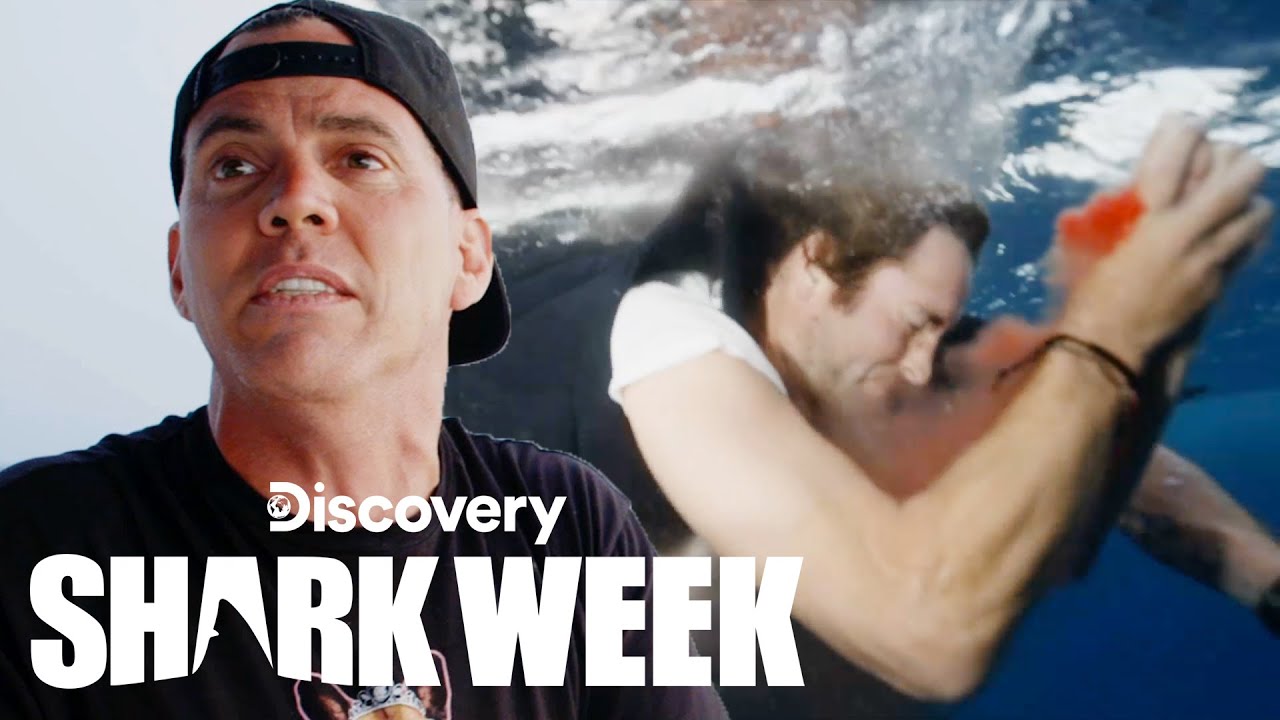