Lingua Ignota has unveiled the video for the new song “Perpetual Flame of Centralia,” which features a fashion collab with Ashley Rose Couture. The track hails from the upcoming album, Sinner Get Ready, out August 6th via Sargent House.

Once again, the single sees the Lingua Ignota, aka Kristin Hayter, eschewing her prior industrial/electronic leanings for somber, haunting balladry. A classically trained musician, Hayter guides the minimalist piece with sparse musical accompaniment and her immense vocal talents.

You might recognize Rose’s work on the cover of Converge’s Jane Live album, recreating the iconic Jane Doe album cover with real garments. A mask designed by Rose is also worn by Hayter on the cover of Sinner Get Ready.

“I first saw Ashley’s work long before I was able to wear it, and it spoke to me as a longtime fan of the aesthetics and theory of fashion,” Hayter said in a press release. “Her designs transform the wearer into something outside themselves, armor that allows one to embody fantasy or nightmare. Working collaboratively with Ashley has been a dream, I have been able to explore the ideas of my record with wearable art. I chose to wear her mask on the cover of Sinner Get Ready because it held the sharp dichotomy of my music; it was chaste and erotic, exquisite, and grotesque. For the ‘Perpetual Flame of Centralia’ video, the expressive capacity of her garments are meditated upon in juxtaposition to the stark, desolate quality of my song. It is the material vs. the immaterial, and the result is languid and dreamy and wonderfully claustrophobic.”

Added Rose: “Upon meeting Kristin, I felt a genuine connection, both personal and creative, which has only grown this past year working together. To watch someone turn so much pain into art and continue to pick themself up and push on over and over again is exactly what this collection is about. I want the person who wears these pieces to feel strong and empowered no matter how overwhelming or suffocating life can become. Even when it continues to return. You can keep fighting or let the fog swallow you.”

Lingua Ignota will support the new album with a handful of live dates in 2021 and 2022, with more expected to be announced in the coming weeks. In 2021, she’s currently slated for headlining dates on October 17th at experimental music hub Le Poisson Rouge in New York City and a November 8th date at Thalia Hall in Chicago.

You can pre-order Sinner Get Ready in vinyl variants via Sargent House and digitally via Amazon. Watch the video for “Perpetual Flame of Centralia” below. 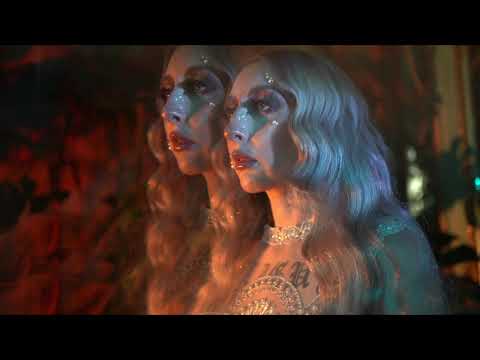