The Pitch: Following directly from the original ’80s cartoon He-Man and the Masters of the Universe, the battle between He-Man (Chris Wood) and Skeletor (Mark Hamill) continues to rage over Eternia and the magical powers of Castle Grayskull. But in the wake of Eternia’s most devastating battle yet, the Power Sword is lost and the planet is fragmented, thrown into an anarchic wasteland without magic or hope.

Without the power of He-Man to rely on, it’s up to Man-at-Arms’ daughter Teela (Sarah Michelle Gellar) and her cohorts — including old faces like Orko (Griffin Newman) and Moss-Man (Alan Oppenheimer), as well as new faces like Teela’s partner in crime Andra (Tiffany Smith) — to reclaim the Sword and save the universe.

Back to Battle-Cat Basics: At first blush, Kevin Smith doesn’t seem like the kind of person to do a gritty adaptation of He-Man — he’s more the kind of filmmaker who’d just throw some He-Man jokes into a contemporary stoner comedy full of dick and fart jokes. But curiously, Smith’s nerd cred (and deep passion for source material like this) makes him oddly fitting for something like Masters of the Universe: Revelation. There’s still the sense you’re watching someone smash their action figures together; the character, vehicle, and environment designs still feel tailor-made to sell toys in the ’80s. But right away, the show establishes that it’s going to dare to take its deeply goofy conflict a bit more seriously.

It’s hard to tell exactly how far the show will take this deconstruction. After all, “Part 1” only comprises a too-short five episodes, of which it spends the first entry setting up the status quo of Eternia before shattering it in a twist so substantial I’ve been barred from revealing it. Sure, episode 1 plays out like a semi-normal episode of the campy kid’s show, with He-Man heroically saving the day with his big muscles and bigger sword. But eventually, fractures form: Smith and crew introduce some interesting ripples to the mythos, including questioning the previously-unquestioned virtue of the denizens of Castle Grayskull. Suffice to say, some secrets come out that leave other characters feeling betrayed, and the show admirably commits to exploring those feelings of betrayal throughout Part 1’s five episodes.

But among the changes, there’s still plenty of hair-flipping high-fantasy atmosphere —Revelation almost seems to take inspiration from ambitious fantasy epics like Krull, with its focus on a coterie of misfit heroes with varying abilities on a quest to save the realm. (The bombastic, James Horner-esque score by Bear McCreary does a lot of work on this front.)

The voice cast is also having a blast; Gellar sometimes seems adrift but nails her more heroic moments, Smith is a welcome addition as Andra (the Gabrielle to Teela’s Xena), and of course, Hamill lays the reptilian sleaze on thick as Skeletor. Griffin Newman even manages to eke out some unexpected pathos from his take on Orko — easily the most irritating character from the original series. 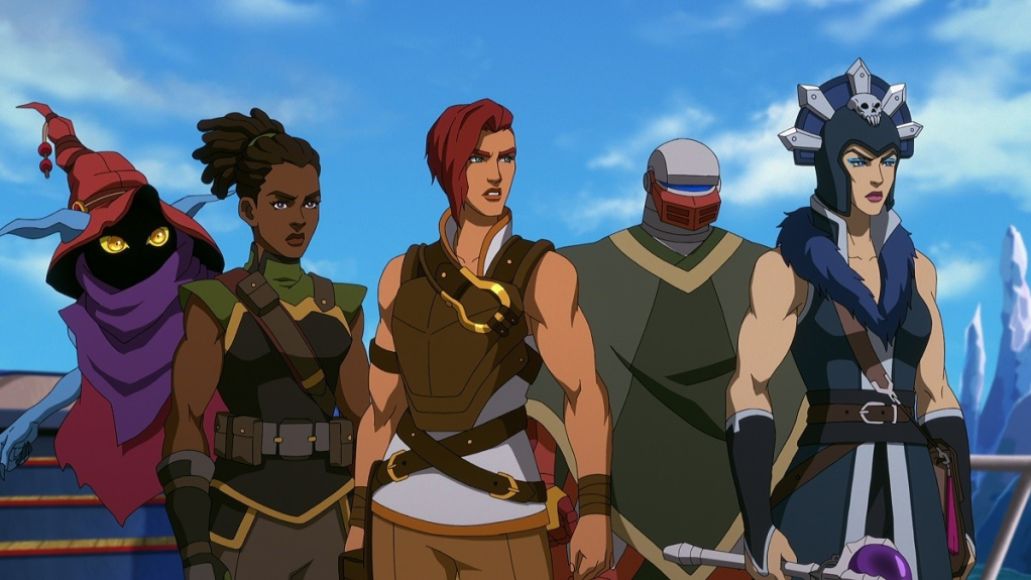 Masters of the Universe: Revelation (Netflix)

Who Has the Power? It’s hard to review this series without revealing embargoed spoilers that effectively spell out the show’s basic premise. But suffice to say, the vast majority of Revelation involves not He-Man, or his normie alter-ego Adam, but Teela — the former He-Man sidekick who’s now become the protagonist of her own story. In the wake of Eternia’s collapse, she’s crumbled into a cynical life as a mercenary, evading the techno-hordes of Tri-Klops and various other evils. She despises magic, and what’s more, she despises Adam for lying to her, in the wake of her discovery that he and He-Man are the same person (let’s ignore the whole ‘they have the exact same face and bowl cut’ thing for now).

Smith and the other writers (including comics writer and Smith podcast co-host Mark Bernardin) toying with the black-and-white fantasy tropes of the original He-Man is an interesting angle on which to re-enter the series. “I could have been a Master of the Universe,” Skeletor acolyte Evil-Lyn (Lena Headey) laments to Teela. “Instead, I spent a lifetime helping [Skeletor] fulfill his [dreams].”

In between laser fights with mermen and daring chases against robotic hordes, Revelation takes some time to flesh out the heretofore-plastic people we used to play with as kids, and lets us question why we kept centering big, muscly dudes in our definition of heroism. It’s hardly subtle, especially as the series goes on — it practically slaps a girls get it done sticker on the side of Battle Cat — but there are worse things in the world than a #girlboss deconstruction of kids’ toys.

The Verdict: Netflix has quite the history at this point of its modernized updates to classic ’80s cartoons — they updated Voltron into a kid-geared treatise on the horrors of war, and even He-Man spinoff She-Ra has a queer-focused reimagining of its own. In a lot of respects, Masters of the Universe: Revelation follows that trend, even as it fundamentally adheres to the hair-metal, toyetic aesthetic of its source material. While its twists are dramatic (and more than likely to cause some impotent nerd rage), it’s still got its eye on delivering old-fashioned sci-fantasy action of a type most He-Fans should be happy with.

If the first five episodes are any indicator, Revelation should be rewarding for those die-hard nerds who aren’t too hung up on the transparent representation politics the series traffics in. That said, if you’re not already hip to the He-Man lingo, and don’t have a built-in fanboy investment in the characters from a childhood of playing with the toys, you might be more than a little lost.

Where’s It Playing? The first half of Masters of the Universe: Revelation‘s first season zaps into Grayskull (and your gray matter) on Netflix July 23rd. 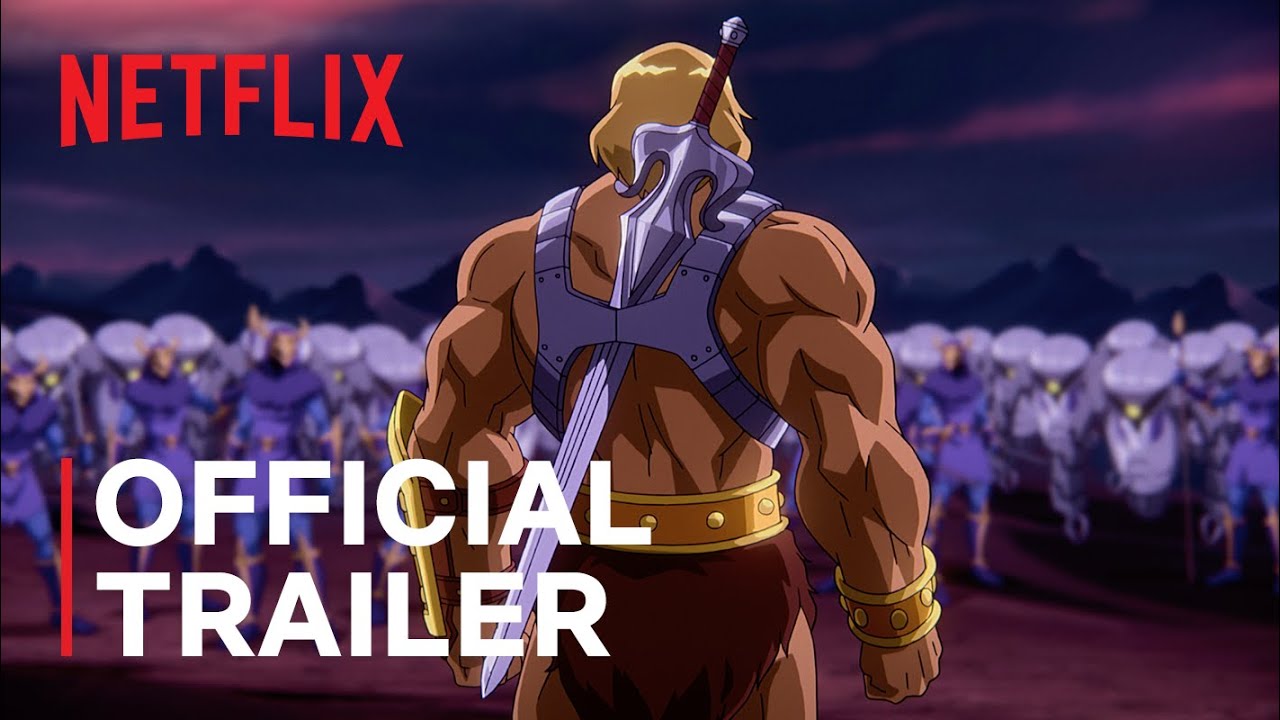 Kevin Smith Flips the Script on Eternia with Masters of the Universe: Revelation: Review