Most major music festivals coming back in 2021 chose to give perspective attendees a fair amount of time to decide to get vaccinated while still keeping the events “summer.” Hence September is jammed with nearly sold-out fests, from Bonnaroo to BottleRock. But many are looking towards August’s Lollapalooza as the first real test of what a post-pandemic festival looks like, which isn’t entirely accurate. Over the weekend (July 23rd-25th), Newport Folk Festival returned for part one of its slimmed-down Folk On 2021 double-event — and there really is no better way to bring music festivals back.

Typically on the smaller side of capacity limits anyway, Newport cut back to just 5,000 daily attendees to help mitigate COVID risks. They also broke up the schedule over two back-to-back three-day chunks, each with a completely unique lineup. There were overlaps and surprise spots a-plenty — as there always is at Fort Adams — but it didn’t matter who was playing anyway — as it rarely does at Fort Adams.

Newport Folk has always been about coming together not just with fellow music fans, but fellow human beings. It’s a place where protest and unity are more than encouraged, they’re at the core of its very ethos: “Be Present, Be Kind, Be Open, Be Together.” After the last 18 months, with all their rage and fear and uncertainty, the Folk Family needed this sort of reunion more than ever. For the Newport Folk Foundation and the state of Rhode Island to work so hard to make this happen so ahead of almost anyone else’s schedule is something of a godsend.

Of course, there’s still that nagging concern it will also be a setback. Being on the Fort felt like an escape from reality (which, again, is typical for NFF), but undoubtedly in the back of most everyone’s head was the realization that there’s already worry about all those September events not happening. Folk On did about as much as you’d expect without forcing strict mask mandates: Proof of vaccination and negative tests were required, confirmed via a CrowdPass app and a quick check by volunteer staff. There was also the option to take a rapid test on-site, though thankfully it seemed few individuals actually needed that recourse. Signs suggesting masks in close quarters (the tunnel to the Quad stage, the standing areas in front of the stages) were largely ignored, but how’s that different from most places recently? On the other hand, folks made constant use of the hand sanitizing stations set up around the grounds.

We won’t know how effective any of these measures were for days yet. What matters in the immediate is that they provided Folk On attendees a sense of relative normalcy. Lord, did we need it. Newport Folk has long been a place where anyone can feel safe, welcome, and comfortable. For three days, it was beyond nice to experience that solace amid what still feels like wild uncertainty.

Amidst the calm and joy were, inevitably, signs that the last year-and-a-half were very real for everyone. The reduced capacity was a noticeable contrast to years past, although also a welcome way to ease back into the festival lifestyle. Artists were unmistakably rusty. Some were performing new material for the first time ever, while nearly all were returning to the stage for the first time since at least early 2020. Slipped notes, forgotten lyrics, shaky queues — all were forgiven, understandable, and frankly expected. 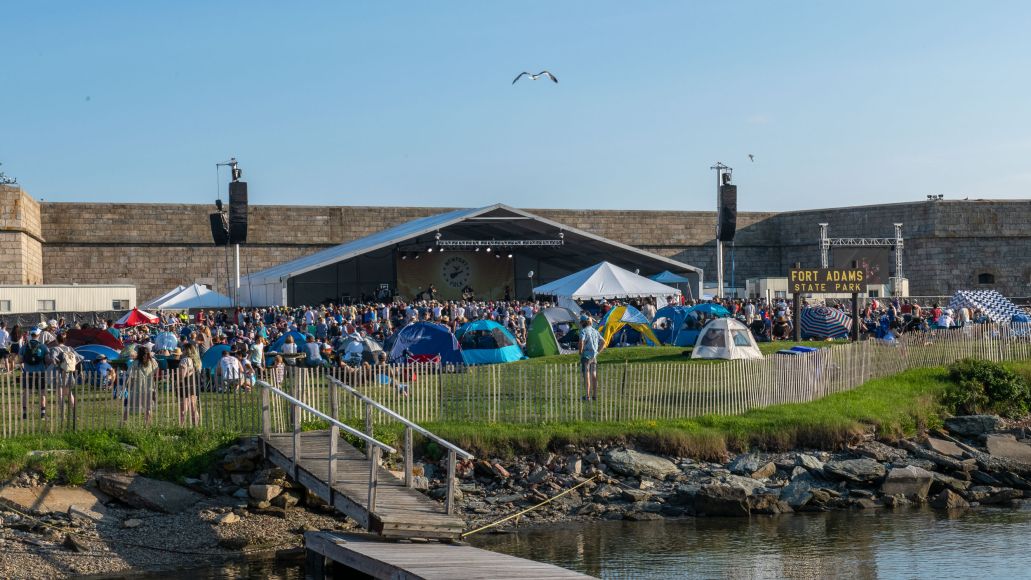 The Festival itself also made efforts to acknowledge some of the harder truths of the last year, namely by giving Allison Russell the closing spot on Sunday. It’s become the norm for at least one headlining spot at Newport Folk to be given over to a massive collaborative showcase, curated by a major artists around a particular theme. Think Taylor Goldsmith’s Bob Dylan tribute, or Brandi Carlile’s Dolly Parton-featuring ????: The Collaboration from 2019. This year, the festival organizers (led by famed Executive Director Jay Sweet), those reins were handed to Russell, who put together a brilliant superjam featuring almost exclusively Black female artists.

In fact, across the lineup was evidence of a concerted diversity push. (Newport has typically featured performers from a range of backgrounds, although Russell’s Once and Future Sounds: Roots and Revolution was the first headlining spot by a POC in some decades.) With the messages and music delivered by the likes of Demeanor, Celisse, Devon Gilfillian, Yola, Joy Oladokum, Yasmin Williams, and others over the weekend, the realities of the world outside Fort Adams were never far from mind.

Yet for all the cultural and societal background to this year’s proceedings, the overarching theme was still — and simply — the rebirth of live music. This return was as welcomed by the artists as the fans, perhaps even more so, as performers’ pure joy at playing with their friends and peers again on full display. Though collaborations are always a hallmark of NFF, they felt exponentially more celebratory and exciting in 2021. Not only were we fans lucky to witness such musical camaraderie, artists were blessed to be able to even have the chance to do it. 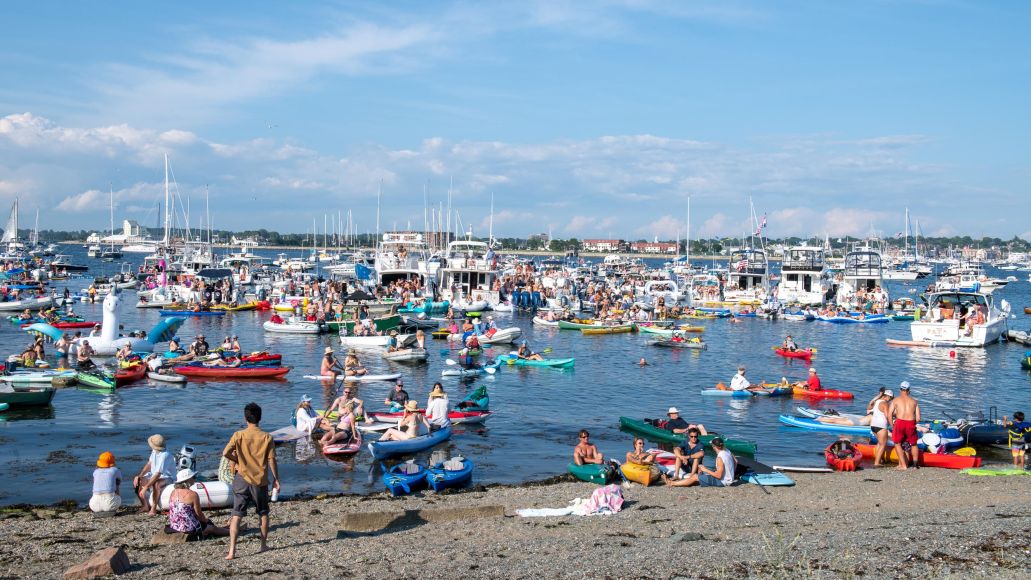 Doubly so after a nation-wide festival furlough year, it felt impossible to catch every amazing moment at Folk On weekend. Yet as is always true at Newport Folk, we were grateful for what we were able to experience — and again, doubly so. Read on for our 10 favorite moments from the return of US festivals.