Nicolas Cage is one of the most maddening, incomprehensible, deeply strange, committed, passionate, unhinged, unconventional stars to ever reach A-list status. After starting out as a journeyman and dipping his feet into the waters of romantic comedy, his Academy Award for Leaving Las Vegas in 1995 cemented him as one of the notable actors of his time.

The feverish way in which he approached every single role was admirable, if questionable at times given the projects in question. But in an industry that prizes buzzworthiness and the vestiges of “cool” over almost anything else, Cage is a madman in a movie star’s body. He’s one of the closest things America has to a Klaus Kinski type (more on the Herzog connection later), an actor whose very existence seems to suggest that he lives beyond any measurable or understood standards of what it is that makes a movie star.

This isn’t to say that he’s batting a thousand. In fact, quite the contrary. Much of the cult of Cage is built around some of his famously over-the-top performances in both good and bad movies, and without either of those elements he couldn’t exist. He inhabits a world between those of the revered Method actor and the B-movie ham, and it’s nigh impossible to conceive of him in any other way.

In a 2014 interview with The Times, Cage acknowledged that he’s not entirely unaware of this perception, either: “I’m proud of the chances I’ve taken. They haven’t all worked, but I had a concept, and I’ve pushed for it. It’s probably annoyed a lot of critics and a lot of people who didn’t get in step with it, but I’m proud I did it.” Whether you perceive him to be a genius or a punchline or both, his performances are almost always memorable, even in the most unbearable movies.

As his latest creative endeavor, Pig, hits theaters today (July 16th), we’ve selected the best and worst of his performances. These are our essential Cage movies, ranked in order from intolerably terrible to astonishingly great. 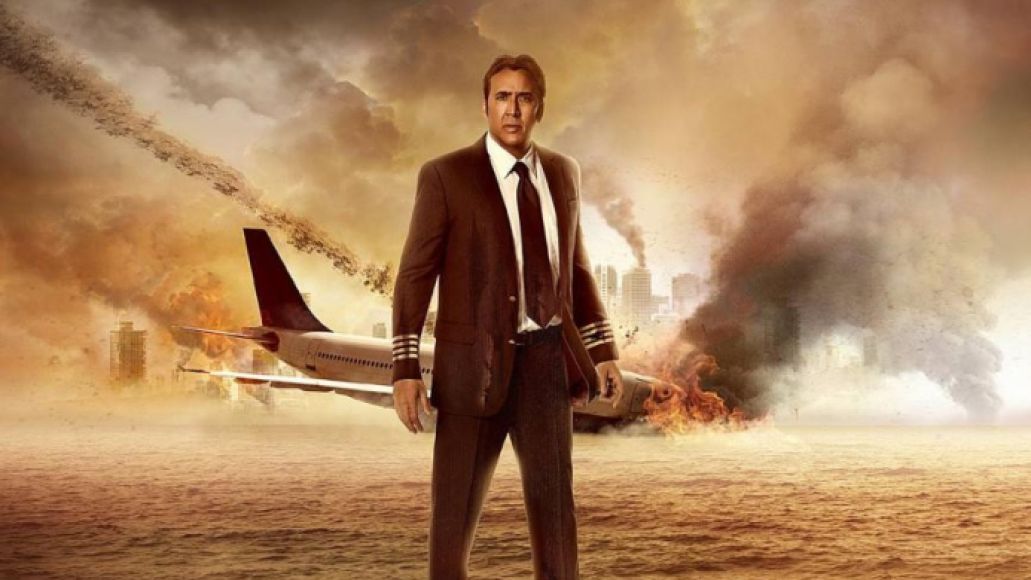 For all of Cage’s over-the-top turns in bad movies, the worst thing he can be is boring. There’s nothing more dismaying than watching one of the greatest, most interesting actors of his generation slum it in direct-to-video fodder, much more so when he’s given so little to do. And so it goes with Left Behind, where a sad, bloated Cage slums it in a slim-budgeted adaptation of the (first half of the first book of the) best-selling Christian thriller series, where the Rapture happens while Cage (as airline pilot Rayford Steele) has to deal with an airliner with half its passengers missing.

There’s nothing more haunting than a Nic Cage performance you have nothing to say about. But that’s him in a nutshell here: slumped over a blue-screened cockpit, dutifully saying his lines and waiting for the check to clear. That it also doubles as a culture-war shot across the bow for a godless America makes it even ickier. — Clint Worthington 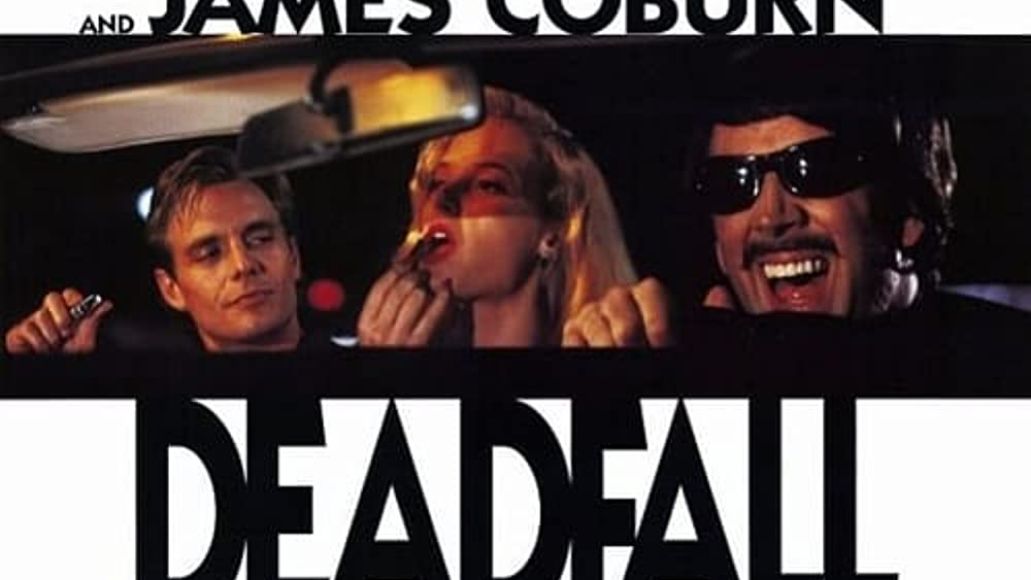 When you imagine the cliches of a bad Nic Cage performance — the gurning, the teeth-gnashing, the attempts to disappear into ever more ridiculous costumes and prosthetics — it’s hard to top his small but mighty cameo in brother Christopher Coppola’s lukewarm neo-noir Deadfall. Ostensibly, it’s a vehicle for Michael Biehn, whom no one else but James Cameron seems to know how to use properly, but everything else about the movie is forgettable.

That is, for Cage, who shows up in a Tony Clifton wig and suspiciously-darkened skin to play Eddie King, a boozed-out maniac who sucks up most of Deadfall‘s entertainment value for all the wrong reasons. Every line delivery is a new test to see how high Cage’s voice can go, how loud he can shout, how long he can hold the exact wrong syllable in a sentence. He’s truly let out of the Cage here, and it’s the ideal case study for when Cage’s unchecked instincts go wrong. — Clint Worthington This is, arguably, where the darkness begins. The shit job that paved the way for other shit jobs. The first dalliance with Disney where our young, hungry, and hunky hero first contracts the venereal disease of the soul that lies dormant for decades before erupting in VOD sores. Imagine this streak: Raising Arizona, Moonstuck, Vampire’s Kiss, Wild at Heart. Wow. The kid’s on fire. So what’s next? Fire Birds, aka Wings of the Apache … and it’s a real dick move.

What’s Cage’s motivation to put himself behind the cockpit of this obnoxious, yet fascinatingly heterosexual, rehash of Top Gun? Perhaps he was already knee deep with his bookies, or maybe he just had a Tom Cruise-sized itch to scratch. Regardless, there’s no excuse for this leftover Bush-era relic about a maverick Apache helicopter pilot battling Mexican drug cartels (somehow employing Russian whirlybird assassins who look like fat Sean Connerys to do their dirty work).

In the role of, yeah, Jake Preston, Cage enters the film like a ketamine James Dean. But as he masters his new trillion-dollar war toy by overcoming a dramatically weighed eye dominance problem, wins over a too-good-for-this-shit Tommy Lee Jones, and romances a fading Sean Young through the lost art of panty snatching, the Cage awakens and almost pumps this Top Gun Xerox to campy watchability.

The must-see for all Cage aficionados is an over-the-top flight simulator scene where Cage mistakes playing cocky for giving birth, and the way he Risky Business slides into a laundromat during his Sean Young nookie quest. But the movie’s as bland as the bubblegum his character insistently chews. It’s greedy. It’s artless. And it sows the seeds of the many mediocrities that come later. — Roy Ivy Cage’s other Disney endeavor, The Sorcerer’s Apprentice, did not in fact kick off a new franchise, as was the film’s clear aspiration. It seemed like a good idea at the time: rejoin Cage with National Treasure director Jon Turtletaub, use a beloved Disney property as a jump-off point, ???, profit. The problem was that the original Fantasia segment on which this film is (VERY) loosely based was not feature-length, and so Disney had to take creative licenses such as turning the apprentice into a nerdy scientist (Jay Baruchel) interested in Tesla coils and Cage into…well, a homeless man, apparently.

The film was buried not only by the unfortunate decision to release it only two days before Inception became the definitive cultural juggernaut of summer 2010, but by the odd lifelessness of the whole thing. Much like John Hammond before them, Disney spared no expense at any level, but aside from one memorable sequence involving a series of mirror-based teleportations, there’s nearly nothing about their would-be franchise film that’s particularly memorable. And in a film that could really use a man of Cage’s manic skills, you’d think he’d be offered more to do than growling his way through endless exposition and staring furtively from beneath one of his many notorious hairpieces. — Dominick Suzanne-Mayer By now we all knew of Cage’s financial foibles, but he hadn’t quite hit the gutter yet. Still slightly bankable, and still lovable after Bad Lieutenant and Kick-Ass, fans had good reason to expect a good time from Season of the Witch. But there’s no wattage in the Cage bulb in this dull, dull, dull … oh my God, it’s just one of the most boring movies ever made. You’d think Dominic Sena would bring some hyperactive, faux-Bay flair to this snoozer about knights escorting a Black Plague-carrying witch to the safety of a monastery. You’d even think Cage would get off on going medieval on these witches. You deserved a Wicker Man-esque freak-out of Cage bellowing, “WITCHES!!! WITCHES!!!”

But no, he plays this thing uncharacteristically sullen, emitting not a single kilowatt as he slogs from one green screen to another as this cauldron of cold soup drags along. Ron Perlman tries to add some Perlman gruff to his role as the sidekick, but Cage bogs it all down by denying us even a single shred of frenzy. His performance is like a sad, old hooker who just lies there, refusing to grunt out even a single kegel for those who trotted out to one of his increasingly rare theatrical releases. But all that matters is he got paid, and he didn’t have to leave Louisiana to sleepwalk through one of his worst films. — Roy Ivy