It’s a good day to be a Prince fan. At midnight, His Royal Badness’ long-awaited lost album, Welcome 2 America, was unveiled to the world. Stream it below.

Recorded in 2010 and then mysteriously placed in the late musical icon’s vault ahead of his unforgettable tour of the same name, the 12-track studio set contains previously released singles “Born 2 Die,” “Hot Summer,” and the title track, as well as never-before-heard songs like “Running Game (Son of a Slave Master),” “Stand Up and B Strong,” and “One Day We Will All B Free.”

“The world is fraught with misin4mation. George Orwell’s vision of the future is here. We need 2 remain steadfast in faith in the trying times ahead,” Prince said in a 2010 statement released by his estate ahead of the album’s unveiling. According to the estate, the long-awaited LP — which features additional backing vocals by New Power Generation singers Liv Warfield, Shelby J., and Elisa Fiorillo and bass by Tal Wilkenfeld — “documents Prince’s concerns, hopes, and visions for a shifting society, presciently foreshadowing an era of political division, disinformation, and a renewed fight for racial justice.”

The deluxe edition of Welcome 2 America also contains a Blu-ray of the late High Priest of Pop’s April 28th, 2011 concert at The Forum in L.A. Stream Welcome 2 America and check out the album’s cover art and full tracklist after the jump.

In April, Prince’s ashes were put on display at his famed Paisley Park home in honor of the fifth anniversary of his tragic 2016 passing. Two months earlier, Divinity (one of his beloved white doves that occupied Paisley Park’s atrium) died at the age of 28, four years after her male companion Majesty also passed. 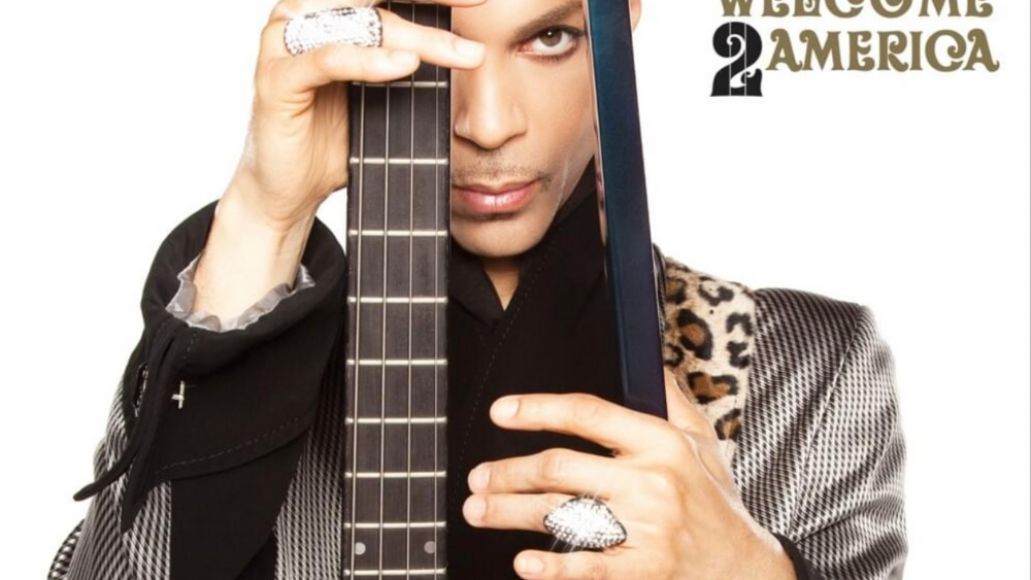