Over the past several months, the married pair have treated us to eccentric covers of mostly hard rock and metal classics, but this time around they celebrate the ’70s UK punk scene from which Toyah started her own music career. Inspired by bands like Sex Pistols, she garnered much success as a punk and new wave singer fronting her eponymous band Toyah in the late ’70s and early ’80s, scoring a string of hits in England.

Vocally, “Pretty Vacant” arguably suits Toyah’s voice more than any of the previous covers. And, as always, she brings the fashion, this time sporting a mohawk and body paint, and wearing a barely-there sheer top that is dangerously close to falling off completely. King Crimson founder Fripp, done up as a punk rocker himself, gets a firsthand look as Toyah presses his face into her chest at the end of the performance.

As has been the case for the past several performances, mysterious guitarist Sidney Jake joins the couple in their kitchen for the Sex Pistols’ cover.

Last week, Robert and Toyah tackled System of a Down’s “Chop Suey,” while previous covers have included a super-viral rendition of Metallica’s “Enter Sandman,” which has surpassed 7.5 million views on YouTube, as well as renditions of Scorpions’ “Rock You Like a Hurricane,” and Motorhead’s “Ace of Spades,”, among countless others.

The couple will either have to bang out a bunch of new performances in advance or take a break from their “Sunday Lunch” series, as Fripp will soon be exiting the kitchen to embark on a King Crimson 2021 U.S. tour. The outing kicks off July 22nd in Clearwater, Florida, and runs 28 dates in total. Tickets are available for purchase via Ticketmaster or StubHub. 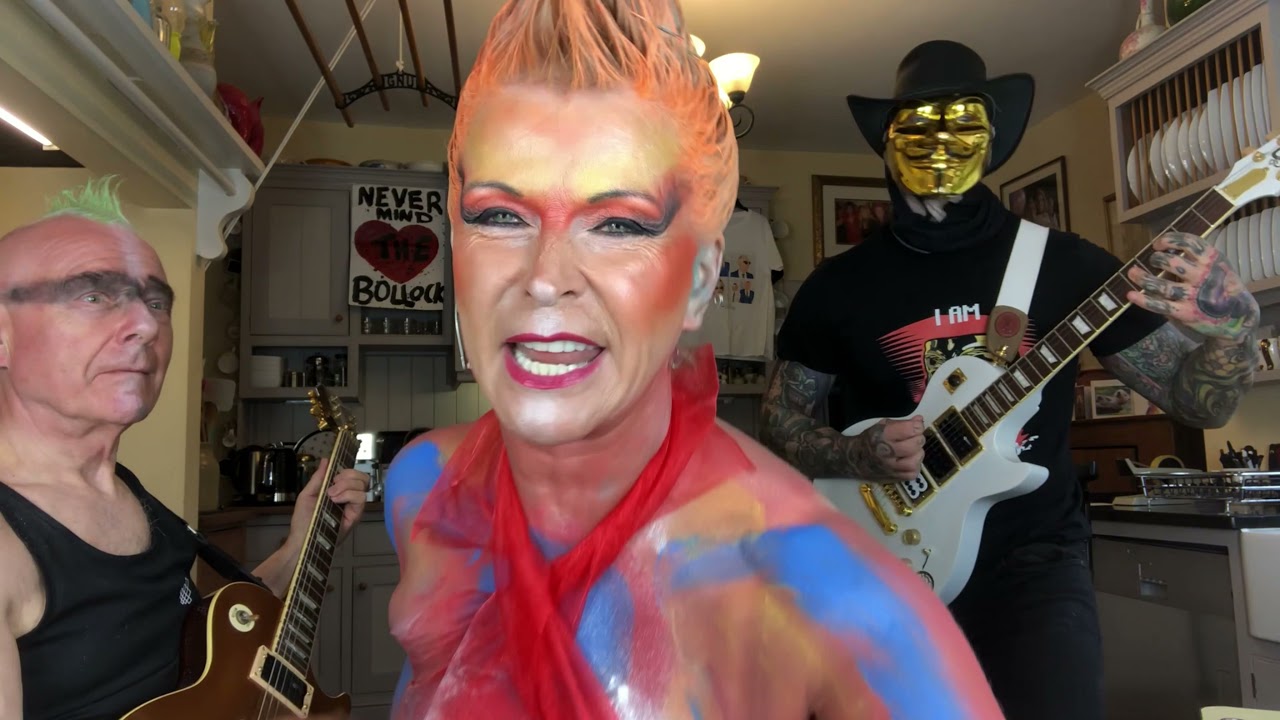