For being such a low-key event, Newport Folk Festival sure loves to jam as many star-studded cameos and surprises as possible into their schedule. The latest example of such went down on Tuesday when Beck was joined onstage by Sharon Van Etten, Jack Antonoff, and Fred Armisen for different songs. Because, you know, why not?

Normally Newport Folk Festival takes place over the course of one weekend, but the 2021 edition of the event is operating a little differently. They divided their schedule up over two back-to-back three-day chunks, each with a completely unique lineup. To help mitigate COVID-19 risks, Newport organizers also limited the capacity to just 5,000 daily attendees.

All of this helps set the scene for the magical reality of a cameo-filled set like the one Beck just pulled off. Apart from four songs, Beck’s entire setlist pulled from his ’90s albums and sprinkled in some rare deep cuts like “Nitemare Hippie Girl” that he doesn’t play often, especially at a music festival of all places. Midway through that already rad set, Beck invited Sharon Van Etten onstage to perform “Asshole” off his 1994 record One Foot in the Grave. That sounds incredible, and unfortunately it will remain a mythical moment to everyone expect those who were present because there’s no footage of that online yet.

Shortly afterwards, Beck brought up producer extraordinaire Jack Antonoff to help him cover “Everybody’s Gotta Learn Sometime,” his tear-jerker spin on The Korgis from the Eternal Sunshine of the Spotless Mind soundtrack — which, mind you, just got a vinyl reissue. During the final moments of Beck’s set, Fred Armisen snuck behind the drum kit to bring some life to crowd-pleaser hits “Debra” and “Loser” while also cracking jokes, as the Saturday Night Live alum is bound to do. Watch fan footage capturing those moments below, as found by Stereogum.

Newport Folk Festival officially wraps up later today, but you can revisit our 10 favorite moments from the first weekend. As our Editorial Director Ben Kaye put it, “For all the cultural and societal background to this year’s proceedings, the overarching theme was still — and simply — the rebirth of live music. This return was as welcomed by the artists as the fans, perhaps even more so, as performers’ pure joy at playing with their friends and peers again on full display.” 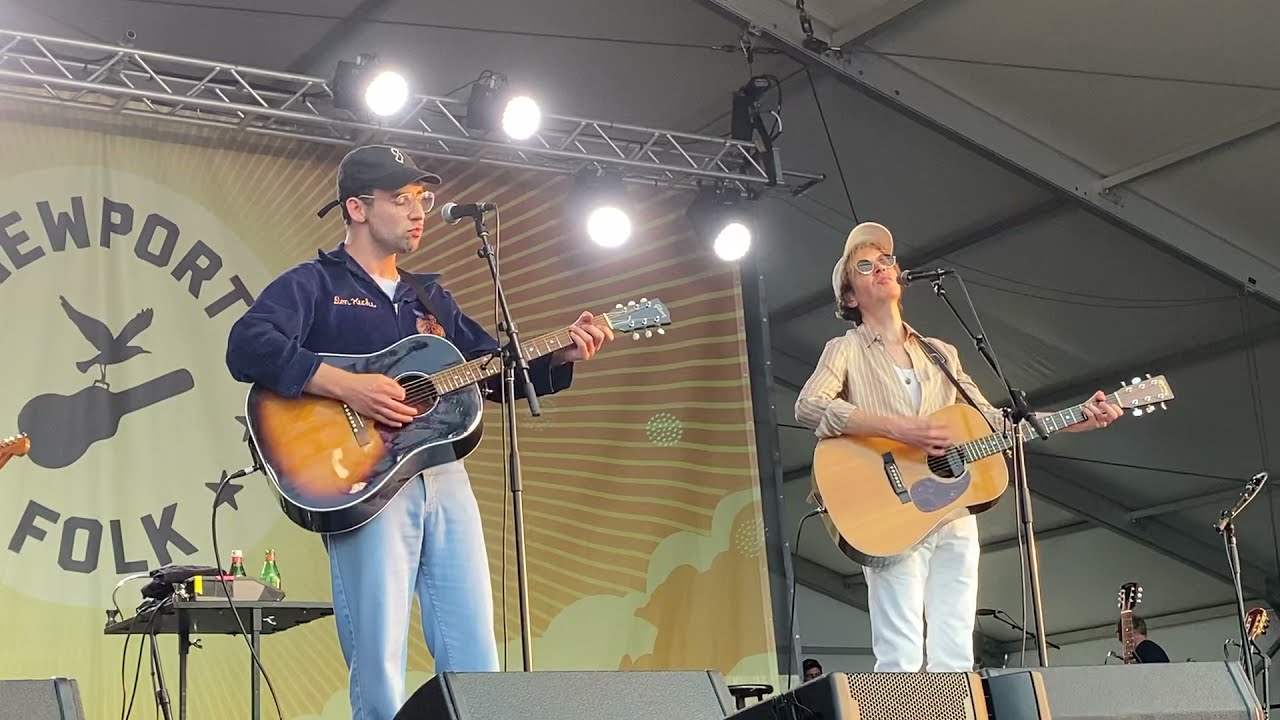 A post shared by The Gospel of Beck (@thegospelofbeck)