The Doors guitarist Robby Krieger has announced his first-ever memoir. It’s called Set the Night on Fire: Living, Dying, and Playing Guitar with The Doors and it’s due out October 12th via Little, Brown and Company.

The Doors need no introduction, and in a perfect world neither would Krieger. He was inducted into the Rock and Roll Hall of Fame in 1993, has been hailed by Rolling Stone as one of the greatest guitarists of all time, and is still collaborating with artists like Miley Cyrus and Alice in Chains to this day. And yet, Krieger is notoriously tight-lipped and shy when it comes to discussing his noteworthy career — which makes this memoir all the more exciting.

Over roughly 320 pages with some help from writer Jeff Alulis, the legendary musician has finally opened up about The Doors’ mythological career, his own life lows, and the most famous black eye in rock ’n’ roll in his book. A description for Set the Night on Fire by the publisher promises “never-before-told stories from The Doors’ vital years” as well as a fresh perspective on the band’s myriad of iconic moments and some insight into Krieger’s storied career.

“Through a series of vignettes, Krieger takes readers back to where it all happened: the pawnshop where he bought his first guitar; the jail cell he was tossed into after a teenage drug bust; his parents’ living room, where his first songwriting sessions with Jim Morrison took place; the empty bars and backyard parties where The Doors played their first awkward gigs; the studios where their iconic songs were recorded; and the many venues where concerts erupted into historic riots,” reads’ the memoir’s description. “Krieger also goes into heartbreaking detail about his life’s most difficult struggles, ranging from drug addiction, to his twin brother’s mental breakdown, to his own battle with cancer. Counterbalancing the sorrow are humorous anecdotes about run-ins with unstable fans, famous musicians, and one really angry monk.”

Pre-orders for Set the Night on Fire are currently ongoing. Check out the cover artwork for the memoir below. Last fall, Krieger joined Kyle Meredith on his podcast to discuss the 50th anniversary of Morrison Hotel, how he came up with the solo to “Peace Frog,” and his new album The Ritual Begins At Sundown. Revisit their joyful conversation here.

Set the Night on Fire Artwork: 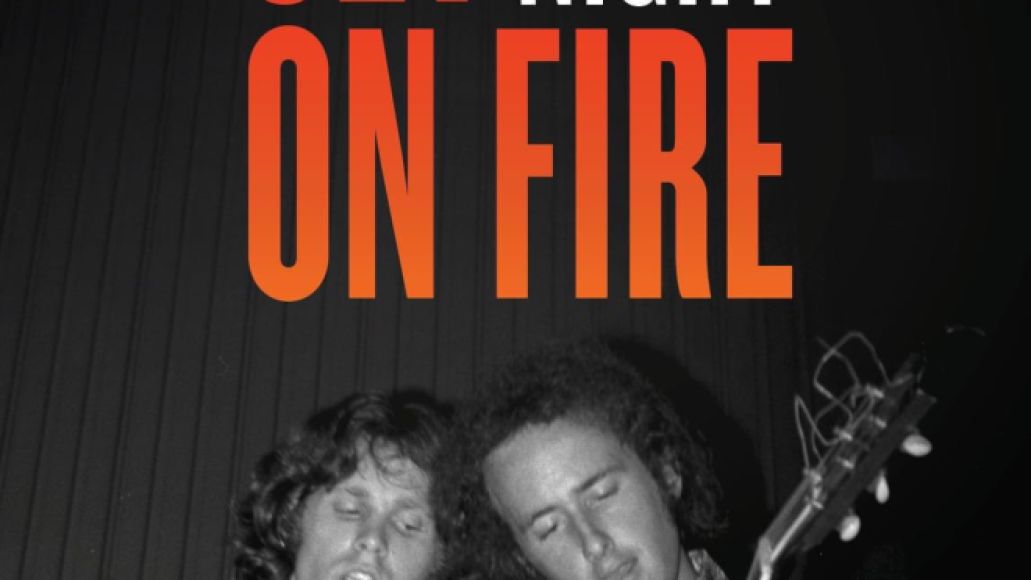