Toyah Willcox and Robert Fripp take on one of the great 21st century metal tunes in their latest “Sunday Lunch” performance. The married couple, along with the mysterious Sidney Jake, rock the System of a Down classic “Chop Suey” from their kitchen.

Looking like characters in a Mad Max movie, Toyah and Robert go full throttle in covering “Chop Suey,” the lead single from System of a Down’s Toxicity (which celebrates its 20th anniversary in September).

King Crimson founder Fripp has completed a full transformation from the conservative suit vest and tie he would wear at the beginning of the “Sunday Lunch” series, now donning a mohawk and theatrical eye makeup, as well as body art similar to what SOAD guitarist Daron Malakian sported in the official “Chop Suey” music video.

Toyah, meanwhile, belts the song while dressed in a sheer top, black angel wings, and body paint (censored with strategic pixelation). And the enigmatic Sidney Jake, with his usual golden Guy Fawkes mask over his face, reps the tune’s originators with a System of a Down shirt.

Since late last year, Toyah and Robert have consistently offered up entertaining covers of mostly classic hard rock and metal tracks, with Toyah’s provocative outfits and the pair’s eccentric renditions of the songs helping many of the performances go viral.

Their cover of Metallica’s “Enter Sandman” has racked up nearly 7.5 million views thanks in large part to Toyah wearing a see-through shirt while riding an exercise bike. The singer sported a full Catwoman outfit for a rendition of Scorpions’ “Rock You Like a Hurricane,” and has worn a French maid getup (Motorhead’s “Ace of Spades”), a cheerleader costume (Billy Idol’s “Rebel Yell”), a naughty nurse uniform (Alice Cooper’s “Poison”), a mermaid costume (Heart’s “Barracuda”), and body paint (The Prodigy’s “Firestarter”). She even fully flashed Fripp during a performance of ZZ Top’s “Sharp Dressed Man.”

Fripp, meanwhile, will soon be exiting the kitchen to embark on a King Crimson 2021 U.S. tour. The outing kicks off July 22nd in Clearwater, Florida, and runs 28 dates in total. Tickets are available for purchase via Ticketmaster or StubHub. 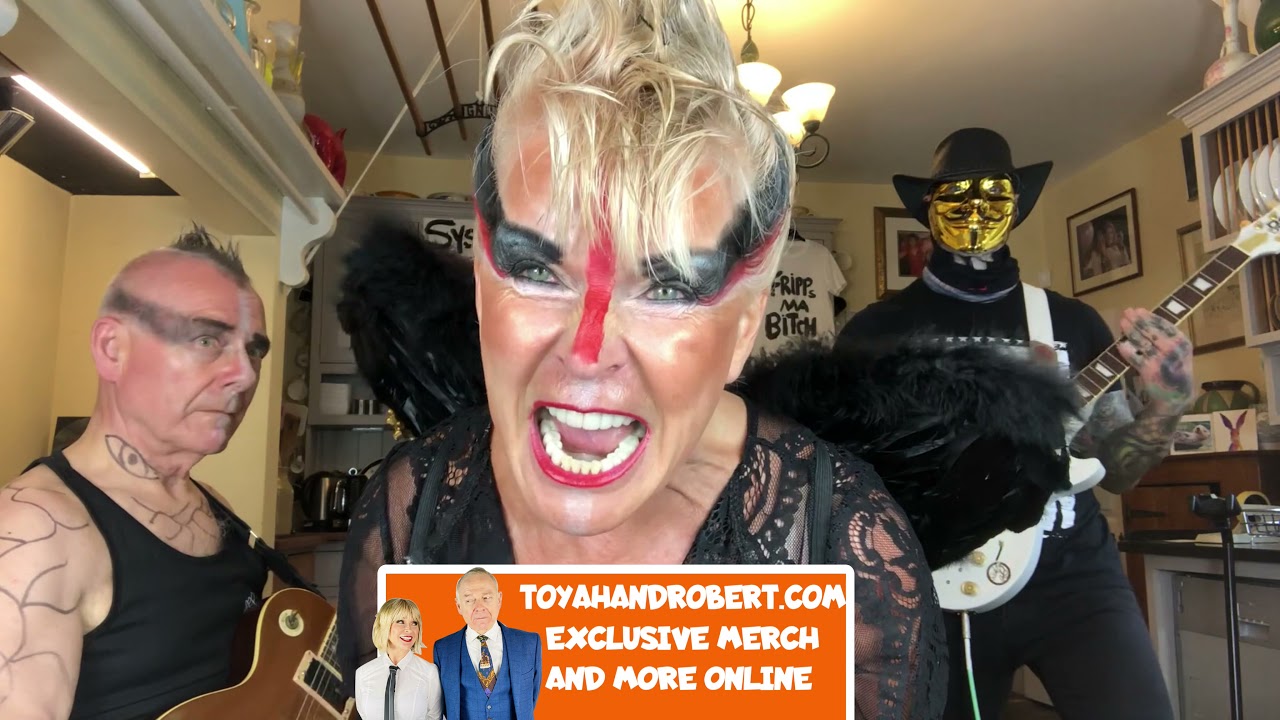