The Pitch: Paging Dr. King: It’s time for another round of “Let’s Basically Do The Shining!” For the latest installment of Ryan Murphy and Brad Falchuk’s long-running horror anthology series, we settle in with the Gardners — father Harry (Finn Wittrock), wife Doris (Rabe), and daughter Alma (Ryan Kiera Armstrong) — driving to the sleepy seaside town of Provincetown, Massachusetts.

Harry’s a writer looking to get out of the city and cure his writer’s block; Doris, who’s expecting their second child, plans to renovate their drab vacation house in exchange for free rent. But naturally, a few things are amiss about their new home: the neighboring houses turn on red lights as the sun goes down, creepy albinos with fangs loiter around the local graveyard, and “Tuberculosis Karen” (Sarah Paulson), just one of many opioid addicts in town, rants and raves for them to get out while they can.

Before long, Harry will run into a pair of mysterious fellow artists (Evan Peters and Frances Conroy) who also vacation in Providence for inspiration. And the source of their inspiration, which they gladly share with Harry, is a lot more dangerous — and bloody — than you could ever imagine. (Not really, it’s vampires. It’s totally vampires.)

Hole In Your Soul: At its heart, American Horror Story is camp horror pastiche at its most ostentatious: Every season, Murphy and Falchuk pay homage to everything from alien invasion stories to witch movies to tales of the apocalyptic (and, in the case of things like AHS: Apocalypse and recent spinoff American Horror Stories, itself). But so far, Double Feature — or, more specifically, this first half of the season, entitled Red Tide — feels comparatively stripped-down and simple for an AHS season.

Granted, that’s not saying much: this is still the kind of show, after all, that introduces Peters and Conroy in a bar singing a karaoke duet of “Islands In the Stream” (instantly one of the series’ most iconic moments), with all the “looking for a third” vibes that implies. Plus, Paulson’s floofy, ratty coat and pale-lipped rantings feel perfectly calibrated for the mania this show delights in supplying her. 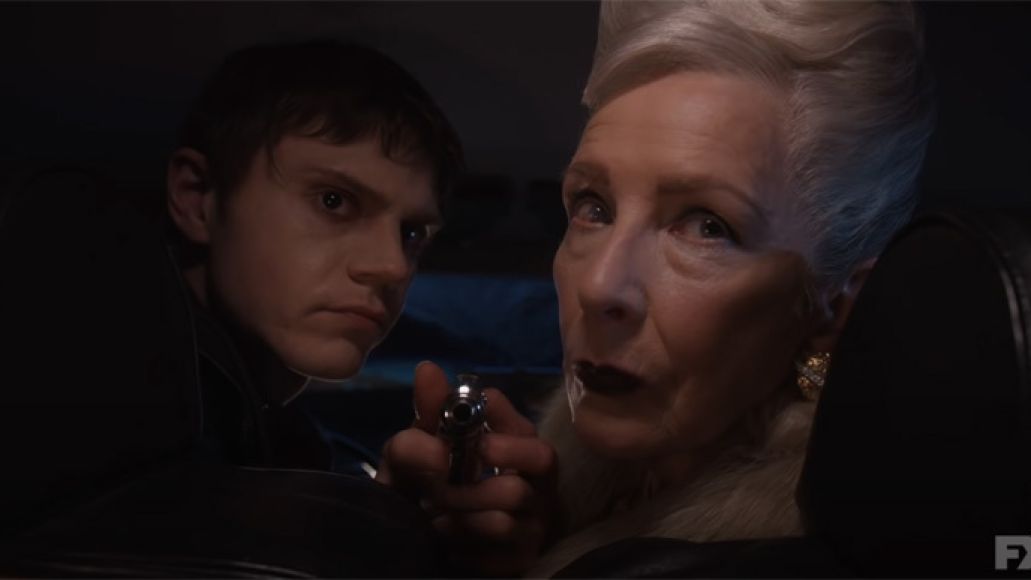 As our window into the kooky happenings, Wittrock and Rabe are capable leads, the former with his boyish energy that can quickly give way to steely-eyed menace, the latter with her neurotic Shelley Duvall fragility that seems one setback short of a total breakdown. Armstrong, in particular, is a nifty addition to the typical AHS stable, elevating the typical creepy kid formula with a kind of internal projection of her own insecurities. Generally, the first episode (“Cape Fear”) does a brilliant, economical job of setting up the various quirks of Provincetown and the locals that inhabit it, easing us into the weirder reveals the series is set to explore.

Pale: But while “Cape Fear” offered a nicely textured introduction to the series’ broader story, episode two (“Pale”) took a steep dive into the archness that sometimes proves American Horror Story‘s greatest weakness. We quickly learn the true secrets of Peters’ Austin Sommers and Conroy’s Belle Noir — they’re vampires who take a little black pill in order to stimulate the creative juices and craft works of impeccable quality. The catch is, of course, that the pill “depletes the minerals” in their blood to do so, which means they’ve got to replenish it — take three guesses how.

The results are often deviously entertaining, a kind of sloppy but satisfying metaphor for the consumptive nature of creativity. But “Pale” spends a lot of its runtime with a recently-blackpilled Harry poring over keyboards and tedious handwringing over whether to keep up this devil’s bargain in exchange for creative genius. He also leaps way too hard into the gig for episode two, immediately seeking out a craven dentist (played by Billie Lourd) who’s willing to file Harry’s teeth down into fangs to make “the feed” more effective. (And someone, please tell Ryan Murphy that the red juice in steaks isn’t actually blood; it’s just meat’s natural juices colored by the myoglobin in mammalian muscle.) 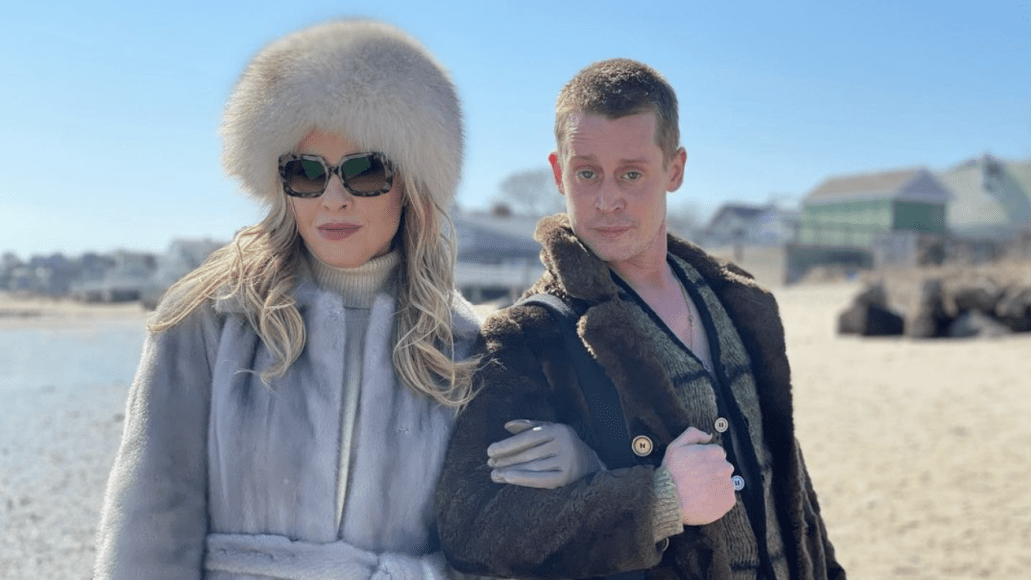 Keep the Change, Ya Filthy Animal: But for the series’ expansive stable of actors, this season has gotten a fair amount of attention for the addition of Macauley Culkin to the cast, and his few scenes so far are some of the season’s highlights. As Mickey, a tweaked-out gay barfly who saunters through town with chapped lips and an ostentatiously furry coat, he’s over the top and sardonic in the best way (“Frottage,” he purrs to Harry in a clumsy come-on. “It’s French for rubbing our dicks together.”).

He’s also got a strange bargain with Belle Noir, one that further explains his outsider status and fleshes out the metaphors on display. Where the mad creatives are those willing to eat others alive, there are those who are content to be fed on just to be close to such creativity — even if they lose their own stunted potential in the process.

The Verdict: It’s far too early to tell what twists and turns lie in wait for the rest of the season, especially considering that we’ve got a seemingly unrelated Part 2 coming (titled Death Valley) at the tail-end of the season. Who knows how the two will relate, apart from the typical American Horror Story chestnut of shared cast members (Paulson and Rabe ought to return, along with Leslie Grossman and Angelica Ross). As is, Red Tide is a promising, stripped-down start to this season, one whose comparative brevity might just save it from the bloat and ridiculous reveals that plague other seasons of the show.