The Pitch: The Nine-Nine is back, baby, but the precinct just isn’t the same: The one-two punch of the COVID-19 pandemic and the post-George Floyd reckonings with the utility of American policing have left the gang more dispirited than ever. Rosa Diaz (Stephanie Beatriz) quits the force in disgust at her complicity and becomes a private detective; Hitchcock (Dirk Blocker) retires and mostly just hangs out with Scully (Joel McKinnon Miller) over FaceTime; the strain of being a Black precinct commander has even taken its toll on Capt. Holt’s (Andre Braugher) personal life. But can the gang pull together and do their jobs — and maybe even enact some positive change within the force?

Reading the Room: Even for hardcore Brooklyn Nine-Nine fans (of which I consider myself one), the final season is one we’ve been anticipating with a mixture of joy and dread. From the get-go, Michael Schur and Dan Goor’s police sitcom felt like a breath of fresh air, a workplace procedural that took policing seriously while still occasionally dealing with the very real issues plaguing police forces in America — specifically, their discriminatory practices towards people of color and other marginalized groups, often hard-baked into many police work cultures.

But as public opinion turned rapidly on the police last year in the wake of the George Floyd protests, and more people actively acknowledged the unsustainability of policing as it currently exists, how would the eclectic, tight-knit sitcom coppers we’ve come to know and love (and save from cancellation) respond? 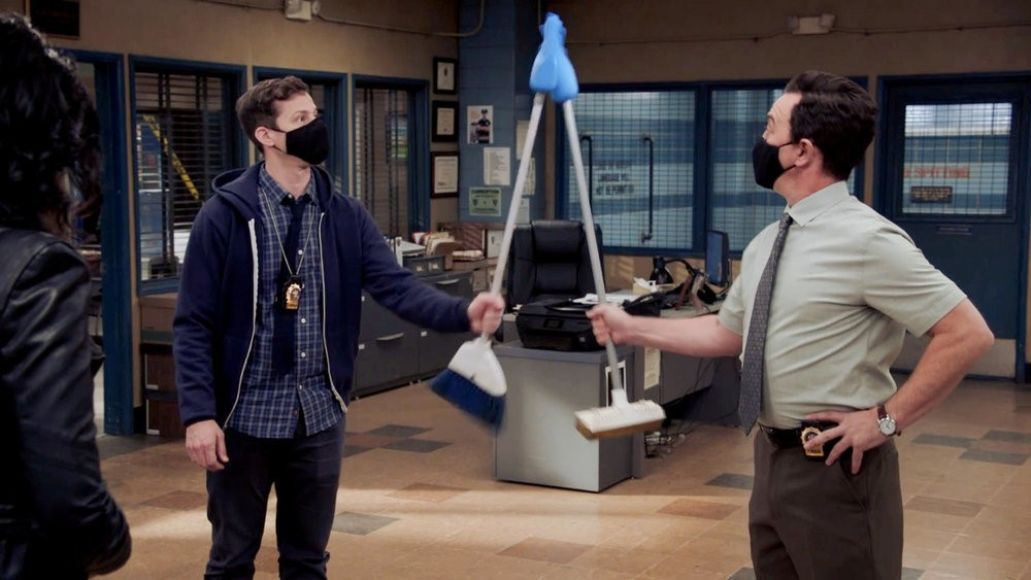 If the five episodes released to critics (two of which premiere tonight) are any indicator, the answer is with earnest, if somewhat blinkered, self-reflection. The first episode of the season, “The Good Ones,” gets it all out in the open with a half-hour-long uncomfortable exhale, as the precinct reels from the realization that the public no longer sees them as the servants and protectors they saw themselves as.

Charles (Joe Lo Truglio) goes full performative, throwing on kente cloth and flashing Terry (Terry Crews) Black Power fists to show he “gets it.” Even Jake (Andy Samberg) sees Diaz quitting the force as an indictment of him staying, and tries to salve his conscience by helping her get a client’s bogus charges dropped from two racially-profiling police officers. “I’m one of the good ones,” he protests, “and not one of the bad ones that says they’re one of the good ones.”

But eventually, he hears another cop say the same thing right back to him as she roadblocks their progress — she’ll drop the charges, and agrees the cops in question are bastards, but won’t do anything to punish them. It’s a solid moment of conflict for Jake and Rosa, but it also calls into question Jake’s decision to stay on the force.

It’s the kind of conceit that could only exist in the fantasyland of sitcoms: how, of all the precincts in the NYPD, does the Nine-Nine somehow escape the toxic culture that even the show recognizes has infected the rest of the NYPD? And even after realizing this, why do most of them stay? If the remaining episodes are an indicator, the rest of the season will see the force working from within to improve police processes and root out corruption, even as a blustering police union rep (A conservative Billy Joel fan played by John C. McGinley) nips at their heels.

You’ll hear the word “reform” a lot, and given the debate about how effective “police reform” is, it rings a little false. Brooklyn Nine-Nine wants to have its cake and eat it too, making sure our police-officer main cast remain Good People despite the obvious problem of their very occupation making them complicit in violent, racism systems of oppression. If 2020 hammered home that changing the system from within is basically impossible, it becomes harder to swallow their continued attempts to do so. 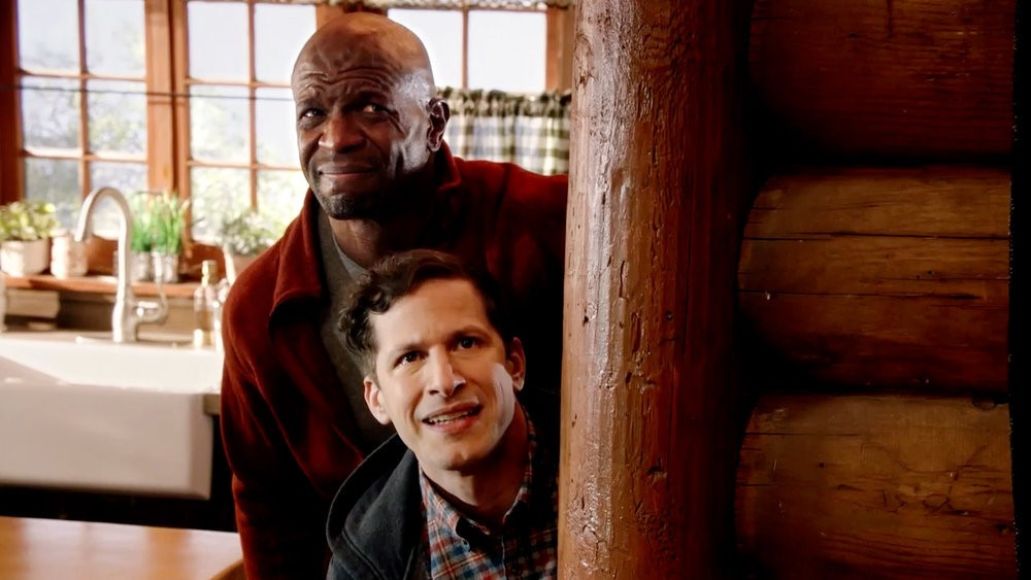 One of the Good Ones: On some level, the showrunners, writers and cast know that this is an impossible conflict to reconcile, which is why the rest of the episodes seen thus far seem to run away from the issue as fast as humanly possible. The second episode of the premiere gets the gang out of the precinct and to Holt’s lake house (not a house by the lake, but a house built by someone named Lake) as Jake pulls a Parent Trap to try to rescue Holt’s marriage. It’s a lark of an episode studded with some pretty solid gags — Braugher can turn any Raymond Holt affectation into a masterclass in fussiness, and Diaz on edibles is a hoot — but it also feels like they’re taking a vacation from the real problems they’ve left behind at the precinct.

Further episodes go back to the fray, lampooning the Shake Shack incident where cops claimed an employee put bleach in their milkshake to punish cops (spoiler: it was all a lie) and even giving us a pleasant final lap with Doug Judy (Craig Robinson), even as conversations turn to whether he even deserves to be in prison. The criminal justice system is unfair and hopelessly corrupt, and the characters agree. But (save Diaz and, perversely, Hitchcock) none of them want to put their jobs on the line. As further episodes pit the precinct against the rest of the NYPD (they’re the only ones to not participate in a “blue flu” strike against the city), the show eventually rests on the idea that our characters might well be the only good cops left.

The Verdict: In the lake house episode, Terry supports Jake’s unpopular plan to get Holt and his husband back together, but won’t do it in public, because he’d rather do the right thing if he doesn’t have any skin in the game: “Terry loves hedging.” He’s not the only one — Brooklyn Nine-Nine‘s final season occasionally feels like one big hedged bet, banking on its audience’s love for its characters to get them through one last batch of good-natured adventures. That’s the kicker: even through these pains, the show is still fun. The cast has amazing chemistry, and the episodes still have that rapid-fire timing that makes even mediocre episodes of the show sprightly and watchable.

It’s admittedly a bit much to ask Mike Schur and a bunch of comedians to try to dismantle the entire policing system brick by brick, especially over a single season of television. But the dissonance is still there, and not even our boys and girls in blue can ignore it any longer. They’re being thoughtful about it, but the jury’s still out as to whether that’s enough, or just (forgive me) a cop-out.

Where’s It Playing? Brooklyn Nine-Nine goes out of its way to say that not all cops are bastards (well, apparently literally only them) on NBC Thursday nights. 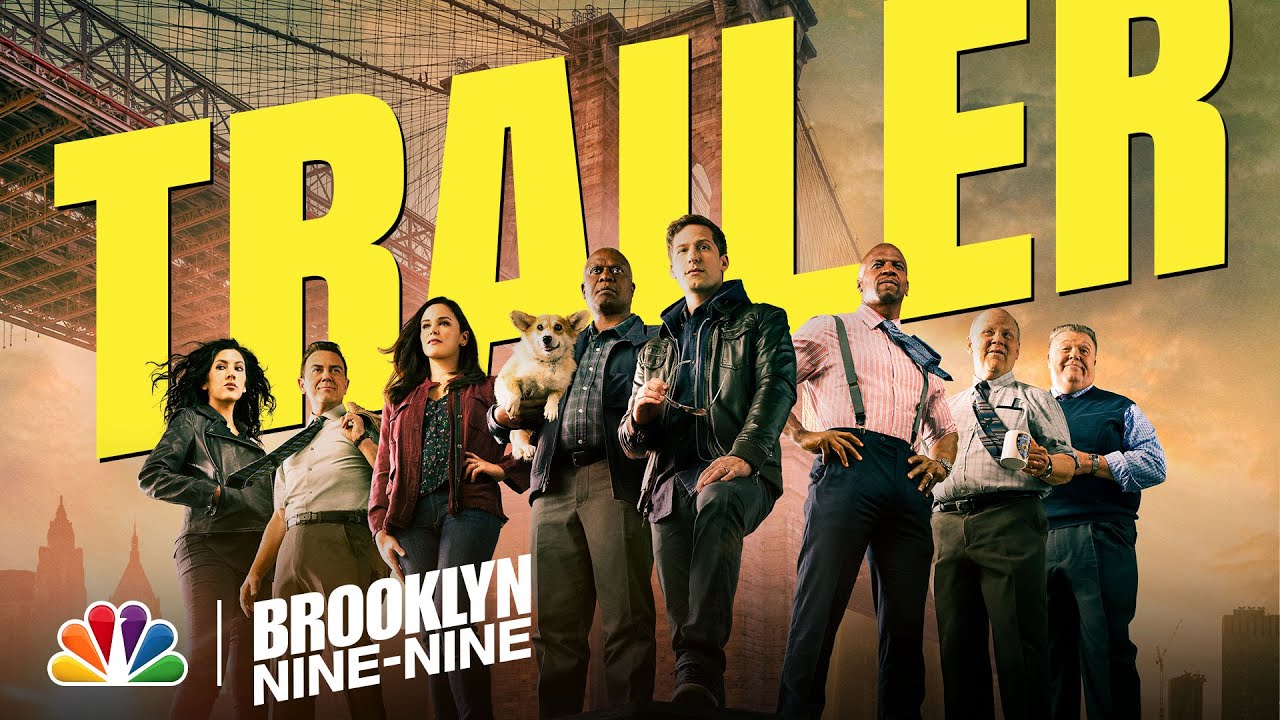