The Pitch: Set in modern day Chicago, Candyman, the “remake” of the iconic 1992 film of the same name, turns out not to be a remake at all. Directed by Nia DaCosta, it’s more of an addition to the series’ original story (which itself is based on a short story from Clive Barker entitled “The Forbidden”), than it is a retelling of Bernard Rose’s cult classic.

1992’s Candyman is widely regarded as a staple in the horror genre. It’s told from the scope of Helen Lyle, a graduate student who travels to Chicago’s storied Cabrini-Green projects in order to co-write a thesis focusing urban legends and folklore. When she goes further into her research, she eventually learns of the city’s most intriguing urban legend, Candyman.

As her obsession with the story increases, it forces Lyle on a path of self-reflection, and a horrific revelation of human nature. DaCosta’s Candyman follows a familiar pattern, addressing themes of gentrification, race, police brutality, and the ignorance regarding the widening divide between social classes.

Where Are We? Co-written by Jordan Peele (Get Out, Us) and Win Rosenfeld, Candyman delves deeper into the Black psyche in America through different frames of mind. Almost 30 years removed from the original, the movie brings the story back to Chicago in the area of Cabrini-Green, although much of it has changed. Throughout the years, the neighborhood has undergone massive gentrification, and finds the African Americans at the story’s center in a place of affluence rather than poverty.

In contrast to the series’ first installment, DaCosta’s project places more emphasis on the Black experience, rather than Helen Lyle’s perspective of someone from the outside, looking inward. While Lyle’s race differed from the majority of Cabrini-Green’s tenants, her connection with the film’s title character allowed her to explore the tragic roots of his story, along with exposing America’s horrible past. While Lyle’s research may have begun as a study of people’s cultural fears, her race ultimately blinded her from the underlying implications of her thesis.

Going beyond Candyman’s original story and more into the cultural appropriation — and the systemic issues that have historically plagued communities of color — make 2021’s Candyman more than just a horror flick, but a powerful lesson in empathy and public responsibility. 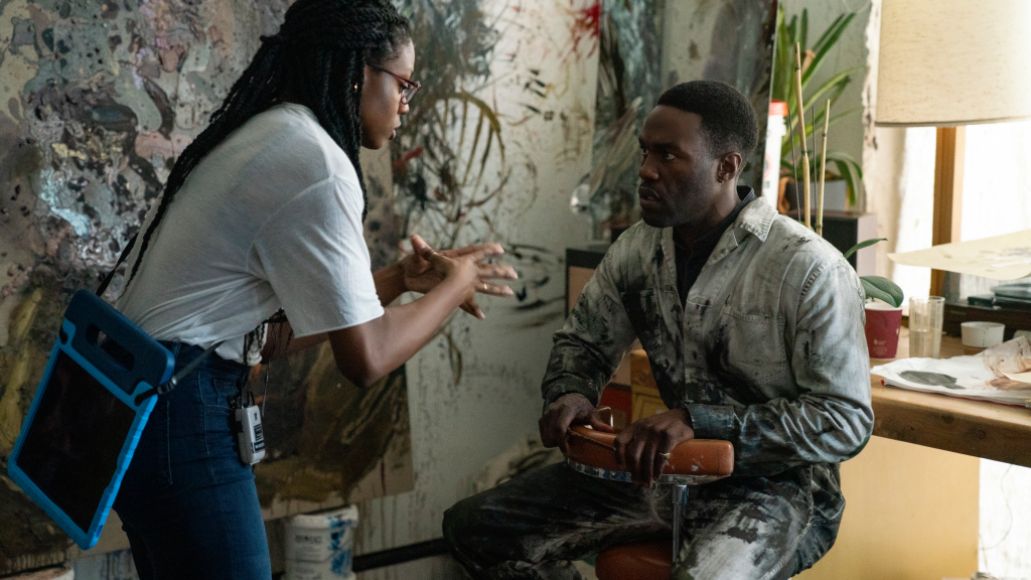 Art, Imitating Life: Anthony (Yahya Abdul-Mateen II) is the film’s star; an up-and-coming painter whose career has reached a point of stagnation. His partner, Brianna Cartwright (Teyonah Paris), is a gallery curator whose innovative ideas and art world connections provide the perfect relationship for Anthony both as a man and an artist. During his search for a new, creative voice, he decides to gather inspiration from Cabrini-Green and its surrounding area; it is there where he encounters resident William Burke (Colman Domingo), who first informs him of the true story of Candyman.

Following an art exhibition put together by Brianna, a tragedy occurs involving one of Anthony’s pieces; aptly titled “Say His Name.” This event creates a heightened curiosity in both Anthony’s artwork as well as in Brianna as a curator — advancing the themes of cultural insensitivity.

Chicago’s foremost art critic Finley Stephens (Rebecca Spence), who is initially unimpressed with Anthony’s talent, becomes fascinated once Anthony gains more attention from the general public. William Burke’s statement of “they love what we make, but not us” serves as a nod towards appropriation that occurs in many forms of art, and the interest in Black culture, but not the Black bodies that make it possible.

Similar to Lyle, Anthony’s intrigue towards the urban legend leads to an obsession, and he then begins to explore Candyman’s story through a series of paintings. In his new artistic undertaking, he unwittingly exposes a traumatic past and creates a string of violent events, making him evaluate reality, along with the purpose of his existence.

As the movie progresses, however, his fate serves to be the only thing never in question. Through various scenes, the story of Helen Lyle is told through the lens of national media and word-of-mouth retention. This is important in regard to the 1992 film, because the fictionalization of Lyle’s story as opposed to what really transpired serves as a microcosm for one of DaCosta’s larger, more poignant messages in the film.

Say His Name: Over the years, Tony Todd’s portrayal as Candyman in 1992 has transitioned from that of vengeful killer to sympathetic figure. The character’s emergence spawned from the murder of Daniel Robitaille, a painter and son of a slave whose transgressions led to dire consequences. His tragic tale is eerily reminiscent of so many stories involving African American men and white figures of authority. This lineage of trauma stretches far beyond the boundaries of Cabrini-Green, which Candyman’s mostly untold background aims to highlight.

Here, John Guleserian’s cinematography, along with DaCosta’s insight and Robert Aiki Aubrey Lowe’s haunting composition, lays the foundation for a film with mesmerizing visuals, and a storyline primed to keep audiences on the edge of their seats. Featured in many of Candyman’s powerful montages, Manual Cinema’s series of beautiful, animated sequences uses shadow puppets in order to compare Robitaille’s origins with Black men murdered on the altar of institutional racism and systematic oppression. 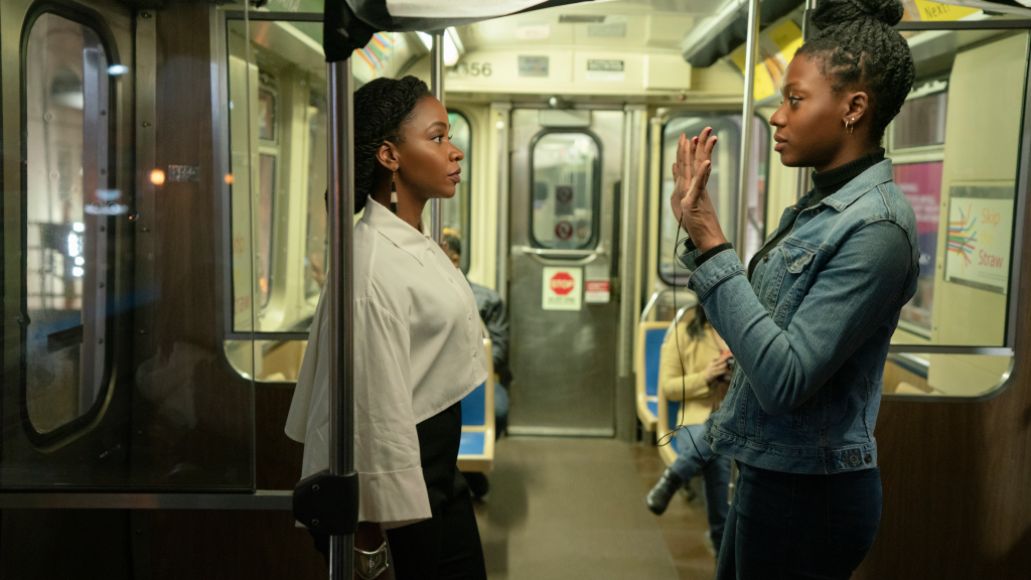 “Tell Everyone…” The inescapable legacy of misplaced empathy, violence, and the blurred line between cultural appropriation and authentic reverence for one’s art makes Candyman an excellent watch for surface fans of the horror genre, as well as more cerebral moviegoers. DaCosta’s parallel between the racism that exists today, and the sins of previous generations produced a key question: “Will the story of Candyman, amongst many others, withstand the test of time?” Our history, however painful it may be, must continue to be told not only to educate, but to inform so that these misdeeds will cease to be repeated.

Much like the 1992 film, Candyman is not devoid of bloodshed — although it features less than most of the slasher flicks of its time. What it lacks in gore is compensated by the hatred that is woven into society as a whole, and the very real threat of racial injustice that continues to this day.

“Candyman, at the intersection of white violence and black pain, is about unwilling martyrs,” DaCosta said in a since-deleted tweet in 2020. “The people they were, the symbols we turn them into, the monsters we are told they must have been.”

The Verdict: Candyman pays homage to the original, while still maintaining its uniqueness with a fresh and provocative plot. The story explores the violent pasts that plague us and individuals, along with the racism that this country was founded upon. Akin to the franchise’s previous films, it adds to the story, but it also pushes it forward by attaching context to the past and making the future more open for interpretation.

Where’s It Playing? If you say his name five times, Candyman arrives at a theater near you on Thursday, August 26th.