Due to the pandemic, NPR has been hosting its beloved Tiny Desk Concert series wherever artists want to film their special contribution. Lots of people have replicated Bob Boilen’s famed office space by sitting behind their own desks, playing acoustic songs, or even recreating a miniature set in their apartment. Dinosaur Jr. are the latest group to film a Tiny Desk (Home) Concert, and they recreated the magic of that iconic NPR room for it by way of dozens of cute tchotchkes and other pieces of pop-culture iconography.

Holed up inside an empty Shea Theater in Turners Falls, Massachusetts, Dinosaur Jr. enlisted a few camera operators and lighting assistants to help drag all of their tiny toys onstage. There’s a tiny wooden desk with a miniature laptop propped atop it, a giant stuffed animal of Cookie Monster, a figurine of Animal from The Muppets, a bunch of inflated dinosaur balloons, and way, way more onstage. While J Mascis, Lou Barlow, and Murph shred their way through the opening song “I Ain’t” from their new album Sweep It Into Space, it’s fun to try to identify the other items scattered around the stage.

Sweep It Into Space is Dinosaur Jr.’s first new record since releasing Give a Glimpse of What Yer Not in 2016 and their 12th studio LP overall. Naturally, their Tiny Desk (Home) Concert primarily consisted of songs from that album, including “Garden” — which is unusual because it features Mascis on bass, not the guitar — and “I Ran Away.”

Before launching into the former, Barlow took a minute to explain the backstory behind the lyrics. “I titled this song because on my drive from Greenfield to Amherst to record, there was a little public garden area near the subway in Hadley,” he said. “There’s a subway in a house and there’s a garden plot there [with a sign] that says “Back to the garden.” When I was working on the lyrics while I was driving back and forth to J’s house, I saw that while listening to a rough mix of the song with the instrumental basics and I came up with the garden concept.”

Rounding out the setlist for this performance was the Without a Sound classic “Feel the Pain” and a grizzly rendition of “Freak Scene” from Bug. Watch the full video of their performance for NPR below.

Later this year, Dinosaur Jr. are planning to embark on an extensive North American tour and move forward with the second iteration of their own music festival, Camp Fuzz. Tickets for those dates are currently on sale, and you can get them through Ticketmaster or on the secondary market here. 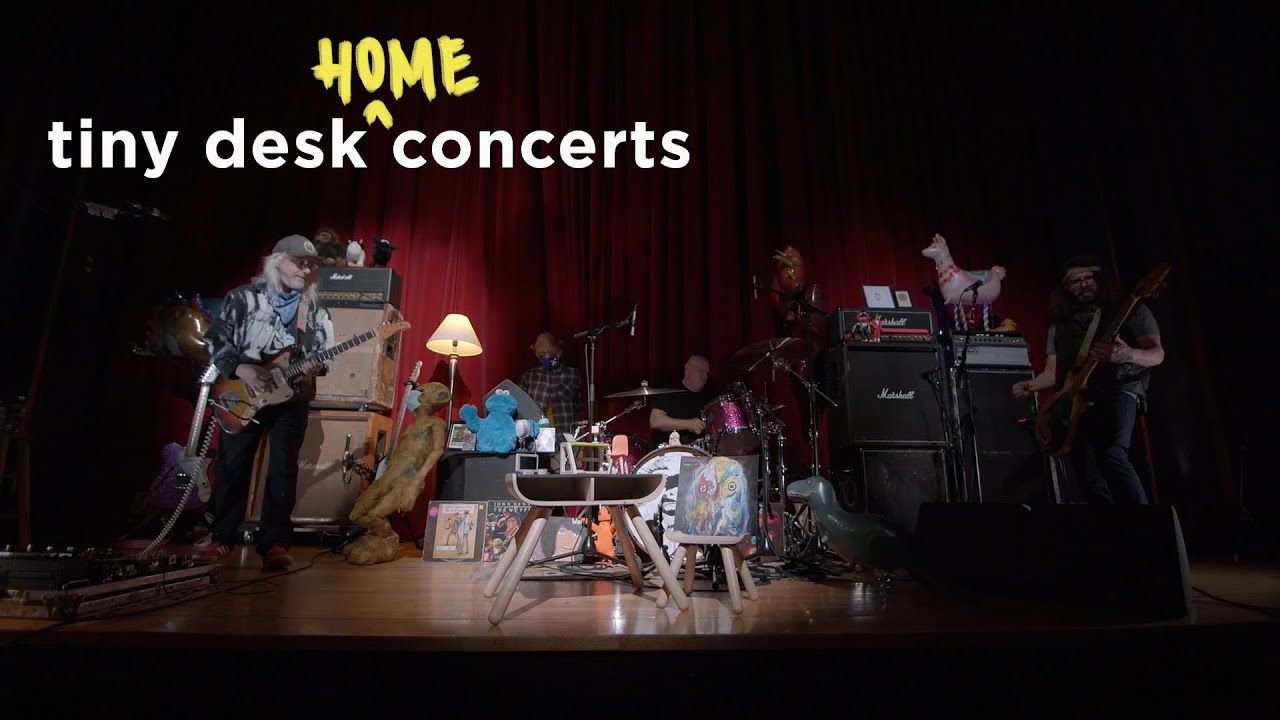