When Chloe Moriondo was in middle school, listening to favorite bands like Panic! at the Disco and Paramore on YouTube, she noticed that they belonged to a certain cool record label, Fueled By Ramen. Ten years earlier, a teenage Joe Mulherin — better known by his stage name, nothing,nowhere — was daydreaming about his chance to be on that same label; after all, it housed two of his idols, Fall Out Boy and The Academy Is.

A few years and perhaps a pinch of destiny later, Moriondo and Mulherin are performers in their own right — and they’re two of Fueled by Ramen’s most promising rising stars to boot.

Fueled By Ramen has been a driving force in modern pop and alternative music for 25 years. It began when John Janick (now Chairman/CEO of Interscope Records) launched the label out of his college dorm room in 1996 alongside Vinnie Fiorello, and became responsible for kickstarting the careers of Fall Out Boy, fun., and a slew of pop-punk stars of the mid-2000s. As always, FBR’s current roster consists of a batch of undeniable talent: Aside from Moriondo and nothing,nowhere, there’s All Time Low, Grandson, Lights, The Front Bottoms and Against the Current, along with longtime powerhouses Paramore, Panic!, and twenty one pilots.

So what’s the secret to the Florida-born label’s continued success? It’s simple: passion.

“It’s always been a collective of true music fans in a family atmosphere,” says Johnny Minardi, who has been with Fueled By Ramen since the Gainesville days in 2004, and is now VP of A&R for the label’s parent company, Elektra Music Group. “We pride ourselves on continually expanding on that. Even in the scalable growth that FBR has achieved multiple times, there’s still that fire within a music fan that wants to make sure we’re taking care of artists and doing the right things. The expansion of that is always that core music fan in all of us that keeps us going.” 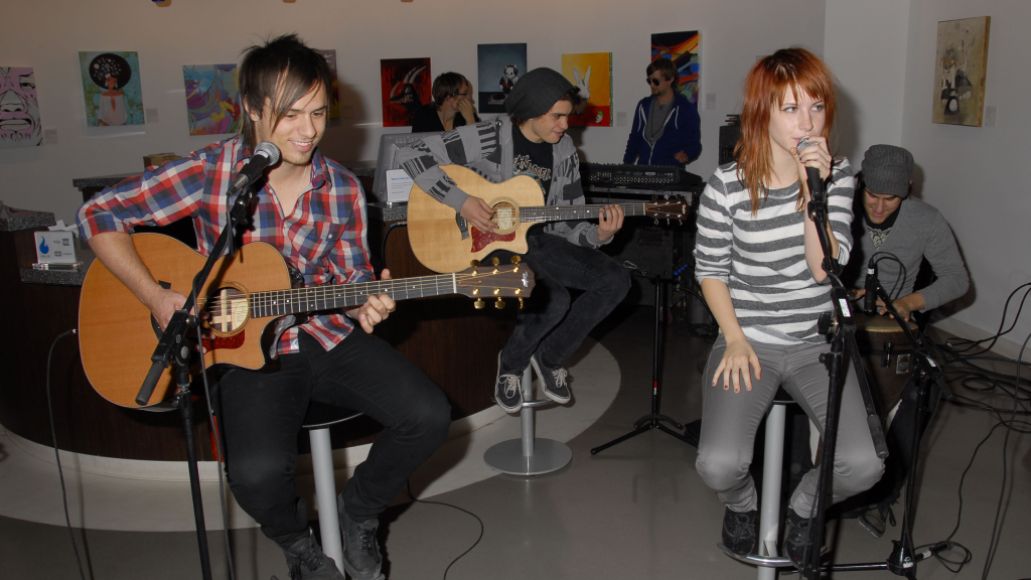 The artists can feel it, too. “It’s that DIY ethos taken to the next level,” suggests Mulherin, who believes FBR “have always been the tastemakers” within alternative music. “It’s not a bunch of suits who have been pushing pop music their entire career and have sort of drained the life out of music.”

Indeed, the Fueled By Ramen team acts less like a bunch of dreaded Music Executives, and more like a group of friends who aren’t afraid to come out to the gig and show their fandom. All Time Low singer Alex Gaskarth has also experienced that passion firsthand. “Our head of marketing was crowd-surfing at our show just the other day,” he says. “It’s all about doing it for the right reasons.”

All Time Low, for their part, served up one of the biggest wins for Fueled By Ramen in the past year with their smash single “Monsters” (featuring Blackbear), which topped Billboard’s Alternative Airplay chart for 17 consecutive weeks starting in September 2020. It’s the band’s first alternative radio hit since they signed with FBR in 2017 — more notably, in their 16-year career — and even broke the Top 20 at Pop Radio following a remix with Demi Lovato.

“With all of the pure pop and TikTok and all that, to get a rock band to [No.] 18 at Top 40 radio is a huge win and a huge success,” says Mike Easterlin, co-president of Elektra Music Group, who took over FBR when Janick left in 2012. “Hopeless [Records, All Time Low’s longtime previous label home] did an amazing job of putting that band in the position to where we were able to grow them to the next level.” In other words, when it comes to artists, Fueled By Ramen is in it for the long haul.