Jimmy Cliff grabs some talk time with Kyle Meredith to tell us about his new single, “Human Touch,” and the upcoming album, Bridges.

The reggae legend tips us on working with Tarrus Riley in the producer chair, reveals where his unending source of positivity comes from, and shares some stories about hanging with Muhammad Ali and Cat Stevens.

Cliff will also celebrate the 50th anniversary of The Harder They Come next year, and he shares his thoughts on why the landmark soundtrack has resonated so much with an American audience.

Stream the interview with Jimmy Cliff above, or via the YouTube player below. Don’t forget to subscribe to Kyle Meredith With… at the links above, and be sure to follow the Consequence Podcast Network for updates on all our series. 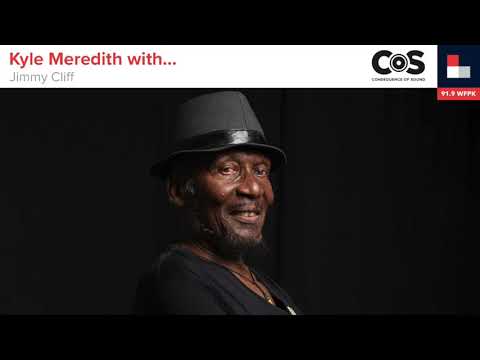 Jimmy Cliff on New Music, Working with Tarrus Riley, and the 50th Anniversary of The Harder They Come