A good sequel is rare. Every now and then, we get a part two on par or better than the original, but for every Dark Knight, there are 50 Hangover Part IIs. It’s a feat even more challenging in music, because each album is about a particular time in an artist’s life. Asking for a new version of that same thing is basically asking them to hop in a time machine and relive the past. Which, until someone says otherwise, is impossible.

Never one to shy away from an impossible task, Nas surprised the world when he announced King’s Disease II, a sequel to his Grammy-winning 13th album, just one week ago. Out today, August 6th, it finds the rapper and producer Hit-Boy continuing their flourishing tag-team partnership.

Their first endeavor, released in August 2020, felt designed to make fans forget the ill-received Nasir was ever a thing, while also serving as an exclamation point on the last sentence of an incredible career. Disease II feels like the start of a new chapter for Nasir Jones — and perhaps the end of an era of his career that started with 2012’s Life is Good. King’s Disease II is a much more confident piece of work than its predecessor, and even with more songs, it feels leaner and more focused. It’s the rare sequel that doesn’t disappoint and surpasses the original.

King’s Disease II is the result of the seeds planted on its first volume. Rather than going bigger and bolder, or bringing way too many characters into the story, Nas opts for a less-is-more approach. This is the Nas show for most of KD2‘s 51 minutes. The original was proof that Nas, a cat known to bathe in ’90s aesthetics, could spin gold with a producer known for the exact opposite. KD2 fulfills that idea, as the pair double down on what worked the first time, toss aside what didn’t, and find the perfect center between 2021 and 1991.

If King’s Disease was a man looking back at his legacy and finally enjoying the spoils that come from having a jersey in the rafters, KD2 looks forward and explores the need to share those riches with the rest of the kingdom. “The Pressure” puts us in Nas’ state of mind, saying the pressure to inspire is sometimes too heavy. Half full of himself and half introspective, Nas’ first track on KD2 is the roadmap for the next 48 minutes: “The world on my shoulders is gettin’ too heavy/ I been bench pressing the problems ain’t gettin’ too sweaty/ Cops brutalizing kids I see it too steadily/ Correctional facilities don’t do it correctly.” 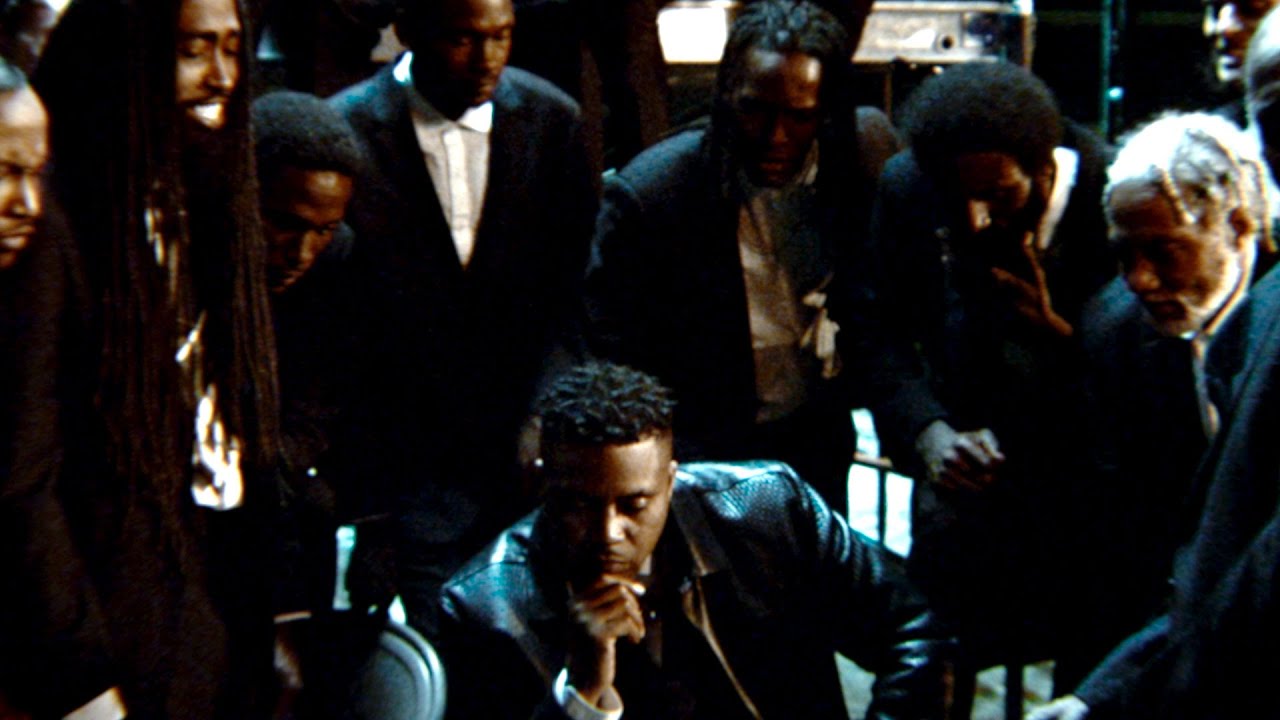 It’s the usual stream-of-consciousness raps Nasty Nas fans are used to, but now accompanied with weariness and desire to lead people to something better. As he says on “Moments,” he’s finally accepting his position as “the master teacher.” This is a far cry from the guy who claimed hip-hop was dead in 2006, and a freaking chasm from the cynical kid who said he went to hell for “snuffin’ Jesus” in 1991. Aging with grace isn’t easy for rappers to do, and the process wasn’t always smooth for Nasir Jones. But KD2 finds the perfect comfort zone for a cat finally at peace creatively and with his own history.

Three of the album’s 15 tracks perfectly illustrate this dynamic: “EPMD 2,” “YKTV,” and “Nobody.” “EPMD 2” and “Nobody” find Nas reaching back to his past, while “YKTV” is all about today and tomorrow. All three feature co-stars and achieve varying degrees of success.

On the less successful end, EPMD and Eminem show up for “EPMD 2,” which is rather… eh. Erick Sermon and Parrish Smith deserve all of the flowers, but they sound out of place over Hit-Boy’s bass. Eminem, who still wants to prove he’s the most technically proficient rapper of all time, starts very dope, and elicits a few chuckles and nods of approval. But he loses the plot when what should be heartfelt shoutouts to DMX, Biz Markie, and a way-too-long list of fallen rappers lacks any emotion it needs to connect to the listener. (The fact that all four guys clearly recorded their verses in different parts of the country doesn’t help; “EPMD 2” plainly suffers from a lack of chemistry.)

The same can be said for the A Boogie Wit a Hoodie and YG-assisted “YKTV.” Great rapping with no chemistry equals less of a song and more like a good idea in theory. As a result, both joints feel out of place and never reach the heights of those surrounding them.

But then there’s “Nobody,” which, to be frank, is dope AF. Ms. Lauryn Hill and Nas have the same chemistry today as they did in ’96, and the world is a better place because of it. Hit-Boy and Corbett’s A Tribe Called Quest-inspired beat brings out the best in Mr. Jones and Ms. Hill on a song all about finding peace in seclusion. Nas wants to reconnect with himself and get back to the days of anonymity, while Lauryn isn’t feeling any type of societal structure. Whether it’s record labels, music genres, or even time.

“I’m savin’ souls, and ya’ll complain about my lateness” cuts deep as the fabled Ms. Hill reflects on her notorious time management issues at concerts. If her verse feels like someone venting two decades worth of frustrations, hopes, and dreams, that’s because it is. Even though it feels like eons since the last time we heard her rap, Lauryn’s skills are still on a level your favorite rapper can only dream about. “Nobody” may be on a Nas album, but it’s Lauryn Hill’s song.

KD2 captures Nas’ unmatched ability to find the perfect words in the right spot to paint the appropriate picture. “Death Row East,” “No Phony Love,” and “Brunches on Sundays” are masterclasses of this skill through storytelling. The songs are vivid enough to put the listener in a first-person perspective, but not bogged down with details that make them hard to follow.

“Death Row East” walks that line with enough information about a moment in time from decades ago without bombarding the ears with too many names and places. The song is also a cautionary tale for the current crop of rappers without being preachy or overbearing. Once again, Nas fully embraces his role as an elder statesman and spreads his wealth of knowledge, so those coming after him don’t make the same mistakes.

Drama normally births Nas’ best albums. Illmatic, It Was Written, Stillmatic, God’s Son, Life is Good, and King’s Disease exists because of conflict in his life personally, professionally, or sometimes both. King’s Disease II is the first time peace and prosperity spawned his best work.

About 10 years ago, Nas told us that “life was good,” despite going through a divorce that upended his entire world. Cool sentiment, but his words rang hollow. Today, King’s Disease II ends with “Nas Is Good,” a thesis statement for the album and the end of a conversation he started with himself and us all those years ago. He’s in a better place, and the music reflects his current position. Nas is good, and that’s why King’s Disease II is great.

With King’s Disease II, Nas' Second Reign Is Better Than His First