Davis recently performed with the aid of a throne to sit in during a concert this past Friday (August 27th) in Tinley Park, Illinois. It marked Korn’s return to the road after Davis revealed his positive COVID test on August 16th, resulting in the postponement of six shows and the cancellation of two concerts on the band’s current US tour.

The metal vocalist is clearly still feeling the effects of the virus, which can cause longterm, lingering physical and mental issues long after an individual tests negative. Fan footage from Friday’s Illinois show and Saturday’s Noblesville, Indiana, concert sees Davis sitting on a shiny throne, which is just as decadent as his H.R. Giger mic stand.

“I’m f–king feeling very weak,” Davis said to the crowd (via TMZ), “but I f–king refuse to f–king cancel!”

The singer was also seen taking pulls from an oxygen tank to help with his breathing, but he has done that in the past to deal with his asthma.

Head opened up about his bandmate’s condition in an Instagram video:

“Jonathan Davis is still struggling with the COVID after-effects. He’s physically weak and having a mental battle. And any type of love, light and energy you can throw at him — prayers, all of it. We have shows coming up, so all of you guys, check the dates. Whatever show you’re going to, throw him some love and energy, man — he needs you more than ever.”

Korn are currently out on the road with Staind. The next date is tomorrow (August 31st) in Detroit, and the trek runs through the aforementioned rescheduled shows, which wrap up on October 3rd in Gilford, New Hampshire. 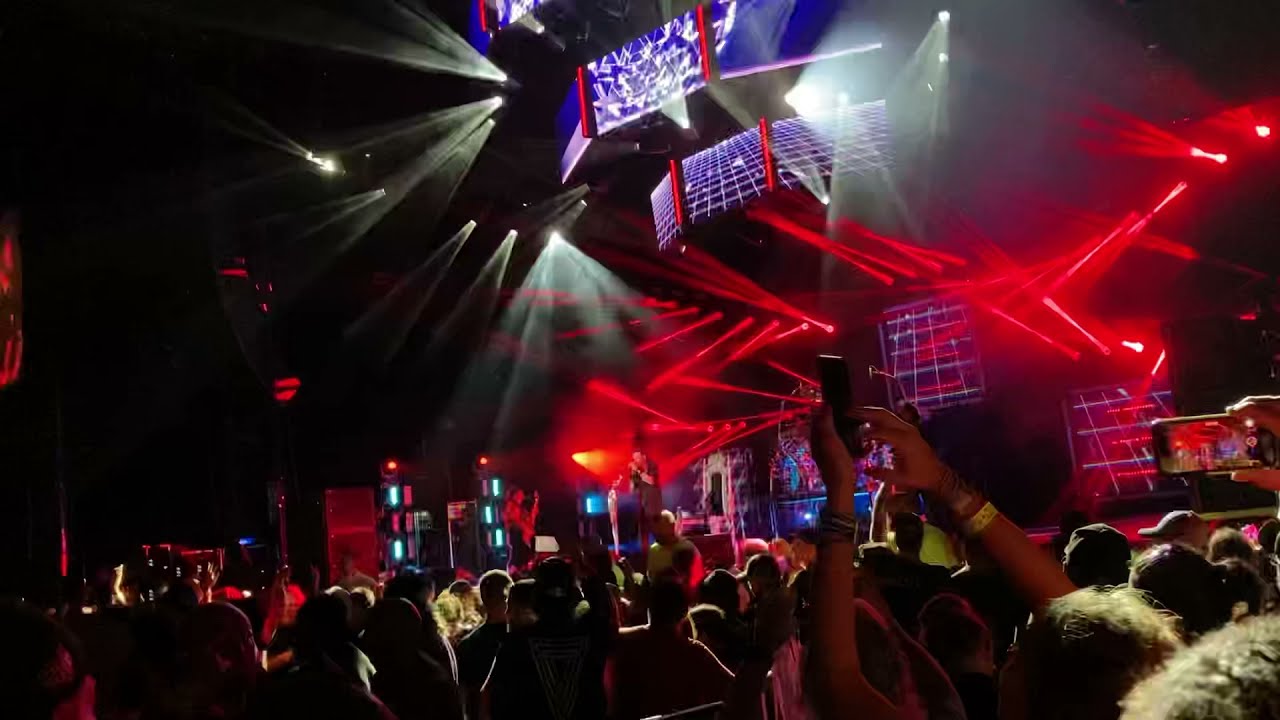 Thank you, Chicago and Noblesville, for all of your love and support. ⚡️ Tomorrow we hit Milwaukee with @firefromthegods.