According to Variety, the Bernard MacMahon-directed documentary will provide “unprecedented access” to the band. The film was first announced in 2019 and is the first official traditional documentary about the legendary rock act.

“Becoming Led Zeppelin is a film that no one thought could be made,” MacMahon said. “The band’s meteoric rise to stardom was swift and virtually undocumented. Through an intense search across the globe and years of restoration of the visual and audio archive found, this story is finally able to be told.”

Zeppelin were previously chronicled in their 1976 concert film The Song Remains the Same. Although it featured behind-the-scenes moments with the band members, it mostly centered on a series of performances at Madison Square Garden. MacMahon’s film will tell the band’s early story.

A release date still hasn’t been set by film reps Altitude Film Sales and Submarine Entertainment, though some details are known.

The film features new interviews with Jimmy Page, Robert Plant, and John Paul Jones, as well as archival interviews with the late John Bonham, who passed away in 1980. The documentary is built on never-before-seen archive footage and photographs and high quality audio transfers of Zeppelin’s music.

An official description from its initial press release reads: “The documentary traces the journeys of the four members through the music scene of the 1960s, their meeting in the summer of 1968 for a rehearsal that will change the future of rock, and culminates in 1970 when their second album knocks The Beatles off the top of the charts and they become the number one band in the world.”

The members of Led Zeppelin cited MacMahon’s work on the documentary American Epic, chronicling roots music recorded in the 1920s, as the reason they picked him to helm the film.

“When I saw everything Bernard had done both visually and sonically on the remarkable achievement that is American Epic, I knew he would be qualified to tell our story,” Page said following the initial announcement.

Plant added, “Seeing Will Shade, and so many other important early American musicians, brought to life on the big screen in American Epic inspired me to contribute to a very interesting and exciting story.”

And Jones chimed in, “The time was right for us to tell our own story for the first time in our own words, and I think that this film will really bring that story to life.”

Stay tuned for further updates on the Becoming Led Zeppelin documentary as more details are unveiled. 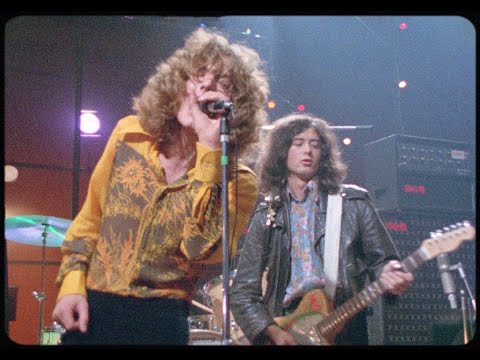