In our Track by Track feature, artists get the chance to share the stories and inspirations behind each song on their latest release. Today, Mallory Merk takes us through her new EP Counterparts.

Los Angeles-by-way-of-New Jersey singer-songwriter Mallory Merk has just released her second EP, Counterparts, today (August 13th). Coming via Warner Records, you can listen through the EP below via Apple Music and Spotify.

Counterparts is the follow up to Merk’s debut EP Strangers, which was released last October. Whereas Strangers candidly documented Merk’s turbulent young adulthood, including a stint in rehab and periods of alienation and mental illness, the new EP explores the growth she’s made and the meaning she’s found in the last year.

“Counterparts was created over the past couple of months in LA,” Merk tells Consequence. “[I’ve been] growing up and doing most of my self-discovery through music and relationships with the universe and myself. It’s music for long drives, hot rainy nights, and getting lost. Throughout all of the tribulations, we have our impact on each other, and the counterparts that make up ourselves. The term ‘counterparts’ was my way of shining light on the little parts of the universe that exist within us.”

Counterparts was preceded by three singles that explore a range of sounds: with the breezy “Just Because,” the twangy disco-inspired groove of “Sinister,” and dreamy, country-pop edge of “evol,” there’s something for everyone.

Learn more about these songs and the rest of the tracks on the EP in Merk’s breakdown below.

“Over Sentimental”:
“Over Sentimental” is about getting deeply lost in love and letting the emotions wash over you. Loving without a cell connection is bleak, but it’s all too easy to drown in an empathetic relationship and your own mind, just wishing that person would understand.

“Devil Laugh”:
Sometimes even moving through life with a pure heart, all we feel is the devil laughing in our face. Losing friends is a part of life, but I’m the type of person to forever hold space for them in my heart. “Devil Laugh” is about hoping that the universe will come around and show you the light and true people you need in your life.

“evol”:
This is about the mirage that is falling for someone, and realizing you are falling for the wrong things. Love songs are overrated, and in times like these I wanted to write something for the hopeless romantics.

“Sinister”:
Have you ever looked at someone you love and wondered how they always stay so calm and don’t react? Usually they are the purest people inside, and you just want to protect their heart from the fucked-up parts of the world. “Sinister” is about that feeling you get when you want to stand up for someone that usually would brush it away.

“Just Because”:
“Just Because” is about the juxtaposition of being human. It’s how it feels to have to put on a face for others to hide something deep inside. The world has a strange way of twisting us into thinking that feeling your true emotions is wrong and showing them is worse. Just because I’m smiling doesn’t mean I’m happy! Putting on a brave face is something we all know too well.

“Switchblades”:
This one is about biting your tongue and killing your opponent in silence. Sometimes the loudest person is not the most ferocious. My dad used to tell me to never let them know my next move, and I believe actions speak louder than words and cut sharper, too. 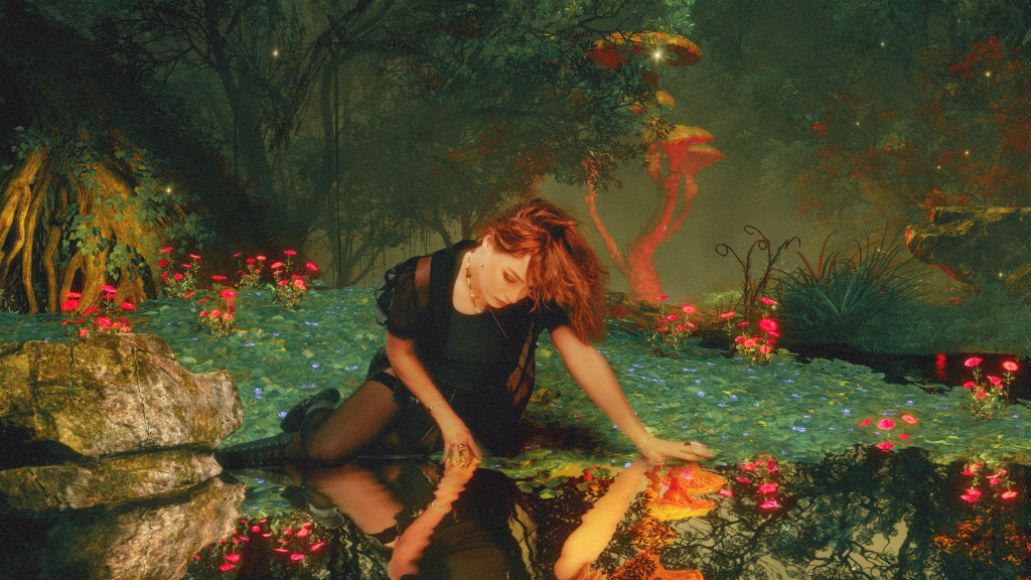