Mining Metal is a monthly column from Heavy Consequence writers Joseph Schafer and Langdon Hickman. The focus is on noteworthy new music emerging from the non-mainstream metal scene, highlighting releases from small and independent labels — or even releases from unsigned acts.

I’d hoped to be done with obituaries for a while after last month’s one-two punch of Metal Church’s Mike Howe and Slipknot’s Joey Jordison. No such luck.

As I’m writing this, the metal world received news that Eric Wagner, vocalist of The Skull and former singer for Trouble had passed away from complications related to COVID-19. He was 62 years old.

Wagner had a singular voice and lyrical approach. He used his warbling upper register without apology, channeling the rough-around-the edges tones popularized by Ozzy Osborne but hitting notes more befitting Rob Halford. It’s difficult to imagine another singer delivering Trouble’s music and capturing the same magic that Wagner did.

That same voice attracted the attention of legendary producer Rick Rubin, who helped the band craft their self-titled fourth album and released it on Def American Records. The band joined the likes of Slayer and Danzig on that label but did not achieve the popularity that those bands did — even though pressings of that album still sell for massively inflated amounts on Discogs. The mainstream missed the boat with Trouble — their fifth record, 1992’s Manic Frustration, is a psychedelic and blues-inflected hard rock tour de force that might have gone over well with lovers of Alice in Chains or Soundgarden if only those grunge fans had been exposed to it.

If they had been exposed to it, they might have moved backwards and discovered greater treasures. Trouble’s first two records, their original self-titled (more often referred to as “Psalm 9”) and The Skull rank in the upper echelon of American doom metal recordings, which faithfully recreated the classic Sabbathian sound while also moving it into gloomier and more dramatic territory.

Faithfully is the sticking point, there. Wagner’s Catholic upbringing informed his lyrics, which alter prompted Metal Blade records to market the band as “white metal,” a Christian alternative to the ultra-satanic Norwegian black metal that was dominating the underground when Trouble ought to have been taking off on Def American. The moniker never really captured Wagner’s introspective poetics and did more harm than good – catalogue browsers read “white metal” as “white bread” and passed up on hours of indelible songwriting.

Metal to the bone, Wagner never gave up on riffs, and collaborated with Dave Grohl on his legendary Probot album before splitting with Trouble and launching The Skull, a band that mostly performed Trouble material but whose two albums and one EP are excellent (It’s worth noting I think Trouble’s 2013 album without Wagner is also quite good).

I skipped on seeing The Skull at least three times. I just kept on assuming they’d be back. That was my mistake, and one I’ll regret. But it’s another potent reminder to take every opportunity we can to enjoy the precious metal while its creators are still with us. – Joseph Schafer

Pure Morbid Angel worship, just like the good lord requests of us. There are pernicious but untrue rumors that albums other than Covenant and Domination are the best of Morbid Angel’s storied discography, but the mastermind behind one-man band Alchemy of Flesh knows truth from falsehood and so pursues that most righteous path of progressive-minded but still profoundly f**ked up heavy metal. Ageless Abominations isn’t a record setting out to reinvent the wheel and thankfully death metal is amenable to these pursuits; in this deeply iterative genre, faithfully recapturing the power and verve of the originators is more than enough, and boy howdy does this ever scratch a deep itch. Father Azagthoth would be proud. Buy it on Bandcamp. — Langdon Hickman

Much like the shockingly superlative debut of Atvm from earlier this year, Diskord arrives with a death metal record that feels fervently like anything might happen. One moment, there is a disco beat; another, slap bass; a third, a shot of Yes filtered through Satan’s window. The unifying thread is the wild-eyed post-psychedelic form of death metal pushed in recent years by groups such as Bedsore, Morbus Chron and Sweven, albeit leaning to the more feral and excitable side of those groups rather than the purely heady. Not that Diskord don’t know how to satisfy the more cerebral side, mind you, just that they never let their progressive and avant-garde interests cloud the directness and energy of their material. What comes is Degenerations, a record as likely to make you bang your head as scratch it, puzzling in all the right ways set against riffs to rip your skin off. This is the magic of death metal at its very best, the reason why this is my very favorite music in the entire world. Buy it on Bandcamp. — Langdon Hickman

Filth Is Eternal – Love is a Lie Filth is Eternal

Love Is a Lie, Filth Is Eternal, is best understood as a sophomore album, though slump it does not. This noisy metallic hardcore quartet Filth Is Eternal have been grinding around the Pacific Northwest for nearly half a decade under the provocative moniker F**ked and Bound (their lone LP by that tile, Suffrage, is a must-hear) and many of the musicians are seasoned players as well — guitarist Brian McClelland and vocalist Lisa Mungo also performed in post-metal psychonauts He Whose Ox is Gored, and bassist Rah Davis once toured with Cattle Decapitation. Their second full-length together is a continuous twenty-minute bombardment of vitriolic hardcore in the vein of Negative Approach or Poison Idea delivered with chainsaw death metal tones. The standout performance belongs to Mungo, who delivers pointed lyrics through a menacing-but-intelligible snarl that serpentines between sardonic and outright sadistic characterizations. It’s the kind of experience more than fit for the mosh pit but liable to linger in the listener’s memory long after the proverbial tape has run out. Buy it on Bandcamp. – Joseph Schafer

Finland’s Hooded Menace are borderline too big for this column. They’ve been the Land oof a Thousand Lakes’ standard bearers for death-doom since forming in 2007. Guitarist and band leader Lasse Pyykö even dispatched rotting riffs in old school death dealers Phlegethon beginning in 1988. After 33 years and too many releases to count, you’d think Pyykö might be running short on quality ideas, but not so. His latest, The Tritonus Bell, is one of his best, in part thanks to a little influx of traditional metal melodies and an up-shift in tempos overall. Make no mistake, Hooded Menace still move at a crawl, mostly, but a few rollicking Bolt Thrower-ish double bass rolls offer a little more adrenaline than one expects from these horror hounds. Buy it on Bandcamp. – Joseph Schafer

Closing out this month’s quartet of death metal, the lord’s most perfect music, is a record that explores the more thrashy and up-tempo wing of the genre. Oxygen Destroyer, like Slugdge before them, take a perhaps gimmicky conceptual framework for their music, here being based on kaiju cinema (the name itself a Godzilla nod), but take things compositionally seriously enough to make the work transcend the concept. Don’t fret over whether this is wink-wink nudge-nudge insincere stuff; kaiju cinema, death metal and thrash are unified in the group by the singular urge to whip ass, like Van Halen was the center of the universe and these notions are merely spokes on the wheel. If previous records this month explored death metal’s various cerebral and ooze-ridden sides, then this is the blood and the fun of it. God I love death metal. Buy it on Bandcamp. — Langdon Hickman

Their debut after a series of delightfully puzzling and ambitious demos and an EP, Poison Palinopsia, follows up Qrixkuor’s tendency to produce 10-plus minute spans of post Portal murky and quite bestial death metal with now ballooned forms. The record is two 24-minute compositions, inside of which you can likely pry apart a number of smaller songs given the structure of the pieces. Whether these are truly conceived as single long-form pieces or more suite-like compositions isn’t the point; the structure serves to blot out those concerns, to let the record turn into a cloud of tumors, tendrilite polyps adrift in the ylem of the pre-cosmic universe. Black and doom metal tends to colonize the sentiment of metal’s cosmicism, but Qrixkuor seize it back in glossolalia and riffs like acid rain. Buy it on Bandcamp. — Langdon Hickman

Sculptured aren’t a household name (well, they are in my household, but I digress) but many Mining Metal readers will recognize a few of their members. Lead guitarist and songwriter Donald Anderson as well as bassist Jason Walton played in beloved black metal outfit Agalloch, as well as that band’s follow-up, Khorada. Sculptured predates Anderson’s time in Agalloch, and already has three full lengths of charmingly indie melodic and proggy music. Their newest and first in 13 years, The Liminal Phase, offers the lushest and most sophisticated expression of their sound yet — five extended tracks of intricately layered dual-guitar melody and pensive singing underpinned by almost choral backing vocals. Fans of the vocal interplay used by Ludicra and Ails will find much to like here, as may fans of Sculptured’s sole labelmates on BMG, Alice in Chains. How exactly Anderson and Walton wound up sharing a logo with Jerry Cantrell is a mystery to me (just kidding it’s because Agalloch used to be with former BMG sub-label The End Records but I digress) but it’s heartening to see such a homespun project back in action in such esteemed company. Buy it from the band. 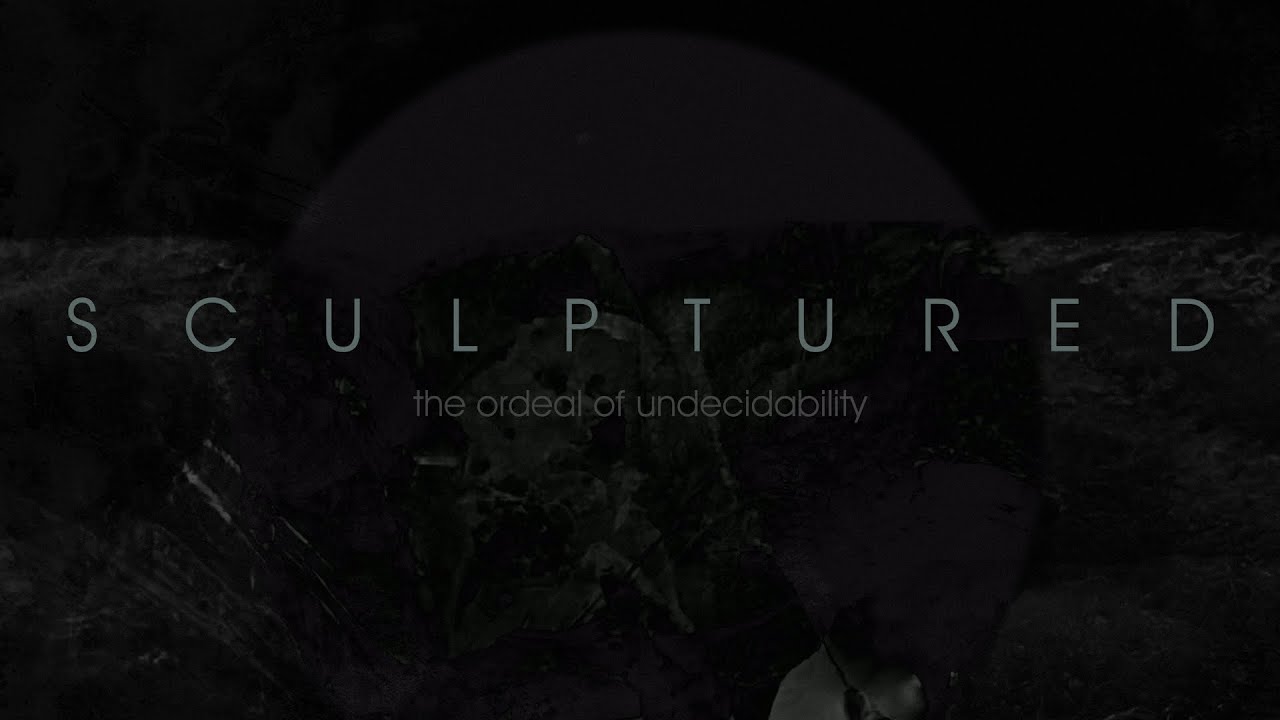 Last month in this column, I wrote about the seeds of a melodic extreme metal revival, one more rough-and-rowdy than the often chrome-plated offerings that made international touring stars out of In Flames and Dark Tranquility. The band that began prompting that discussion was Dungeon Serpent — but if I’m honest I’ve listened to Wormwitch and their new album Wolf Hex more since then. These Victorians already have a few victories under their belt — their 2019 record Heaven that Dwells Within was pretty magnificent, but much more magisterial than its follow-up. The folksy twang and frigid atmosphere of their earlier efforts still get freaky on Wolf Hex, but mostly this sucker’s just plain mean. Songs like “Hammer of the Underworld” and the incredibly on-the-nose “Canadian Denim Mountain Attack” are pugilistic in the extreme; they sound like the band might just jump out of your laptop speakers, take a shot of whisky with you then break your nose. Wormwitch’s attitude is aggressive enough to leave a distinct mark on their closer, a cover of Metallica’s “Hit the Lights.” Buy it on Bandcamp.– Joseph Schafer