Nine Inch Nails have canceled all upcoming concerts, including their headlining appearance at Chicago’s Riot Fest. In his place, Riot Fest organizers have tapped Morrissey, a man who once canceled an entire tour after eating penne pasta and tomato and falling ill.

On the plus side, Riot Fest won’t need to worry about Morrissey pulling out of the festival over COVID concerns, as Quilloughby recently referred to the pandemic as a “Con-vid” and likened government restrictions to slavery.

Of course it’s certainly possible that some other ailment will prevent Morrissey from appearing at Riot Fest, as he has canceled or postponed nearly 150 scheduled dates since 2012. For now, though, Moz is scheduled to topline the festival’s newly added Thursday “preview party.” Morrissey will also “curate a selection of special guests,” according to a press release.

Along with Morrissey, Riot Fest has added Slipknot to its 2021 lineup as a replacement for Nine Inch Nails. Both acts join a poster that, as of now, also features Smashing Pumpkins, Faith No More, Pixies, DEVO, Run the Jewels, Sublime with Rome, GWAR, and more.

Anyone who purchased a three-day or single-day Sunday ticket to Riot Fest will have free access to Thursday’s programming. Single-day tickets for Thursday will also be available to purchase starting today at Noon CT, with all proceeds benefiting the Chicago Coalition for the Homeless. Visit the festival’s website for more information.

Nine Inch Nails are the second headlined to drop off of Riot Festival’s 2021 lineup. My Chemical Romance was originally slated to play the Chicago festival this September, but decided to put off their reunion tour until 2022. Nine Inch Nails were added in place of MCR, who will now play Riot Fest in 2022 alongside the Original Misfits. Now, NIN are out, and Morrissey (for now) is in. Booking a festival during a pandemic sure is fun! 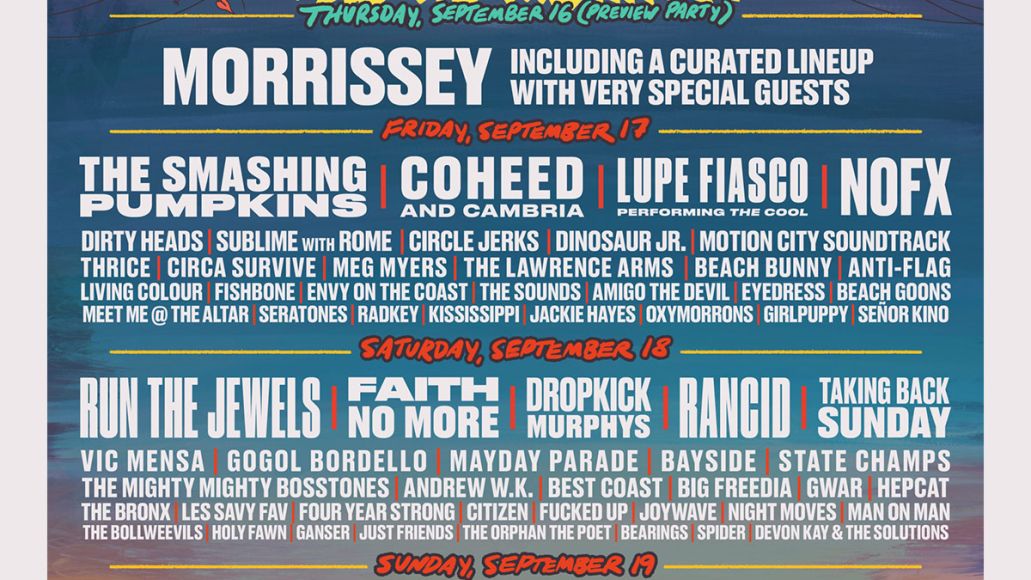 Morrissey Replacing Nine Inch Nails at Riot Fest, No Word on Who is Replacing Morrissey