Neil Young has announced the first volume in his upcoming series of bootleg recordings. The Neil Young Official Bootleg Series — Carnegie Hall 1970 is set to be released October 1st via Shaky Pictures/Reprise Records.

The 23-track collection captures the magic of the singer-songwriter’s near-mythic performance on the night of December 4th, 1970 — the first of two back-to-back shows at the legendary New York City venue. Throughout the evening, Young performed a stripped-back setlist of songs like “Down by the River,” “Cinnamon Girl,” and the then-newly unveiled title track to After the Goldrush. He also played early versions of numerous tracks which, up to that point, had yet to be released — or even recorded — including “Bad Fog of Loneliness,” “Old Man,” and “See the Sky About to Rain.”

Preorders for the album, which comes in 2-disc vinyl, double CD, and high res digital versions, start today courtesy of The Greedy Hand Store at Neil Young Archives. Fans can also look forward to five more bootleg releases coming throughout 2022 and beyond. Check out the artwork and complete tracklist for the live album below.

Earlier this week, Young withdrew from his planned headlining set at Farm Aid 2021, citing concerns over the current surge in COVID-19 cases, saying, “My soul tells me it would be wrong to risk having anyone die because they wanted to hear music and be with friends.” Meanwhile, back in March, he shared his lost 1971 live album and concert film Young Shakespeare. 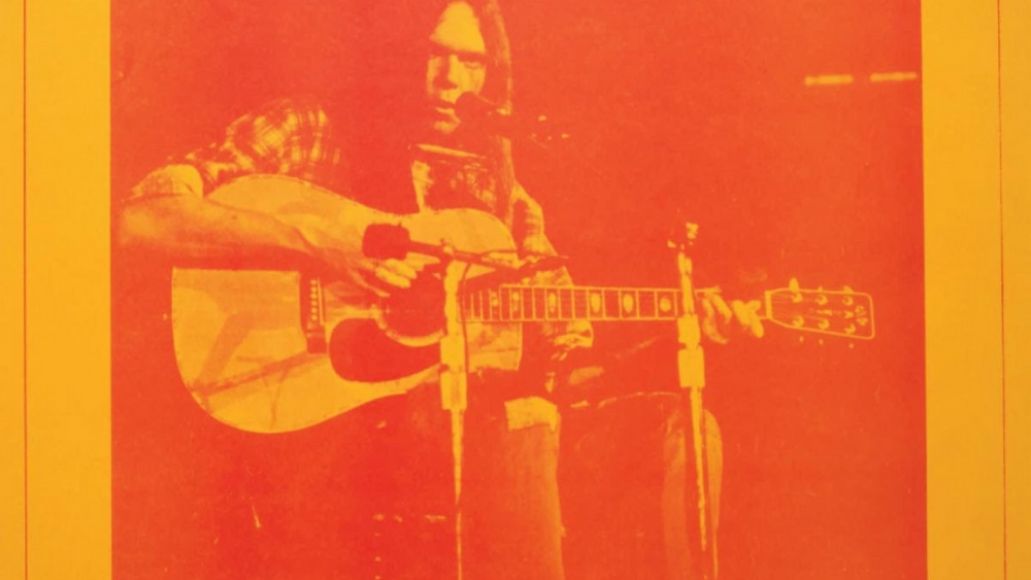