After nearly a decade, Patti Smith is finally putting out recorded music again. The legendary musician has just surprise released a new live EP called Live at Electric Lady. Stream it below exclusively through Spotify.

Live at Electric Lady is Smith’s first piece of recorded music since putting out her 11th studio album Banga in 2012. The EP spans seven tracks in total, including her original classics like “Birdland,” “Ghost Dance,” and “Broken Flag” as well as covers of Bob Dylan’s “One Too Many Mornings” and Stevie Wonder’s “Blame It on the Sun.”

“We are very proud to be part of Spotify’s Live at Electric Lady series, our favorite recording studio,” said Smith in a statement. “It was a unique challenge and offered us an exciting and innovative platform. We are grateful to Spotify for their generous support and willingness to present a live performance with all its possibilities of risk and revelation.”

Of course, the folks at the legendary recording studio were stoked to learn that Smith would be a part of the project. In a press release, they revealed that the cover songs heard on this session were about as magical and unexpected as possible.

“Prior to recording, I had been discussing cover song options to present to Patti with Tony Shanahan, Patti’s MD and longtime bassist/pianist. We’d yet to mention to Patti that we’d hoped to record a cover during the session, so she was unaware at the time,” said Electric Lady GM Lee Foster in a press release. “Days went by and Tony and I couldn’t find the right song together. Then, as we’d just begun to agonize over it, he called me excitedly and asked, ‘Is ‘Blame It On the Sun’ from Talking Book?’ I looked quickly to confirm and told him yes. For no reason at all that morning, Patti had texted him to say that the song was stuck in her head and that she wanted the band to learn it. Kismet.”

Spotify kicked off this special run of live EPs back in July with a Jon Batiste session. The Live at Electric Lady series will also include performances with confirmed names like Japanese Breakfast, Dominic Fike, Faye Webster, and Bleachers all playing in the oldest operating recording facility in the Northeast. Participating artists are encouraged to play their own compositions as well as cover songs of artists connected to the studio’s history.

Earlier this year, Smith launched her own Substack newsletter in which paid subscribers received access to The Melting, her first serial. 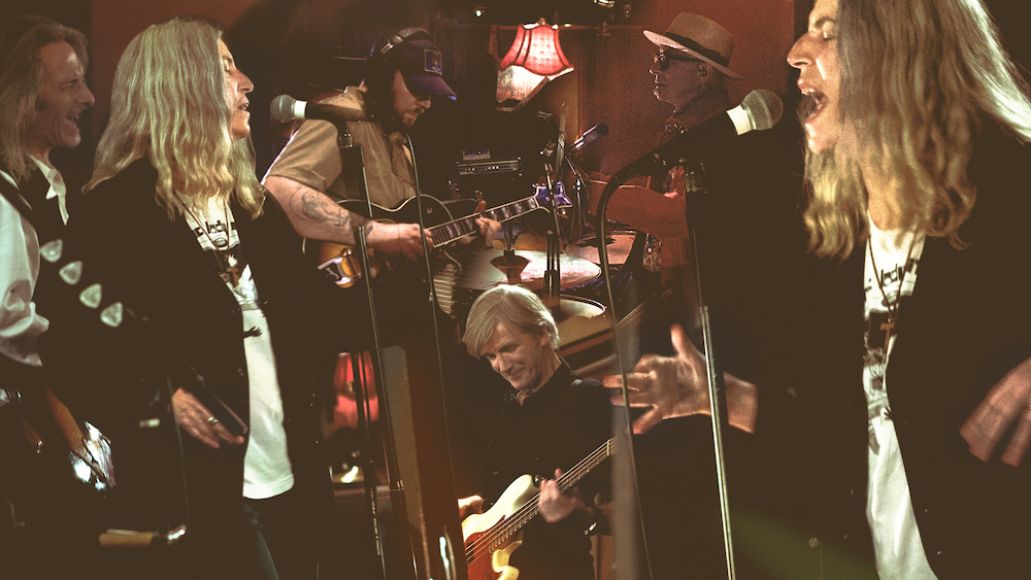