Sufjan Stevens and Angelo De Augustine have shared two singles from their upcoming collaborative album, A Beginner’s Mind. The first track is called “Back to Oz” and it comes with a touching animated music video. The second is an acoustic number titled “Fictional California.” Check them both out below.

Musically, “Back to Oz” is a stirring number full of layered vocal harmonies and reverb-laden guitar hooks. “All my life was calling/ All my dreams were buried away/ You love me but you don’t know me/ In due time you’ll throw it away,” sings Stevens. Come the chorus, that downtrodden mood takes a turn for a more joyful, rousing, percussion-filled burst of sunlight. There’s even a soulful guitar solo thrown in for good measure, too.

In the song’s accompanying music video, created by Straight to Tell, we see a girl hold her stuffed animal tightly as she falls asleep in bed. Soon, the two are transported into a vibrant world dotted with imaginary creatures, spiraling vines, and magical lands that the two explore. Eventually, the hand-drawn animation style gives way to a psychedelic claymation graphic that absorbs her stuffed animal. When she awakes from the dream, she discovers that her beloved pal is gone, replaced by a lone button.

“This was a song that I had written mostly at home in California,” explained Angelo in a press release. “We finished its lyrics after watching Return to Oz. The words reference an erosion of a central character’s internal reality. A loss of innocence is the impetus for a journey to find inner truth. In the film, Dorothy returns to the world of Oz to find its landscape in ruins and its citizens frozen in stone. Only she can find the ruby slippers and return peace to Oz. Only we can save ourselves, but we first have to remember who we truly are.”

“Angelo is mostly known for his intimate home recordings; his music is quiet and confessional,” added Sufjan. “So for ‘Back to Oz’ we decided to go for something flashier. The song has a fun guitar groove, so we gave it some bass and drums, and Angelo even recorded his first electric guitar solo. It’s a sad song — being mostly about disillusionment — but it has a great party vibe too.”

“Fictional California” is more stripped-back and gentle by comparison. It sees Stevens and De Augustine crooning atop acoustic guitar, glockenspiel, and vocal harmonies in the background. Fans of Stevens’ early solo material will be pleased, as t sounds like it could be easily tucked into Seven Swans or Michigan.

Stevens and De Augustine both have soothing, falsetto-reaching voices that complement one another perfectly, and so far every single they’ve shared so far is proof of such. The two Asthmatic Kitty labelmates previously teased A Beginner’s Mind with cuts “Reach Out” and “Olympus.” Last year, they joined forces for a standalone single called “Blue” as well, which won’t appear on the LP.

A Beginner’s Mind is scheduled to hit record stores on September 24th via Asthmatic Kitty. Pre-orders for their collaborative album are still ongoing over at the label’s website. During the wait until then, revisit our review of Stevens’ Convocations, a five volume collection of instrumental music released back in May. 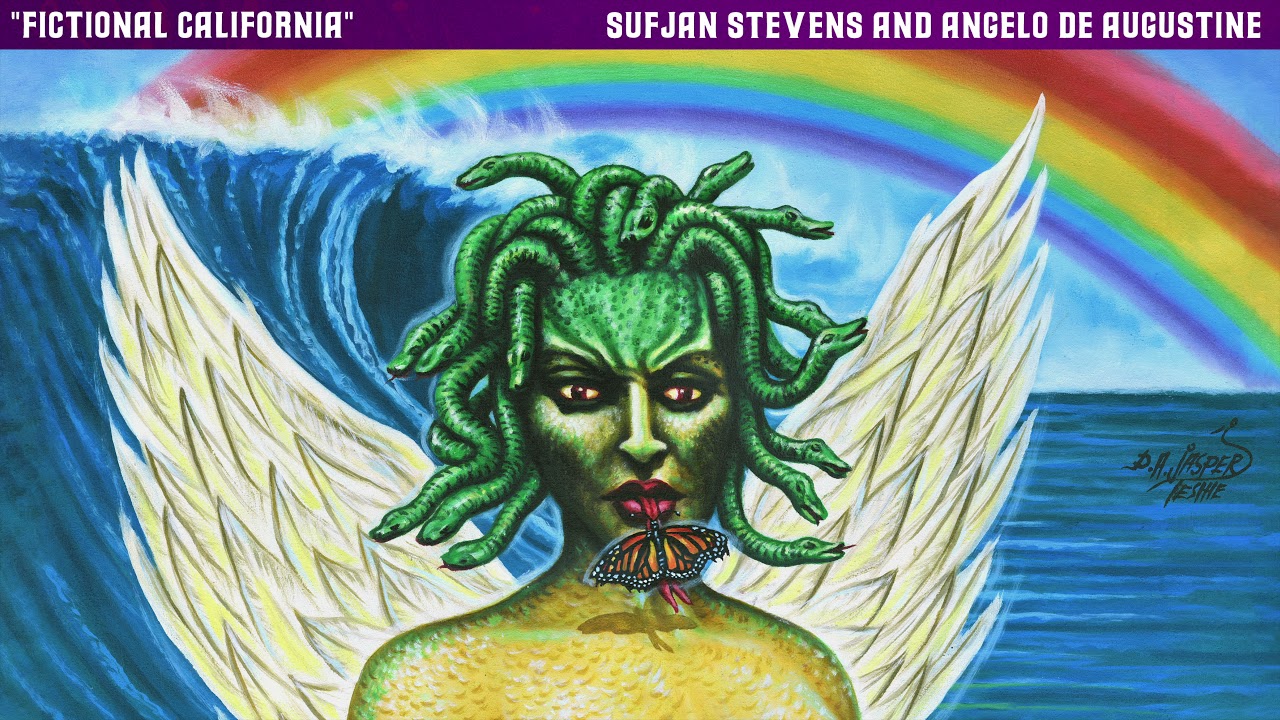