Sufjan Stevens is nothing if not prolific. The experimental artist has released a ton of albums over the past few years, each one a unique effort at navigating his emotional state and the state of the world at large.

Almost one year ago to the date, Stevens released The Ascension, an expansion exploration into love, death, apocalypse and nationality. The Ascension was preceded by Aporia, a collaborative album with Stevens’s stepfather, Lowell Brams. Earlier this year, Stevens unleashed Convocations, a five-volume instrumental exploration of grief in the wake of the death of his biological father.

We’ll do the math for you: A Beginner’s Mind marks Stevens’s fourth album in two years. This time, he’s collaborated with Californian Angelo De Augustine, who has an indie-folk style complementary to Stevens’ and has toured with him in the past. The two spent a month songwriting together at a friend’s cabin in upstate New York, and developed a pattern of choosing a new movie to watch each night to unwind and look for inspiration.

That inspiration is palpable in the album, the title of which is driven by The Zen Buddhist concept of shoshin. A lot of the songs attempt to trouble our ideas of fiction and escape, and the rudimentary rest they can offer us; the piano-laced “(This Is) The Thing” asserts, “This is the thing about fiction, how everything feeds on its paranoia,” and the downbeat “Olympus” questions, “Am I at rest or resigned in my chaos?”

The album feels in some ways like classic Sufjan — the soft, lyric-driven indie-folk that fans would be familiar with from albums like Seven Swans and Carrie & Lowell. His lyrics are as acute as ever (who else could rhyme “lessons and metaphors” with “signals and semaphores” without missing a beat?). But the other thing Sufjan is known for is that aforementioned experimentation, and that’s all present here, too.

His experience with wide arrays of instrumentation — from the experimental pop-folk of albums like Illinois, to the focused symphonics of his instrumental projects — is all evident, though it tends to live in the background. The varied instrumentation acts as a sonic guide, allowing the emphasis to rest not on musical experimentation, but on the album’s lyrics and general tone of kind contemplation.

“The Pillar of Souls” situates itself along a rhythmic, almost marching beat, tempered by detours into gentler, more hypnotic atmospheres. The closing track, “Lacrimae,” operates from the same acoustic baseline as the other songs, but soon blooms softly into what might be the most expansive and ethereal track on the album.

“You Give Death a Bad Name” and “Back to Oz” also find Stevens incorporating bass, drums, and electric guitar, thus putting a creative spin on songs that otherwise easily could have felt more like traditional acoustic folk.

De Augustine is the perfect match for Sufjan’s gentle vocal style — the two have very similar voices, to the point that sometimes it’s almost hard to differentiate them, but the similarity works in the album’s favor and lends each duet a feeling of tenderness and proximity.

The only drawback is that there are times when their harmonies feel almost too evenly matched; they each have such beautiful voices that although distinguished solo parts might have taken away from the lulling nature of this style, more separation in the harmonies of songs like “Lady Macbeth in Chains” and “Olympus” might have helped each of their touches on the sound feel slightly more personal, since each of them has so much to offer.

In the past year, so many of us have looked to movies and TV shows (and music!) not only for inspiration, but for a sense of comfort and safety; for something like the haven Stevens yearns for on “Back to Oz.” There have been times when the stories found in books and movies have felt like the most reliable possible routes toward normalcy, excitement, and even, ultimately, strength.

This is the path Stevens and De Augustine have followed in the making of this album, and luckily for us, they appear to have found their destination.

Essential Tracks: “You Give Death a Bad Name,” “It’s Your Own Body and Mind,” “Back to Oz” 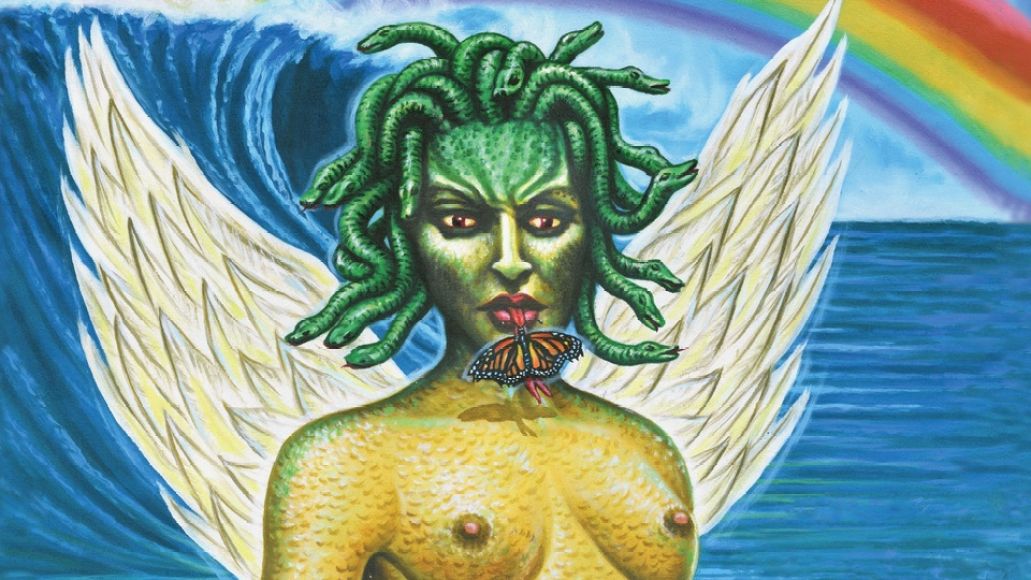 On A Beginner’s Mind, Sufjan Stevens and Angelo De Augustine Use Fiction as a Guide and a Salve