Like a Russian nesting doll of anecdotes, the first trailer for Dave Grohl’s new memoir, The Storyteller, finds him telling the story of why he decided to write a book full of stories.

“I’ve never really been one to collect stuff,” he begins over a montage of family photos, home videos, and concert footage. “But I do collect moments. My life flashes before my eyes every single day. And in writing this book, I’ve tried to capture those moments as best I can.”

The Foo Fighters frontman explained that during lockdown, he “suddenly had nothing to do. I never have nothing to do,” he said. “So I thought I would spend my time writing these short stories for an Instagram page, Dave’s True Stories.” These included some 4th of July fireworks gone horribly wrong; a wild anecdote involving Pantera and a strip club; and the time he got to jam with Prince.

“In doing that,” he explains in the trailer, “I fell in love with writing. And I thought, ‘Oh, you know what, maybe I’ll just write a book,’ without realizing how gargantuan a project it would be.”

He teases additional tales of his time in the bands Scream and Nirvana and promised to “describe what it’s like to be behind the curtain and on the inside of the music.” The Storyteller drops October 5th, and you can check out the trailer below. Pre-orders are ongoing.

Earlier this week, Grohl hinted at an “insane prog-rock record” in the Foos future. At a recent gig at the Forum in Los Angeles, the band was joined by 11-year-old Nandi Bushell, which was such a viral sensation that it pushed “Everlong” back on to the Billboard charts. Last Sunday, the Foos brought some rocking swagger to the VMAs. 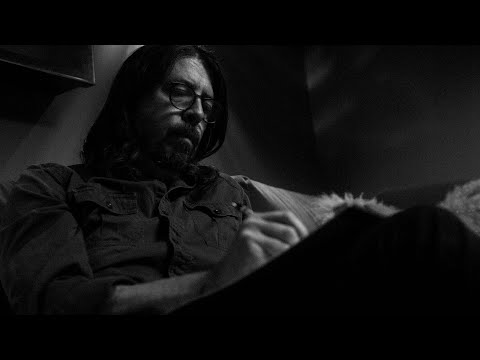