Glass Animals have been flirting with pure pop for a while now, and they achieved their first taste of mainstream success with the 2020 global hit “Heat Waves,” which surpassed a billion global streams. As the UK band’s follow-up, they have now shared a new blockbuster hopeful, “I Don’t Wanna Talk (I Just Wanna Dance).”

In a statement, Bayley attempted to sell the song as an expression of great inner turmoil, instead of the standard shake-your-booty bop it so closely resembles. He wrote,

“Talking is great, don’t get me wrong. But this pandemic has made so many of us look inwards in a way we maybe haven’t before. The uncertainty in the world and the inability to go out and create new memories makes you dig deep into the past. It really fed people’s deepest insecurities and rattled our foundations in so many ways. Relationships changed, friendships altered, and self-confidence was warped. I spent a lot of time talking to my dog, but even more time talking to myself in my head, which was keeping me up all night, and my friends and family were doing the same. It felt like we were all put in a pressure cooker, but there was no way to let out the steam. That’s what this track is about – that pressure cooker exposing and expanding so many cracks, but struggling to fill them in and decompress. I want people to switch their devices off, put this song on, close their eyes, and have that release for a moment.”

The accompanying music video finds Bayley playing his boombox for strangers, which inspires them to — you guessed it — dance. Check out Glass Animals’ “I Don’t Wanna Talk (I Just Wanna Dance)” below. 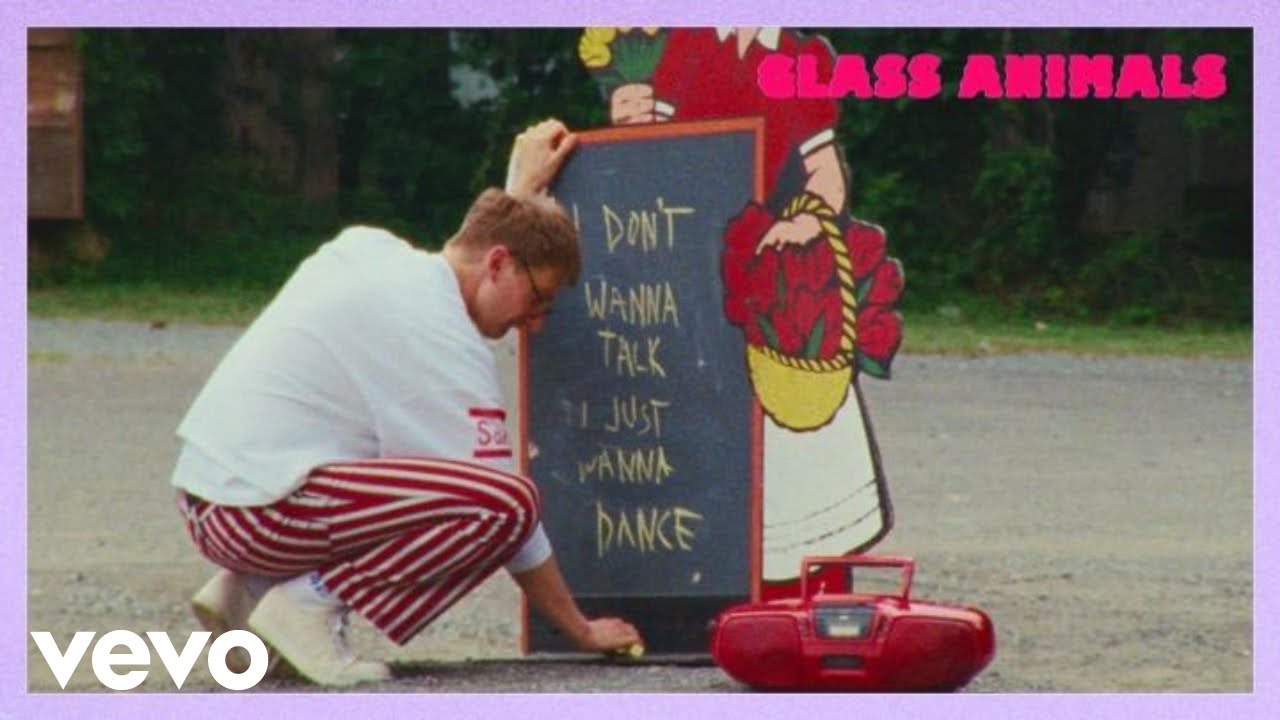