It was just a few months ago that Foo Fighters welcomed back live music in New York City with their Madison Square Garden show, and that already feels like a lifetime ago. If that was the city healing, the return of Governors Ball is NYC thriving.

The festival kicked off its 10th anniversary celebration on Friday night, beckoning the throngs of music-hungry youths to its new location at Citi Field. The parking lot setting is a far cry from the barely-accessible Randall’s Island of years’ past, and frankly that’s a good thing. There was already enough anxiety about being in such massive throngs once again (checked for vaccinations and negative tests though they were) without worrying about cramming onto a bus or missing the last ferry to get off the island.

That relative ease compared to years past certainly added to the feeling that this was all going to be okay. Sure, there was still some sense of chaos (you put 50,000 people in a circular parking lot festival, you’re going to have some disorder), but the fact is, everyone was still able to pull this off. A huge number of people were able to get in front of multiple stages filled with a variety of top-tier artists; no matter how you slice it, that’s a win.

And there were plenty of wins to go around. From wild sets by Bartees Strange and Portugal. The Man to the soothing sounds of Leon Bridges and the emotional explosion of Future Islands, the day was filled with loads of great music. It just feels good to be able to experience that again.

Read on for the five best things we experienced during Day 1 of Governors Ball 2021. 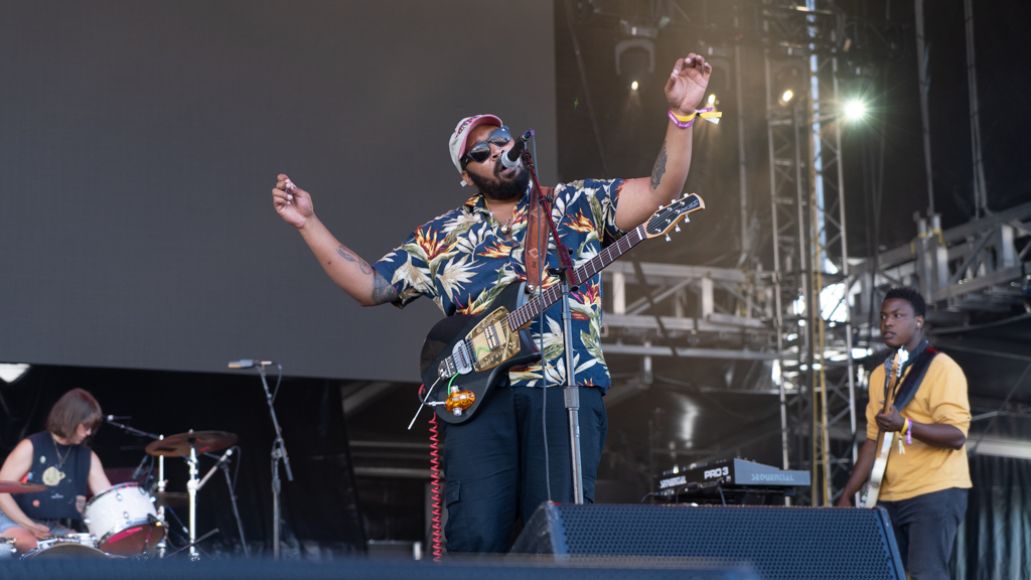 Bartees Strange kicked off Day 1 of Governors Ball with an eclectic blend of music that seemed to encapsulate each genre represented at the fest. Whether it was crushing alt-rock anthems like “Mustang” and the newly-released “Weights,” or the hip-hop and R&B-inflected cuts from 2020’s Live Forever, Bartees Strange delivered on all fronts, convincing us that rock doesn’t have to live and die by guitar jams. — Paolo Ragusa