Iggy Pop and Matt Sweeney have released their new cover of The Velvet Underground and Nico’s “European Son.” The collaboration between the 74-year-old rock star and his frequent collaborator appears on the tracklist for the upcoming tribute album I’ll Be Your Mirror: A Tribute to the Velvet Underground & Nico.

In a statement about the track, Sweeney said, “The Velvet Underground were rock and roll’s finest band. Iggy Pop remains rock and roll’s greatest singer. I am thrilled and humbled that the joyous experience of getting deeply nasty with Iggy on ‘European Son’ can be heard by lifelong VU fans and newcomers.”

The track-for-track recreation of the band’s classic 1967 debut LP with the German singer also features covers by the likes of Courtney Barnett (“I’ll Be Your Mirror”), St. Vincent and Thomas Bartlett (“All Tomorrow’s Parties”), King Princess (“There She Goes Again”), Matt Berninger (“I’m Waiting for the Man”), and more. Executive produced by Hal Willner before his death in April 2020 due to COVID-19, the album is set to be released September 24th via Verve Records. Stream the lyric video for Iggy Pop and Sweeney’s take on “European Son” after the jump.

In August, the punk icon teamed up with Måneskin for a new version of the band’s latest single “I Wanna Be Your Slave” , and  he joined the cast of the upcoming dark comedy film Blue Iguana in April. 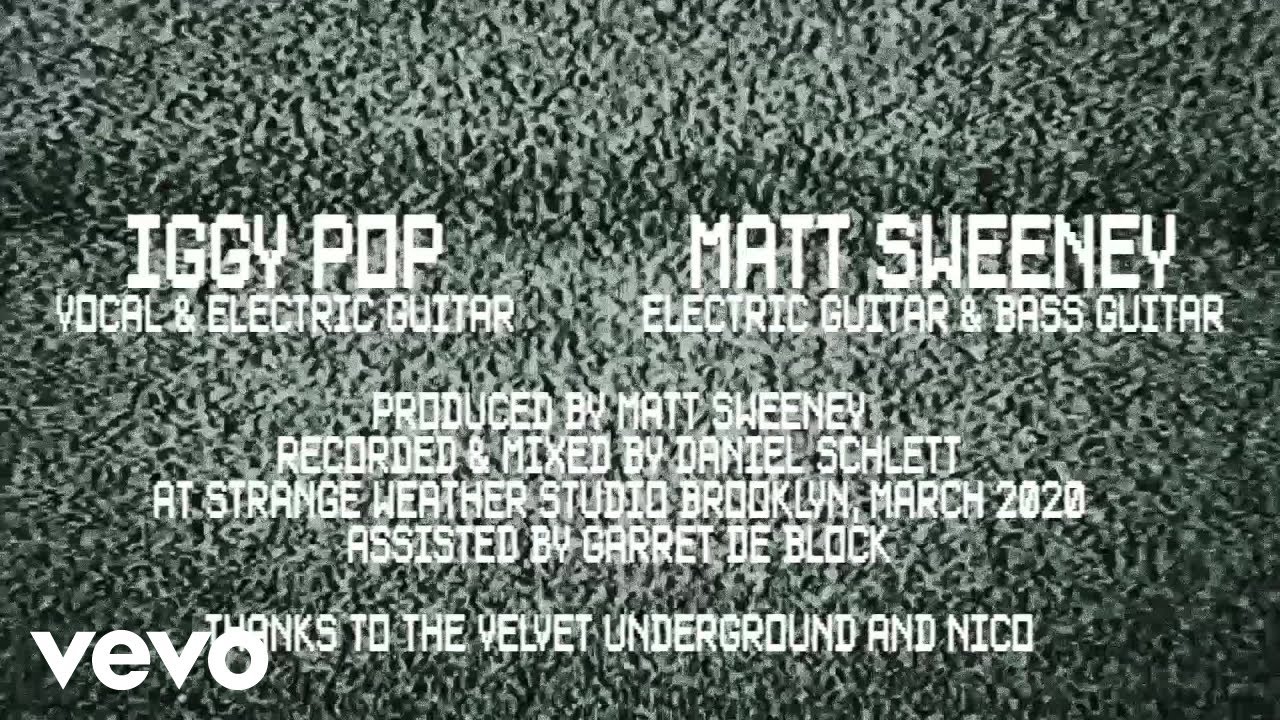