Iron Maiden mascot Eddie is getting his own Funko Pop! NFTs. The digital assets will be available beginning September 30th.

Eddie and Iron Maiden will be toymaker Funko’s inaugural music Digital Pop! NFT. The collection will include 44 different versions of Eddie as digital “Pops!”

“We are huge Iron Maiden fans here at Funko and couldn’t be more excited to have our inaugural music Digital Pop! NFT be music icon Eddie,” Funko CEO Brian Mariotti said [via Billboard]. “Iron Maiden and Funko fans alike appreciate creative genius in music and pop culture. Now, they can celebrate both in digital form.”

So far, only a teaser video can be seen, showing a few of the digital NFTs. Eddie is indeed recreated in cute Funko form, with animations bringing the beloved Maiden mascot to life. Previously, Funko has released actual figures of Eddie, as well as rock artists such as Guns N’ Roses, Queen, and Ozzy Osbourne.

Ranking: Every Iron Maiden Album from Worst to Best

Eddie recently appeared as a samurai on the cover of Iron Maiden’s latest album, Senjutsu. It marked the band’s highest charting album ever, hitting No. 3 on the Billboard 200.

Watch the teaser for the Funko Pop! Eddie NFTs below. And if digital collectibles aren’t your thing, you can pick up actual Eddie Funko Pop! figures via Amazon. 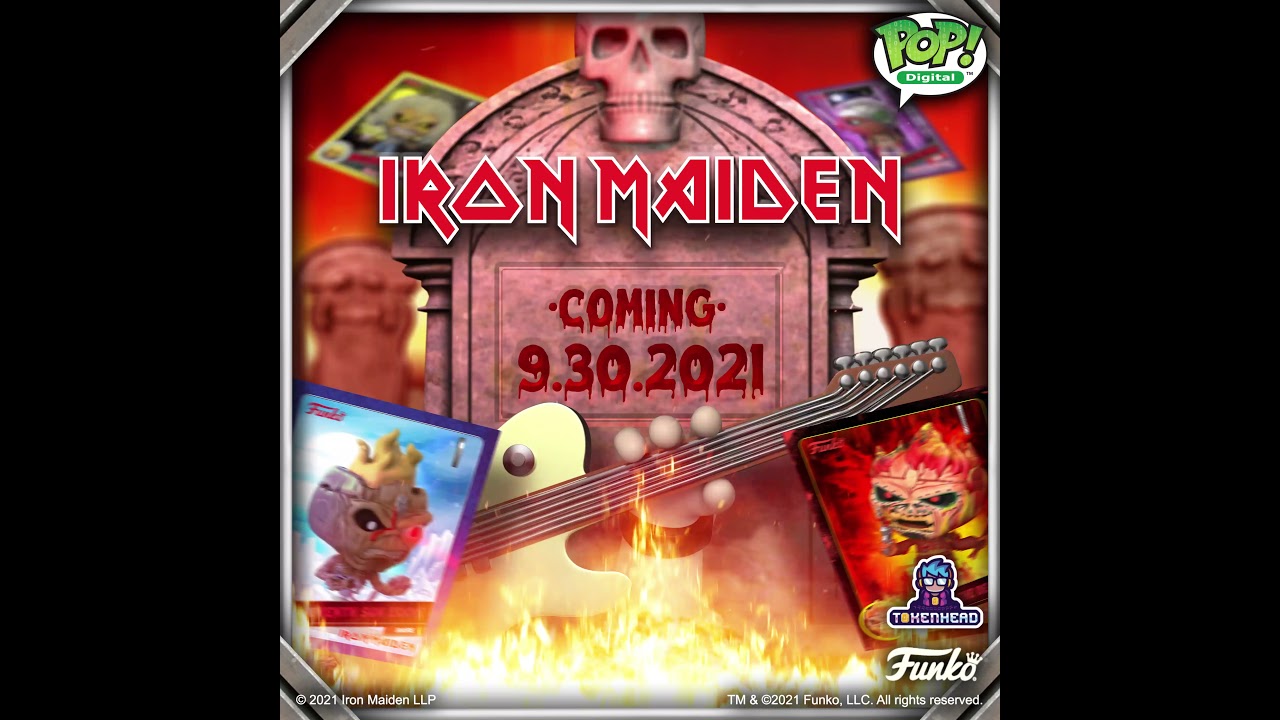 Iron Maiden Mascot Eddie Is Getting His Own Funko Pop! NFTs