Iron Maiden have notched their highest album chart position ever with Senjutsu, which debuted at No. 3 on the latest Billboard 200 chart.

The legendary metal band released its 17th studio album on September 3rd following a highly successful ARG-style campaign. Fans were “invited” to attend “Belshazzar’s Feast,” a mysterious tease that eventually led to the epic animated music video for the lead single “The Writing on the Wall.”

The video’s concept was conceived by frontman Bruce Dickinson and executed during the wealth of downtime caused by the pandemic. The band followed the video with the proper album announcement for Senjutsu, revealing the new “Samurai Eddie” adorning the LP.

As the high chart position indicates, the release campaign was an overwhelming success. Iron Maiden have hit the Top 5 before, but never have they reached No. 3 on the Billboard 200. Previously, The Book of Souls (2015) and The Final Frontier (2010) had peaked at No. 4.

Per Billboard, Senjutsu is Iron Maiden’s 15th Top 40-charting album in total, dating back to 1982’s The Number of the Beast. Overall, four of their studio LPs have hit the Top 10.

Stay tuned for Heavy Consequence’s interview with drummer Nicko McBrain on the making of Senjutsu. See the video for the album’s latest single, “Stratego,” below. 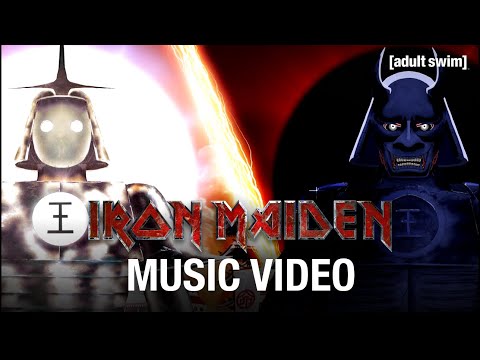