For 20 years, we’ve cringed and winced as the stars of Jackass brought the hurt on themselves. But how often have we thought about the damage they do to medical insurers? It turns out the number is almost as painful as the injuries themselves, as a new study has found that the main Jackass crew has racked up over $24 million in medical expenses over their careers.

The study from Nova Legal Funding (via Complex) examined the 79 injuries incurred by six members of the Jackass team: Johnny Knoxville, Steve-O, Chris Pontius, Ehren McGhehey, Dave England, Jason ‘Wee-man’ Acuña, and Preston Lacy. The boo-boos range from 28 broken bones to one alligator bite. In total, NLF estimates that those six individuals’ injuries have cost roughly $24,263,000. When taking into account all stunt performers in the show’s history and unreported injuries, NLF further estimates that the total Jackass medical bill tally is more like $38 million.

Of the six “Injury Rich” Jackasses, leader Knoxville unsurprisingly has the highest expense total at $8,663,000. He’s got the alligator bite in his tally ($100,000), but the $2.5 million worth of care for a brain hemorrhage he suffered while filming the upcoming Jackass Forever is easily the highest single-injury cost. His medical line items also include $4 million for 16 concussions, $300K for a broken ankle, and $120K for a “crotch injury.”

McGhehey has the inauspicious honor of the second highest tab at $7,380,000 million; that includes $2.7 million for breaking his neck thrice and another $1.2 million to fix four broken noses. Steve-O comes in third at $5,820,000, no doubt aided by the $1.75M expense for a recently fractured skull. His next highest bill came from getting skin grafts on 15% of his body at the cost of $900K.

England’s injuries total $1,650,000, followed by Wee Man’s $675K and Lacy’s $75K. Thankfully (if we can use that word…), the four Jackass films to date, including 2013’s Jackass Presents: Bad Grandpa, have pulled in over $487 million at the worldwide box office, so at least these pricy pains are covered. See injury breakdowns of the top three Jackass stars below.

Welcome to Jackass: The Stunt-Comedy Franchise’s 10 Most Outrageous Moments

Said NLF founder/CEO Ron Sinai about the study, “While the majority of the injuries caused by the crew of Jackass are self-inflicted, and the average person doesn’t usually injure themselves this often, we wanted to show how much these painful accidents cost in medical bills, so fans of the show can appreciate the financial and medical consequences of living such an adrenaline-fuelled life!”

We’ll see how much more mayhem and medical dues the Jackass gang can add to their record when Jackass Forever crashes into theaters on February 4th, 2022.

One member who won’t be getting anymore calls from his insurance company is Bam Margera, who was fired mid-production. Bam is currently suing Paramount and the Jackass producers — including Knoxville — claiming his being fired over a positive Adderall test amounted to mental health discrimination. 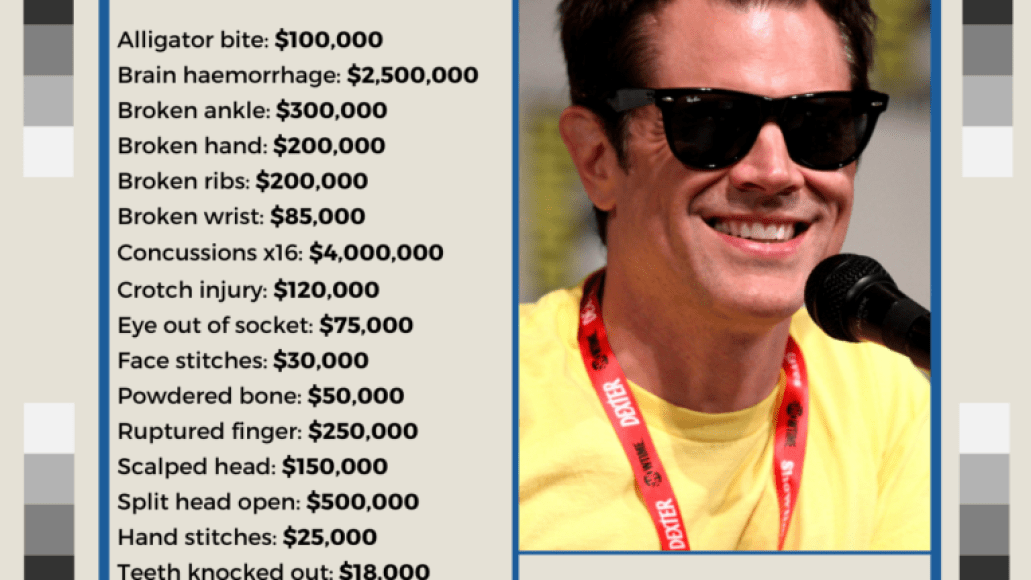 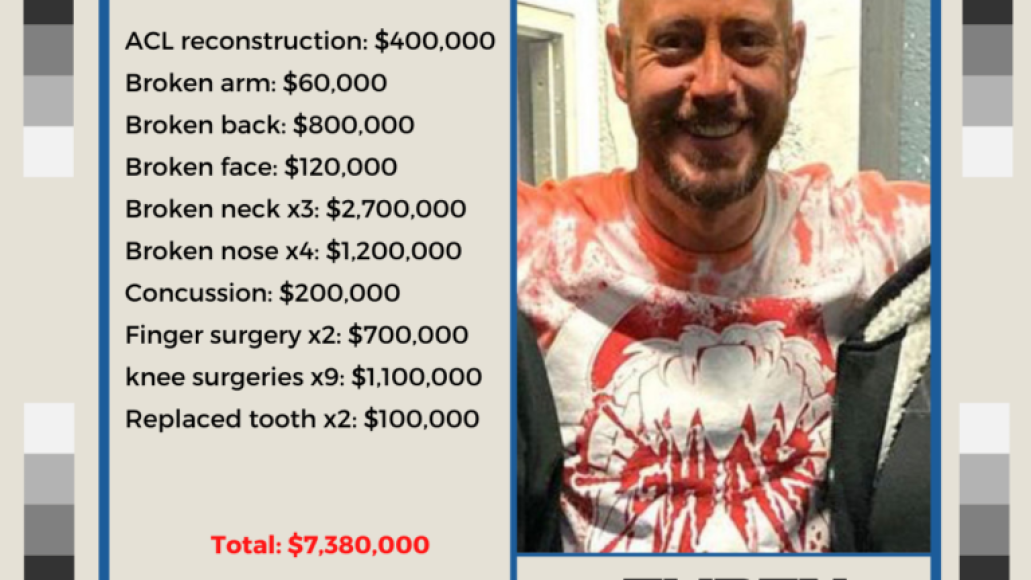 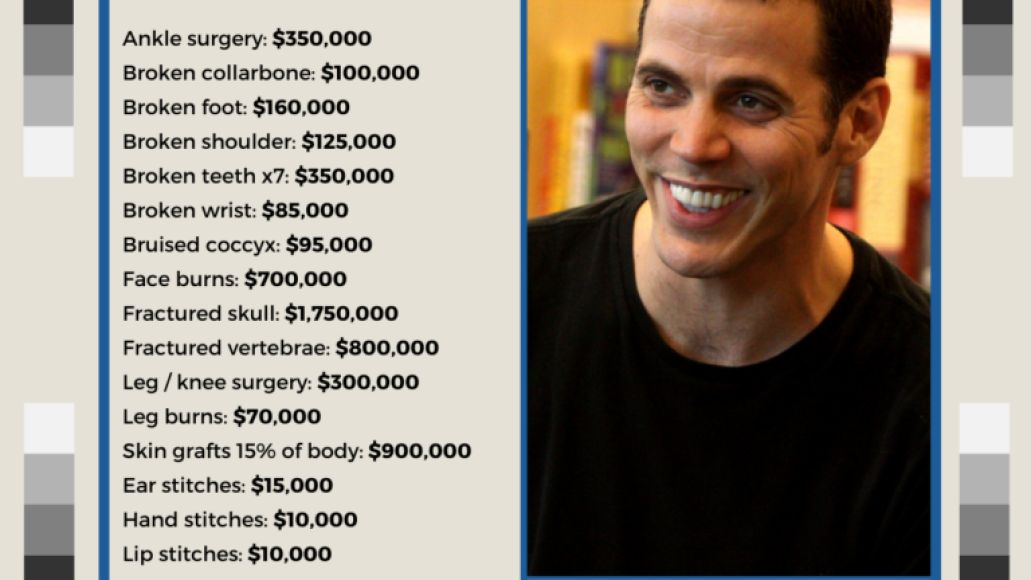