Two veteran gunslingers face off in the new trailer for Netflix’s The Harder They Fall — oh, and some cowboys are trying to kill each other, too. As the pistol-twirling madness unfolds, it’s soundtracked by a new song featuring JAY-Z and Kid Cudi.

“My guns go bang!” Cudi sings in his trademark autotuned aesthetic, “I can make the guns go bang!” Meanwhile, JAY-Z’s verse provides some jazzy zip to a violent montage of gunshots and bloodshed. He raps, “Bullet’s what your name’s drew/ Cock back, aim, shoot.”

JAY-Z is also an executive producer on The Harder They Fall, which stars Idris Elba as escaped convict Rufus Buck and Jonathan Majors as Nat Love, an “outlaw who hunts down those who trespass against him with no mercy.” Jeymes Samuel directs from a script he co-wrote with Boaz Yakin.

This latest trailer covers most of the same ground as the teaser released in June. But it shines a brighter light on Majors, who gets to show off some of his comic chops, and it provides a longer look at Zazie Beetz’s part as Stagecoach Mary, and Regina King’s unnamed Rufus Buck ally, who bristles when Buck is named as her boss. “My boss?” she blinks. “Clearly, you don’t know me.” The Harder They Fall gallops into select theaters in October before firing its way onto Netflix November 3rd. Check out the newest sneak peek below.

JAY-Z recently guested on Kanye West’s Donda, and has been co-starring in a Tiffany & Co. ad campaign alongside Beyoncé, a painting by Jean-Michel Basquiat, and the iconic Tiffany Diamond. As for Kid Cudi, in December of last year he released Man on the Moon III: The Chosen, which broke the record for the shortest song on the Billboard Hot 100. He promoted tracks from the album for his lavish 2021 Prime Day Show video. 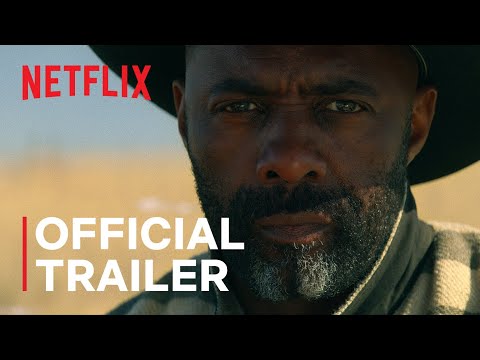 JAY-Z and Kid Cudi Tease New Song in Trailer for The Harder They Fall: Watch