After the dissolution of her band Sonic Youth, Kim Gordon teamed up with experimental guitarist Bill Nace to form the duo Body/Head. Now, that project is expanding with the addition of former Wolf Eyes member Aaron Dilloway for the aptly titled Body/Dilloway/Head. Today, the newly-formed trio have announced their self-titled debut, out November 19th via Three Lobed Recordings. As a preview, they’ve shared the song “Goin’ Down.”

Body/Dilloway/Head combines Gordon’s pioneering alt-rock spirit with Nace and Dilloway’s knack for boundary-breaking experimentation. The album is three tracks long, with its opener clocking in at 17 minutes and the last track being over 13 minutes. A press release deems Body/Dilloway/Head as being “as disorienting a listening experience as you’re likely to encounter these days,” and considering what we’ve heard from all the artists involved before, our expectations are pretty high. “Goin’ Down” is a droning, wordless track that gradually builds in intensity, creating a hypnotic effect before tapering off again.

“One of the things I like most about playing improvised music and especially in Body/Head with Bill is the constantly exhilarating freedom and surprise about what is going to happen at any given moment,” Gordon said in a statement. “Making this record with Aaron Dilloway, who I have always admired so much, added in another layer of unknown and another way of giving up control. Aaron took our sounds / music as a source and had ‘his way with it’ so to speak, crushing whatever narrative that existed in order to enter into it and making something different than what we would have done as Body/Head.”

Listen to “Goin’ Down” and check out the album artwork and tracklist for the album below.

Body/Head’s last album was 2018’s The Switch. Earlier this year, Gordon shared a video for “Hungry Baby,” from her 2019 debut solo album No Home Record, which starred her daughter Coco Gordon-Moore. 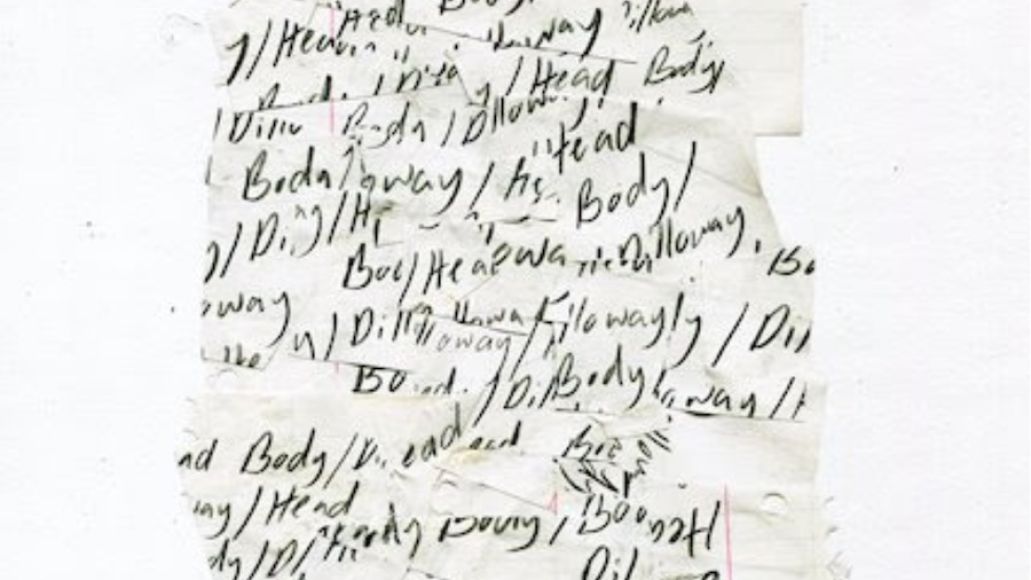