Lil Nas X has proven that there is no one correct way to become a superstar. After commanding headlines, airwaves, and awards ceremonies with his 2019 viral hit “Old Town Road,” many naysayers expected the 22-year old artist to flame out as a one-hit wonder. In the hands of a less talented and less clever artist, that may have been the case.

Instead, he’s proven himself not a cultural phenomenon but a driver of the culture, redefining what it means to be a young, queer, Black artist — and doing so by being joyfully, unabashedly himself.

The thing is, as good as Lil Nas X is at firing off a pitch-perfect tweet or centering the conversation around an online stunt, he genuinely has the music to back it all up. He deals in bops, lets himself evolve, and seems to care about improving his craft.

All eyes are on Lil Nas X ahead of what is somehow only his debut full-length album, Montero, set to arrive tomorrow, September 17th. In celebration, we’ve rounded up five of his most show-stopping moments from this year so far.

Performing “Industry Baby” at the VMAs

This past weekend’s VMAs included Lil Nas X’s debut performance of his latest smash, “Industry Baby,” with some help from Jack Harlow. Before transitioning into yet another of his No. 1 hits, “MONTERO (Call Me By Your Name),” Lil Nas X led out a full marching band, executed a costume change, and hit some choreo for the roaring crowd. He understands what it means to be an entertainer — the X factor, if you will. (Get it??)

Failing His Drivers Test (Then Passing)

Twitter has long been the young star’s preferred social media platform — his tweets give off the energy of the Kanye tweet that read “I no longer have a manager, I can’t be managed.” Sometimes, it’s hard to tell what’s an extended bit, what’s reality, and what’s just a Spongebob reference, but the chaos often just makes his Twitter feed that much more fun to scroll. (He may have rebranded since his origins as a Nicki Minaj stan account, but Barb habits die hard.)

Some of the day-to-day updates tend to feature quick insights into Lil Nas X’s life, and one of the best arrived in April: “I DID IT! I FAILED MY DRIVERS TEST!” he shared. He ended up retaking the test a month later and passing, posting the successfully obtained license upon doing so.

OMG I DID IT! I FAILED MY DRIVERS TEST!

Glowing at the Met Gala

So many people misunderstood the assignment at this year’s Met Gala, the annual fundraiser for the Metropolitan Museum of Art headed by Anna Wintour. Lil Nas X was not among the flops: while his look’s overall theme was admittedly hard to follow, he at least clearly understood the point of the gala’s red carpet, which is to make a fashion statement as interesting and artistic as possible.

Taking a page from Lady Gaga’s Met playbook, Lil Nas X showed up in an outfit ready to be deconstructed: as he moved along the carpet, he shed a cape to reveal a golden suit of armor and ended in a jeweled jumpsuit. He’s been slaying red carpets from the start — why stop now? 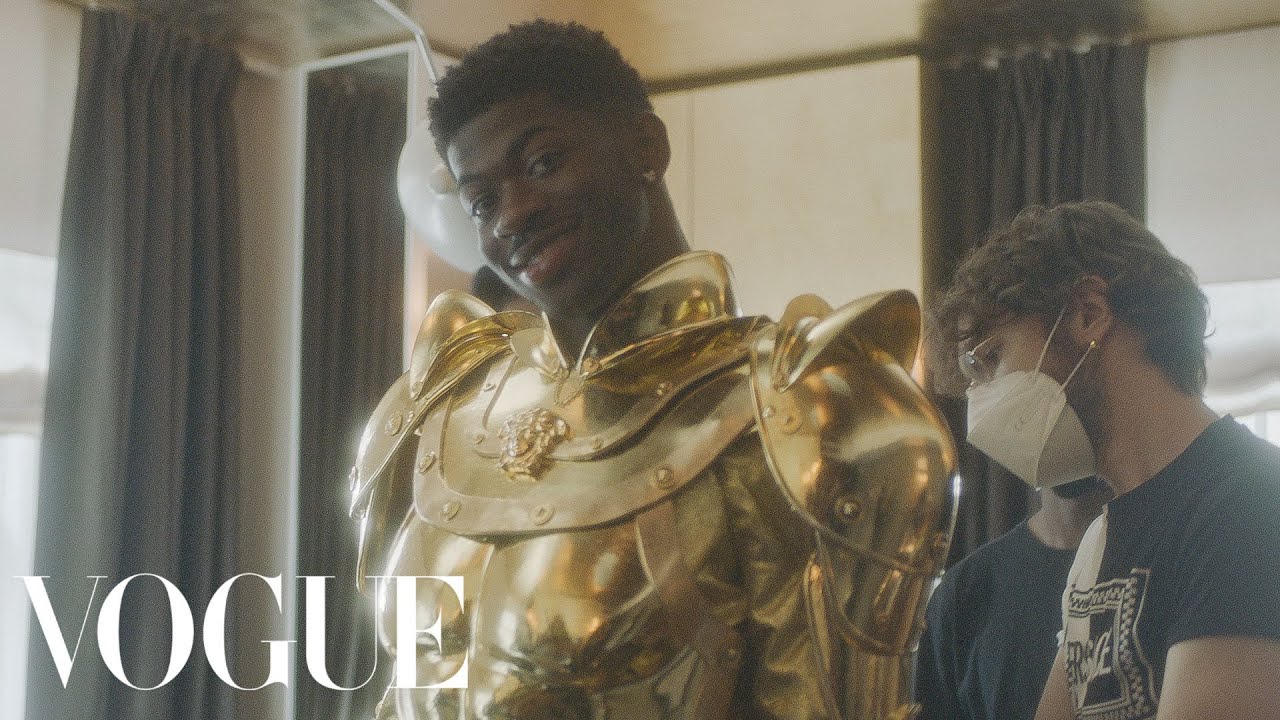