The Pitch: Kate (Mary Elizabeth Winstead) is your classic stone-cold movie assassin: She’s a crack shot, has nerves of steel, and (in the fashion of a dozen female hitmen before her) was trained from childhood to kill by a friendly, paternal handler (Woody Harrelson) who will almost certainly prove a thorn in her side by film’s end. But she’s looking to retire, and has to go on — you guessed it — one last job to do it. Things get complicated when unseen forces fatally poison her, giving her only 24 hours to find out who’s responsible and make them pay before she croaks. To do it, she’ll have to team up with a rambunctious young teenager (Miku Martineau) — whose father she killed on a prior mission — to tear through the dueling halves of the Japanese mafia.

Netflix and Kill: One of Netflix’s most recently-cornered markets is the mid-budget action thriller, the kind of mid-budget shoot-em-ups that used to be de rigueur for theatrical mayhem before movie theaters were swallowed whole by the unholy IP maelstrom. Kate is but the latest of that crop (other examples include The Old Guard, Extraction, and last month’s Sweet Girl), all of which follow a simple formula: Get an A/B-tier movie star, dump all your effort into the stunts and enough neon light to hide your cheap locations, make it as much like John Wick as possible, and you’re off to the races. 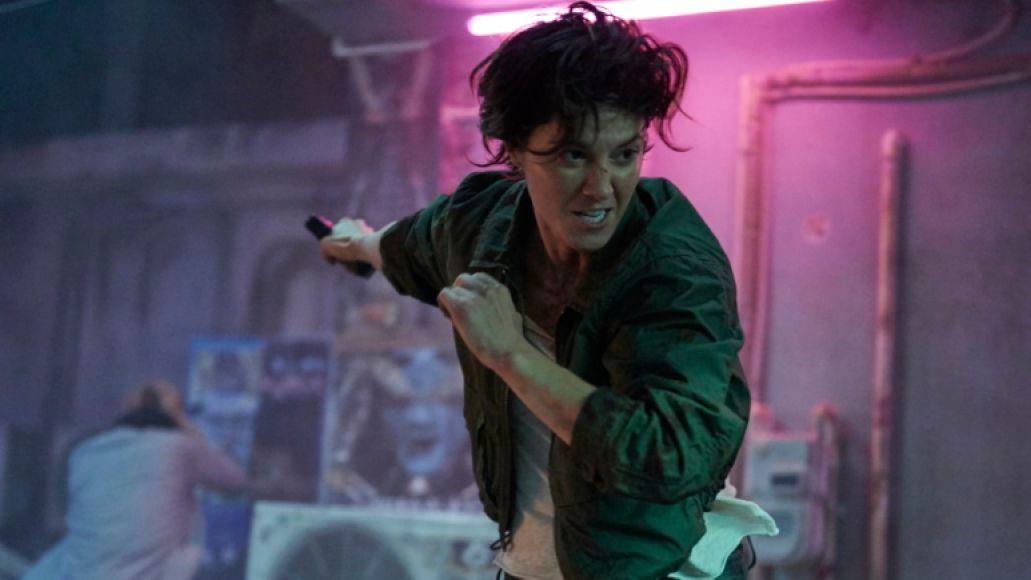 The results here are involving in the moment, though they hardly tread new ground. The old “dying assassin on one last job, with a corruptible child in tow” story is a reliable skeleton on which to hang all manner of blood-soaked shenanigans, and Kate rarely strays from its predecessors. There’s never a moment of true surprise in the story or real innovation in the characters: Kate is stock as stock can come, as is the cadre of duplicitous gangsters around her. The script teases out twists and turns that discerning audiences can see a million miles away, and there’s hardly a beat that doesn’t come more telegraphed than a love letter from Samuel Morse.

One of Kate’s variations on the theme is its rain-soaked Japanese setting, which is somewhat novel but in a way that feels more than a bit fetishistic. The opening titles appear first as Japanese kanji before unfurling into English; major set pieces are punctuated with bubbly J-pop for extra juxtaposition; Winstead tries her hand at some nihongo herself when talking to some yakuza goons. All told, it feels rather like a movie about white people appropriating the “cool” factor of Japanese crime thrillers for their own action flick, with little to say about the cultural divides inherent in the premise. That’s not to say it’s a cancellable offense, necessarily, but it just doesn’t do anything interesting with the setting.

Kickass Kate: Still, as formulaic as Kate can be on a story level, director Cedric Nicolas-Troyan (The Huntsman: Winter’s War) at least injects some welcome thrills into the actual set pieces. Winstead’s already proven her action chops as the oft-overlooked Huntress in Birds of Prey, and Kate is a great showcase for what she can do as an action heroine. There’s a visceral desperation to her physicality that’s really cool to see — her takedowns of the various yakuza toughs who come her way are hardly ever easy, especially when she has to drop the gun and go hand-to-hand.

The best moments of choreography entail Kate having to wriggle her way out of being on the back foot of a fight, finding whatever she can to throw, toss, or stick in an enemy’s flesh. Plus, she’s hardly invincible, as evidenced by the ticking clock of her rapidly pureeing insides. Winstead infuses Kate with a brooding, frustrated rage that elevates the character slightly from the emotionally-stunted assassin on the page, which translates into the skin-of-her-teeth scrappiness with which she conducts herself in battle. 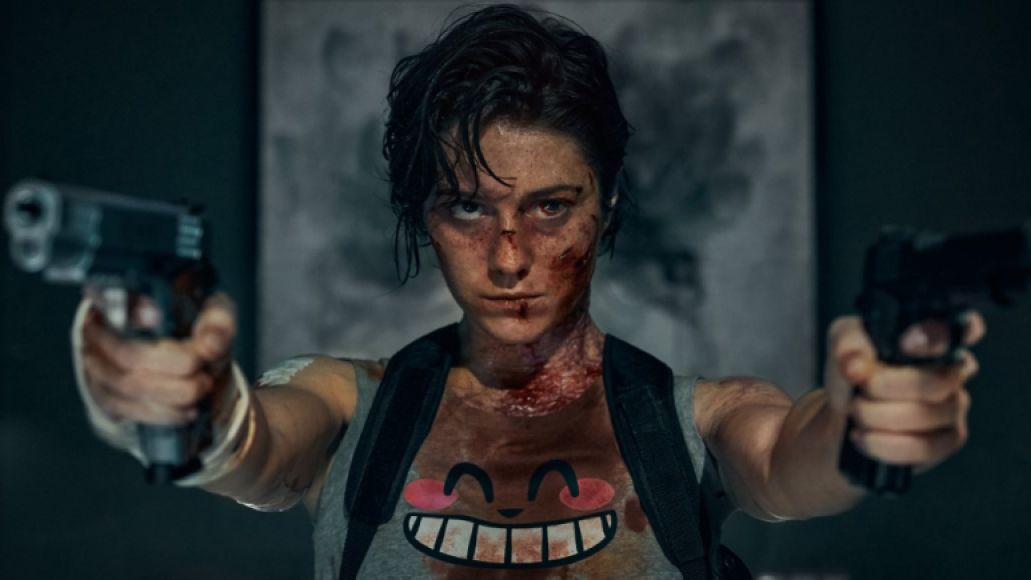 The same, alas, can’t be said for the supporting cast. Woody Harrelson sleepwalks through this thing, carrying with him the same shopworn casual menace he brings to villain roles in Solo: A Star Wars Story and (presumably) Venom: Let There Be Carnage (whenever that finally comes out). Tadanobu Asano is also lost as a yakuza boss with (ostensibly) surprising connections to Harrelson’s character, and I’m frankly shocked at how short Huisman’s screen time is for being one of the film’s bigger names. For her part, Martineau does her best to inject her street-smart teenager with a decent mixture of vulnerability and toughness, but she just can’t quite hop over the limitations of Umair Aleem’s script.

The Verdict: In an age where action films look to be reinventing themselves, Netflix’s Kate is mostly content to play the hits. As a vehicle for Winstead’s action-hero bonafides, it largely succeeds; I’d love to see more of her as a droll, acerbic, socially-maladjusted killing machine. She’s good at it. Just make the world around her a little more interesting next time, and give us something to do while we wait for the next flurry of fists, knives, and bullets to arrive.

Where’s It Playing? Kate breaks some champagne flutes in half and drives them into your temples on Netflix September 10th. 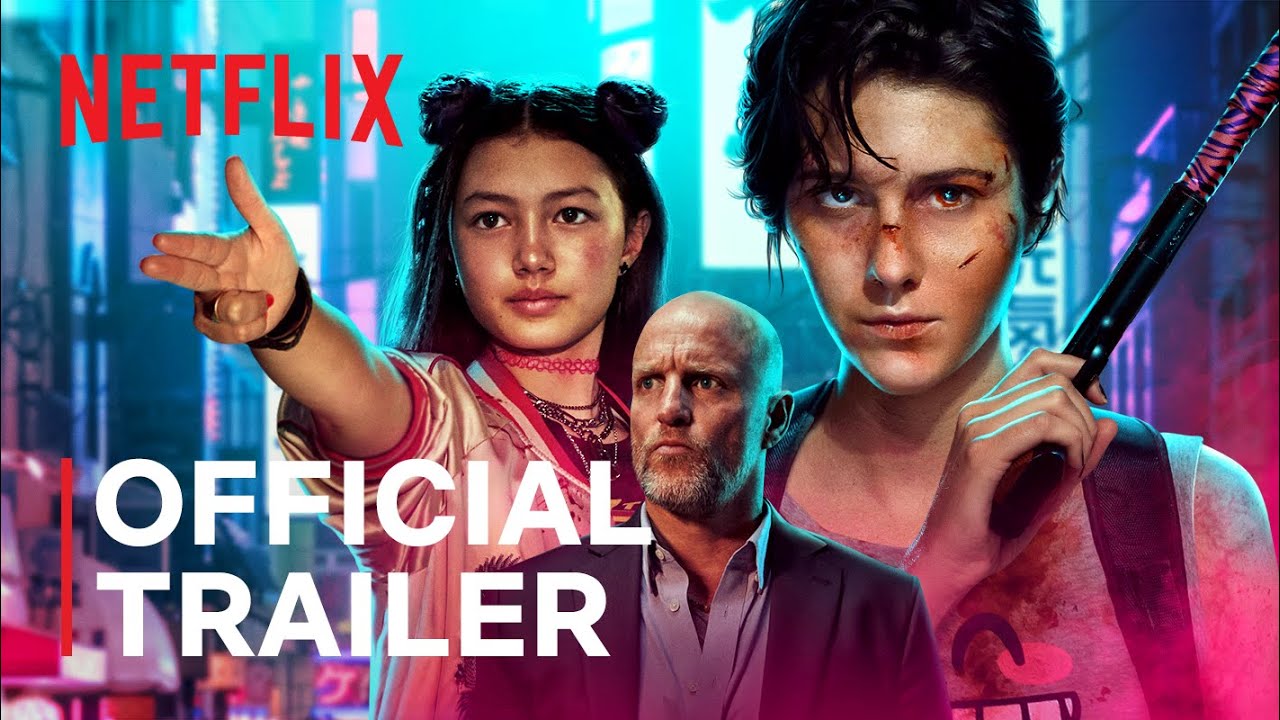