When a famous actor or celebrity dies, social media usually pours out with the same expressions of grief: form-letter expressions of thoughts and prayers for the families, blanket-statement RIPs that could apply to anyone, the kinds of tweets that say “I know I should give my opinion on this, but I don’t have one, so here it is.” Not so with Michael K. Williams, Emmy-nominated actor from The Wire, Boardwalk Empire, and dozens of other great roles, now tragically gone from us at the too-young age of 54.

Social media poured out with expressions of mourning, of course, but these were more directed, more personal. Costars and fans alike expressed their shock and dismay at the September 6th news — not him. Not now. We were all aghast at the loss, not just because we loved his work, but because he had so much life left to live, and he seemed to live it with a brightness and authenticity we rarely see.

To watch Williams on screen, whether he was playing gangsters or stick-up men or revolutionaries, was to behold someone in total command of their craft and themselves. To be sure, his unique look helped: The victim of an attack with a razor blade at 25 in his lifelong neighborhood of East Flatbush, Williams sported an iconic scar across the right side of his face that split his face in twain. It made him look hard, even when he didn’t feel that way (“All my life I’m this cream puff, and next thing I know everyone sees me as some kind of gangster,” he told the New York Times in 2017. “It almost made me laugh”).

It’s a look that immediately drew the attention of casting directors, modeling agencies, and musical acts. Not long after that, he built up a career as a dancer and choreographer for acts ranging from Madonna to George Michael. It also drew the eye of Tupac Shakur, who cast him in his first big role in 1996’s Bullet, as his character’s younger brother High-Top.

But despite those early signposts (including a stunning small role as a drug dealer dying of a gunshot wound in Martin Scorsese’s undersung 1999 masterpiece Bringing Out the Dead), we all know it was Omar Little on The Wire that defined Williams’ career — for better and for worse.

Omar remains one of the greatest TV performances of the 21st century, a revelatory glimpse at a gay Black man on television who maintained the street-level hardness necessary to survive the drug game in Baltimore. The character was the perfect vessel to showcase Williams’ talents: that patented mix of intensity and vulnerability, dry humor mixed with piercing eyes that could burn a hole through you if you dared match his gaze.

Williams didn’t so much perform as inhabit his roles; such was his blazing charisma. Whenever Omar or Boardwalk Empire‘s Chalky White or When They Rise‘s Ken Jones or Bessie‘s John Gee strutted on screen, it felt like the character was leaping right out of the page and in front of our eyes, daring us to behold his power. There’s a reason Wire fans still think of lines like “Omar coming” and “You come at the king, you best not miss.”

But whatever concerns he may or may not have had about being typecast as gangbangers and bad dudes (As he told Time in 2009, “I haven’t had a problem with being typecast, but if I was only getting one type of role, I wouldn’t mind. What I’m worried about is not working”), Williams side-stepped those stereotypes by bringing nuance and sensitivity to each role.

Omar could have been a gang-banging stereotype of the kind Fox News crows about every night; supporting roles as slaves (12 Years a Slave), inmates (The Night Of), or drug dealers could have easily stymied other actors, saddled with the restrictive roles Black men (especially dark-skinned Black men) are allowed to have in film and TV. But in Williams’ hands, these figures became three-dimensional human beings, worthy of respect, scorn, and visibility alike.

(Also, Williams knew how to calibrate that patented intensity into uproarious comic dryness — see his guest turn on Community or, perhaps his greatest work, The Wire: The Musical. Dude was funny!) 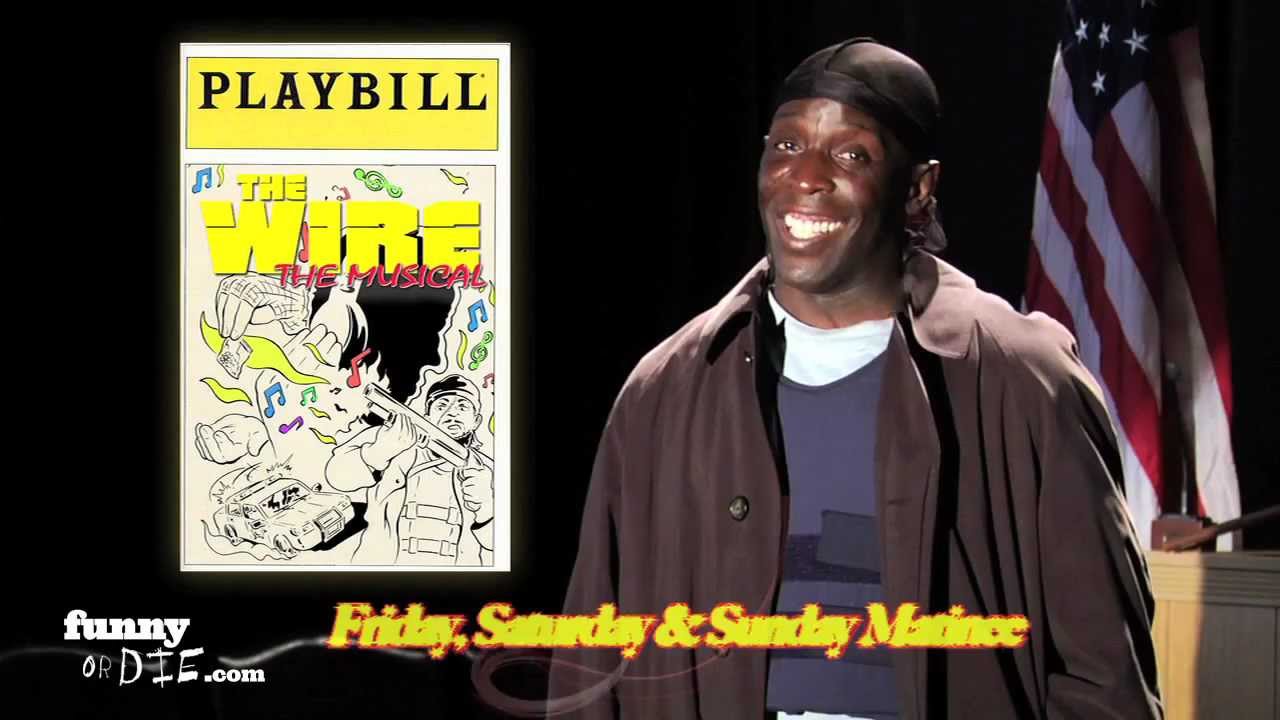 He even managed to be the most compelling part of the more mediocre fare he took smaller parts in. Like the man said, he loved to work. Pop on The Purge: Anarchy, and you get a few precious minutes of Williams as a firebrand resistance leader organizing rebellions against the New Founding Fathers, decked out in regalia reminiscent of Black nationalist revolutionaries from the ’70s.

Even supporting roles as the Black Sidekick in otherwise-disposable genre flicks like Assassin’s Creed and the RoboCop remake benefit from his innate ability to inject warmth and complexity to the most rote screenwriting. Many actors meet the challenges of their scripts — Williams exceeded them. Which is what made his work with already-great writers and directors sing all the more beautifully.

Taking those roles brought Williams no small amount of struggle amidst the fame — research for roles like Omar led him down the path to cycles of drug addiction and recovery that would plague him for the rest of his life. But in interview after interview, he was open and honest about those struggles, ever the advocate for his community and the people he represented on screen.

But his appeal lied far beyond his acting prowess. In press junkets, in interviews, in guest appearances as himself and in Viceland documentaries like Black Market and Raised in the System, Williams strikes you with the bone-deep sincerity and gregariousness with which he greets basically anyone he meets. Take his cameo in the final 2012 episode of No Reservations, in which he drops by to escort Anthony Bourdain through the streets of his neighborhood in Brooklyn. Every few seconds, someone else comes up to him — whether a stranger, neighbor, or former Wire costar — and he greets them with his signature wide grin, a tight hug, and a story about them he gleefully shares with Tony.

Meanwhile, even though he’d hit the big time in Hollywood, he stayed close to his community in East Flatbush his entire life, never wanting to stray far from the upbringing that made him who he was. And that sense of grounding was reflected in his life and works hundredfold.

Even a thousand words in, I’ve barely scratched the surface of Williams’ inimitable appeal. In his life and his career, he defied all expectations: a dark-skinned Black man who took the limited roles Hollywood offered to people like him and turned them into some of the most iconic characters in film and TV history. He was a kid from the projects who made it big, but never truly forgot where he came from. He was the kind of actor who brought his experiences as a dancer, a Black man raised in poverty, and an addict to his work, and made enlightening magic from them.

It’s a true tragedy that we’ve lost him so young; he had so much more left to give. But in times when we miss his indelible presence on our screens, we can always look back on the work. That’s his true epitaph.

If you’re struggling with issues of substance abuse and mental health, please contact the SAMHSA National Helpline at 1-800-662-HELP (4357).

Michael K. Williams Was So Much More Than Omar Little