Rap Song of the Week breaks down the rap and hip-hop tracks you need to hear every week. Check out the full playlist here. This week, Lil Nas X teams up with Megan Thee Stallion on his Montero track “Dolla Sign Slime.”

After a rollout that left conservative pundits clutching their pearls, Lil Nas X finally dropped his debut album, Montero, today and revealed a complete artist comfortable in his true identity. “Dolla Sign Slime” is not one of the many soul-baring songs on the project, but a Megan Thee Stallion-assisted banger squarely aimed at everyone who predicted the 22-year-old rapper’s downfall.

Here to dispel all the rumors and naysayers, Lil Nas X uses the anthemic, horn-driven production of “Dolla Sign Slime” to talk his shit. While bragging about buying all the luxury items that come with being a successful musician, the Georgia native won’t let anyone downplay his accomplishments. When he spits lyrics like, “Thought I went pop but I popped on you n****s/ Now I’m with the hits like I’m Babe Ruth,” nobody can dispute the truth.

Hot Girl Meg follows his lead, calling out all the imitators obsessed with bringing her down and boasting about her all-natural curves (“Thick, no add-on prosthetics/ Everything ’bout me came from genetics”). Proving Megan’s all for equality, she casually describes tossing away men in the same way her male counterparts have traditionally rapped about women. “Miss one, catch one, I ain’t new to fish,” she boasts.

In an album that finds Lil Nas X revealing Montero Lamar Hill to the world for the first time, “Dolla Sign Slime” shows the young artist hasn’t forgotten how to have fun while going toe-to-toe with one of the most confident MCs in the game. 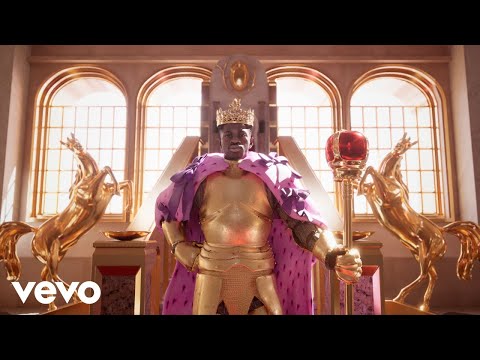 Rap Song of the Week: Lil Nas X and Megan Thee Stallion Brush Off the Haters on "Dolla Sign Slime"