Sleigh Bells may have released their first album Treats over 10 years ago, but six releases later, they’re sounding as fresh and inspired as ever. With Texis, the NY-based duo’s new LP, Alexis Krauss and Derek E. Miller are taking bolder risks and crafting emotionally resonant music.

A term they batted around while writing and recording Texis, out Friday (September 10th) was “nourishing,” which according to Miller “may not be a word that people associate with our band, but hopefully that will change when the record comes out.” Texis is an eclectic and charged collection of songs, full of grunge guitars and catchy melodies, all laid on top of frenetic drums and explosive synths.

It’s both a quintessential Sleigh Bells record and a completely new look for the band — a dichotomy they seem to embrace wholeheartedly. Complete with chaotic (in the best way) music videos for lead singles “Locust Laced” and “Justine Go Genesis,” Sleigh Bells are continuing to define themselves as an ever-changing and wildly intriguing band.

Consequence caught up with Derek E. Miller and Alexis Krauss of Sleigh Bells to chat about Texis and their new music videos, as well as being labelled as a “hyperpop” band. Check out the Q&A below.

What was the recording process like for Texis? Was it all done during the pandemic and lockdown?

Derek E. Miller: We started writing for this around August of 2017. We burned through a bunch of ideas that were interesting, but not great. We finished “Justine Go Genesis,” the second single for the album, in November of 2018. That sort of set the tone for the rest of the record. So we really started in earnest around Thanksgiving of 2018.

Where did you record the album?

Miller: The record was recorded between my home and Alexis’s. I moved to Kingston, New York, from Brooklyn in August of 2019, and before, we couldn’t really record in my apartment. We did a few vocal sessions, but I was sharing walls and mostly working on headphones, which is basically why I moved. My new setup in Kingston is great. It’s a house, my monitors are right in front of me now in my living room, and we could work at 130 db, 24 hours a day if we want. So, we split time between my house and hers.

Miller: Yeah, “An Acre Lost” and “Knowing” are the two songs from lockdown that made the record (and then a handful of others that we’re working on for the next record — but I won’t get into that). But yeah, we approved the master in April or May of 2020. It takes a lot of time even when things aren’t in lockdown — you’ve got to finish the master, plan music videos, and with all the COVID regulations and testing, the timeline on everything just gets a lot longer.

What influenced the visual style for Texis? In particular, the album cover and the music video for lead single “Locust Laced” are both very stylized.

Miller: Regarding the video, I’m from the school of thought where everything is totally open to interpretation, and every perspective is valid. But for me, it’s about the difficulty of breaking old patterns and creating new ones, and how one’s ability to do that, a lot of times, is the difference between having a life that you want and a life that you don’t want. That could be something as simple as saving up a little bit of money, even if you’re not making much, to do something that you really want to do.

It’s about people that just can’t get out of their own way. It’s not a new concept, and we’re not the first to tackle it, but that’s what I see when I watch the video. That’s what I was thinking about when I was writing the treatment — just running into a brick wall repeatedly, over and over. It’s insanity, but so many of us do it in our own way. 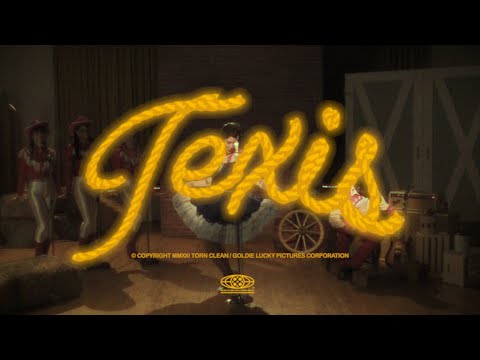 Krauss: In terms of aesthetic references, I think some of them are pretty obvious, but we reference The Porter Wagoner Show and the dynamic between Porter and Dolly Parton. We definitely pulled a lot visually from the 1960s, ‘70s, Loretta Lynn, Dolly Parton, and the aesthetics of a lot of those old TV shows and the antics and absurdity that existed.

Miller: Yeah, and those shows are beautiful, and of course we’re approaching them with respect, but it’s also the formality that’s involved in those performances. It’s just hardcore “Showbiz.” And it was the most ridiculous context for somebody to turn around and start running into a brick wall. In that particular setting, that is a very strange idea to me, one that I find — I’m not gonna say hilarious, watching somebody repeatedly crash into a wall — but conceptually speaking, it’s very bizarre. And I find it funny.

Krauss: Definitely. I can tell you that physically, it was not all that enjoyable, doing it over and over again. But I’m very glad I did, because I really liked the video!

Miller: When we were doing pre-production, I thought we were describing a layer of foam that looked like brick. And I just remember showing up and walking up to the wall, and thinking that the detail was incredible, but then I tapped on it with my knuckles, and I was like, oh shit!

Wow, and how many takes did you do with Alexis running into the wall?

Krauss: We actually didn’t shoot all that much with “Locust Laced” and with our most recent video, “Justine Go Genesis.” But we did have to capture a myriad of perspectives of me impacting the wall and so as a result, it happened quite a bit. But I mean, it was a story. And it was great! Iit was amazing to me that we did that in one day, and it felt like a long day. But by the end of it, we were just also relieved that we got everything done. So yeah, it was well worth it.

Miller: Just to be clear, out of respect for my co-director Nina Ljeti and the production team, we were obviously checking on Alexis between every take and making sure she was safe! But she was a soldier about it, and it went great. 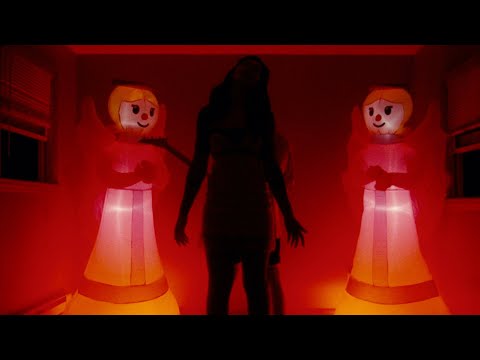 Texis feels like it’s an advancement from your previous EP, 2017’s Kid Kruschev, where you’re combining more aggressive guitar styles with pop-centered vocals. Do you feel that this album best represents the Sleigh Bells experiment?

Miller: ​​Well, I no longer do the thing where we put out a new record and I tell everybody that it’s the best record we’ve ever made. I can’t tell you that, but I can tell you that it is my favorite. And I think the reason for that is that if you strip away all of my bullshit fireworks and the crashes and banging, if you strip away all the noise and the high end and the drums, that there’s something emotionally resonant there, you know, there’s a handful of chords in a great melody that are, hopefully, beautiful.

Tracks like “I’m Not Down,” “SWEET75,” “Knowing,” “An Acre Lost,” and the chorus for “Justine Go Genesis” — I feel like all of those tracks have something that’s emotionally resonant. It doesn’t feel like just a bunch of noise which can, without good chord structures and melodies, end up being empty calories… like a caffeine rush, then you crash, and there’s nothing nourishing. That’s a weird word that Alexis and I kind of batted around a lot over the past two years. “Is there something nourishing?” It may not be a word that people associate with our band, but hopefully that will change when the record comes out.

Krauss: I think Derek and I started to really learn a lot about songwriting and how we thought about our songs when we were working with [producer] Mike Elizondo on Jessica Rabbit. And then I feel like a lot of that really started to come to be during Kid Khrushchev — even though it’s brief, it’s personally one of my favorite things that we’ve created. The transition from writing for Kid Kruschev to Texis was pretty seamless, and we were in a really good spot for Kruschev, and this just builds on that momentum.

How do you feel about the relatively new label/genre of “hyperpop”?

Miller: I only know a little bit about the genre. And of course, 100 gecs would be the tip of the spear with that stuff and probably the farthest reaching — and I love that record [1000 Gecs]. I adore it. And it definitely had a bit of an impact on this record, in its own way — just because you could hear how much fun they’re having.