An empire of crime is built on “good deeds” in the newest trailer for The Many Saints of Newark. This cinematic prequel to The Sopranos will air on HBO Max on October 1st.

The first trailer for The Many Saints of Newark shined a spotlight on young Anthony Soprano as played by Michael Gandolfini, the son of the role’s originator, James Gandolfini. That sneak peek hinted at the teenage bruiser’s relationship with his uncle Dickie Moltisanti (Alessandro Nivola), but if this latest preview is any guide, Moltisanti is less a supporting part than the main player.

The second trailer opens with Moltisanti visiting a prison and sitting down opposite Aldo ‘Hollywood Dick’ Moltisanti (Ray Liotta). “What do you want, Richard?” Liotta sneers. “I’ll be honest with you,” Nivola replies. “I wanna do a good deed.” That seems to involve blowing up a building, firing a gun through a car window, and a bit of fun with a drill. Throughout we get a few glimpses of Tony Soprano as he’s tormenting his mother (Vera Farmiga), but the clip keeps returning to Dickie Moltisanti.

“I want to do all kinds of good things,” Nivola tells a skeptical Liotta. “It’s the wanting. Pain comes from always wanting things,” Liotta responds. “But what do I know? I’m a murderer.” Check out the new trailer for The Many Saints of Newark below. 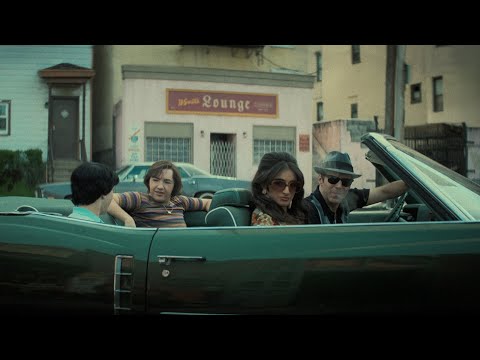 Dickie Moltisanti Commits Some "Good Deeds" in The Many Saints of Newark Trailer: Watch