The Earth literally shook when the Virginia Tech football team took the field to Metallica’s “Enter Sandman” ahead of their game against North Carolina on Friday (September 3rd).

The team’s earthquaking entrance registered on seismograph readings in Blacksburg, Virginia, as 65,000 fans jumped and roared to the Metallica classic.

As pointed out by Reddit CFB, there is a definite spike in the seismograph at the exact time the Hokies entered Lane Stadium to “Enter Sandman.” Given the fact that fans couldn’t watch Virginia Tech play in person for over a year, there was bound to be some pent-up energy.

Riding the seismic waves of Metallica’s heavy riffs, the unranked Hokies went on to beat the No. 10 Tarheels 17-10 in one of the weekend’s biggest upsets.

“Enter Sandman” is a staple at sports arenas the world over, but it must sound especially exciting to fans who’ve been watching games from their couch during the pandemic. Like many sports, college football has returned to some semblance of normalcy as schools open stadiums to full capacity.

Perhaps the sound techs at Lane Stadium played the newly remastered version of “Enter Sandman” for that extra intensity. Metallica are set to reissue the seminal “Black Album” as part of a comprehensive Super Deluxe 30th anniversary edition box set due out this Friday (September 10th).

See Virginia Tech’s field entrance and the seismograph reading below. 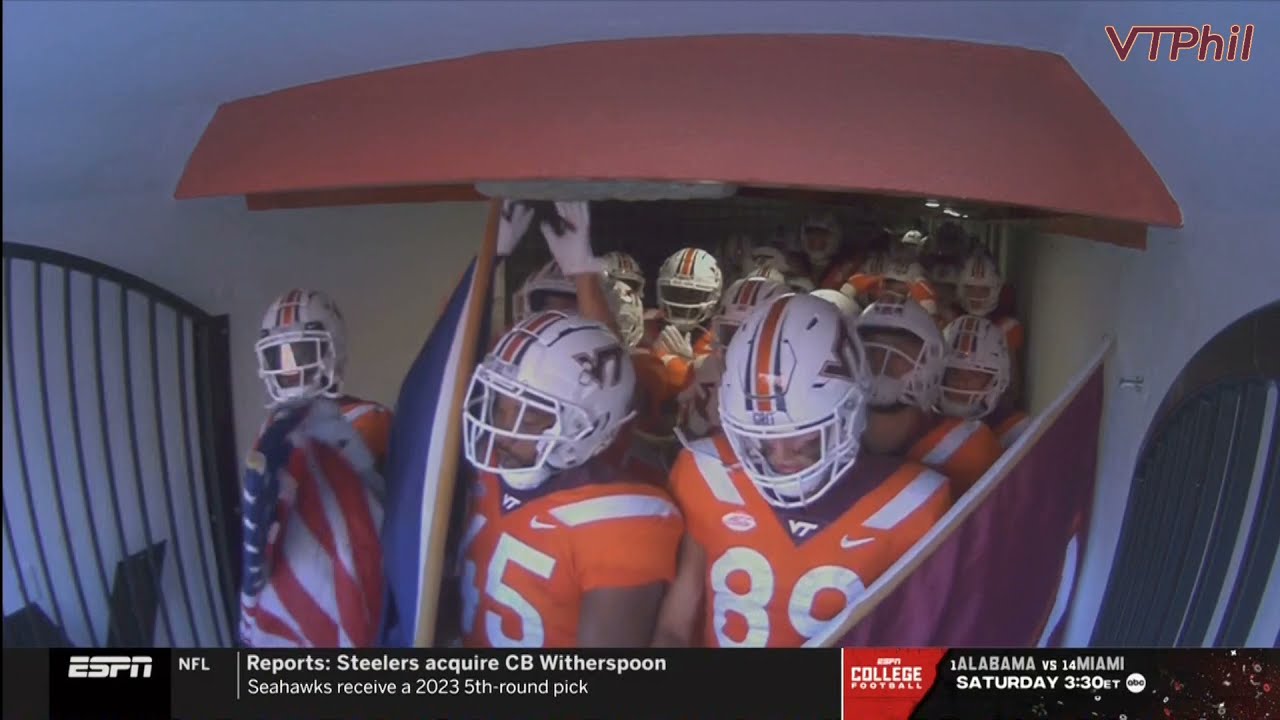 Seismograph readings for Blacksburg, VA last night. See if you can spot the Enter Sandman. pic.twitter.com/F0baAKGzKU