When Audible announced its ongoing “Words + Music” audio program — in which some of rock’s biggest names combine storytelling with music — it made perfect sense that legendary shock rocker Alice Cooper participate in the series.

As evidenced by his newly-released entry, Who I Really Am: Diary of a Vampire, Alice tells great story after great story. Throughout the audio memoir, he is comparable to a “rock ‘n’ roll Forrest Gump” — recounting experiences in which he crossed paths with the likes of Jimi Hendrix, Syd Barrett, Frank Zappa, John Lennon, and Keith Moon, among others.

Additionally, you’ll hear new acoustic versions of “School’s Out,” “Is It My Body” (a tune from which a line was plucked from for the title of his Audible release), “Poison,” and other classics.

The singer, who released a new album called Detroit Stories earlier this year, recently spoke with Heavy Consequence about his Who I Really Am audio memoir, which is now available here. In addition to chatting about his Audible project, such topics as his current tour with Ace Frehley, his classic anthem “School’s Out,” and the Hollywood Vampires were also discussed.

Well, they came to me with the idea of it. It was kind of intriguing, the idea that you would do some of these hit songs, acoustic versions. I’d never done that — I’ve always been very electric onstage. The idea of doing it for an audio memoir though, that makes sense — to do a different version of “School’s Out,” “Eighteen,” “Poison,” and those songs. It made it a little more intimate. You’re telling the story of your life, according to yourself, and then those songs just kind of come in. I always say that bands that have been around as long as us, the Stones, the Beatles — they’re a soundtrack for our life. Like, I go back to being 15 years old with the Stones and the Beatles. … I can just about tell you what car I had when this album came out. It’s kind of like that for some kids with me — they listen to 28 albums, and they go, “Wow. I remember the girl I was going out with when that song came out.” It’s great to be around for this long, and have a great story.

On whether he approached Who I Really Am differently than his earlier traditional autobiography, Golf Monster

Yeah, I think we did. Because [producer] Bob Ezrin and I have been working together for so long — since 1969/1970. I’ve always trusted him to pull the best stuff out of me. Even when I’m doing vocals when we’re writing. The only two people in the world who understand Alice Cooper — the character — are Bob Ezrin and myself. We always speak of Alice in the third person. So, when I’m doing this audio memoir, I’m talking about Alice in the third person — because he’s a character that I play. And that kind of gives it a different perspective, too. But Bob totally understands that. He produced it in the studio, and we really worked on making sure that it said the right stuff.

It’s so funny, because the things that you remember, like that, was such a vivid memory of mine. And yet, I wouldn’t be able to tell you anything else that happened with Pink Floyd the whole time — except for the brownies and the audition at Gazzarri’s.

When I achieved that kind of fame, I knew I was going to meet the Beatles and the Stones. And that was always a thrill, of course — they were the ones that got it started. Elvis, Sinatra. But I always wanted to meet Groucho Marx, Errol Flynn, people like that. Because those were the people that I used to watch those movies, and go, “Wow. Those are the real movie stars.” So, when I got in that position … they put me in the Friars Club. I was the only rock ‘n’ roller in the Friars Club. I’m sitting there with Jerry Lewis, Jack Benny, and George Burns. And they accepted me, totally, as one of them — which was such a compliment to me.

On his current tour with Ace Frehley

Oh, Ace is great. Ace has got a really good band, all Nashville guys, that are all great players. And there is such a big market out there for people that were old-school/diehard KISS fans that absolutely loved them. Especially Ace Frehley being the lead guitar player. There’s all those people who have those great memories of early KISS – with Ace and Peter Criss.

We are used to doing 200 shows a year — at least 150-200 shows a year, all over the world. Our last show, before this whole thing hit, was in Sydney, Australia, with Queen [on February 16, 2020]. It was 95,000 people. And we had no idea that that was going to be our last show for a year and a half. It was a great way to go out … but I figured the whole thing would last a month, maybe. And 18 months later, we finally get to go back on tour. There were times where bands said, “Well, maybe this is it. Maybe there is no more touring.” But now, everybody’s back out there. The audiences are amazing; they are so hungry for live music. That’s what we do. We were like little kids — we were giddy about even rehearsing.

Out of all the Top 40 songs that we had, the only one I was sure of was “School’s Out.” I said, “If this isn’t a hit, I should be selling shoes somewhere — because then I don’t know anything about this business. This song has got everything. It’s got every piece of what should be a hit.” And it was. “Eighteen” was a hit … but “School’s Out” was an anthem. And those are the things that last for 50/60 years. It’s impossible to close the show with anything except “School’s Out.”

I think somebody would have to play me. I keep telling Johnny Depp if he was better looking he could play me! [Laughs] But he would be the kind of person who would do the prosthetics and do a different nose and a whole thing like that. But the thing about the Alice Cooper thing, there were a lot of unique things. Remember that TV show, Vinyl? Mick Jagger produced it. The guy that played me in that [actor Dustin Ingram] happened to live next to my daughter in L.A. And he was like, “What is it about your dad that I should know, if I’m playing him?” And she said, “He never swore. And if he was drinking, he never slurred a word. He never stumbled. He wasn’t like a ‘get drunk’ drunk. He was sort of on a golden buzz. A Dean Martin kind of buzz. So, don’t stumble and don’t act drunk, because Alice was NEVER drunk. And Alice never swore.” Those were the two things that made it more authentic than maybe anything else.

Our thanks to Alice Cooper for taking the time to speak with us. Pick up his new audio memoir, Who I Really Am: Diary of a Vampire, via Audible, and hear a preview in the player below. 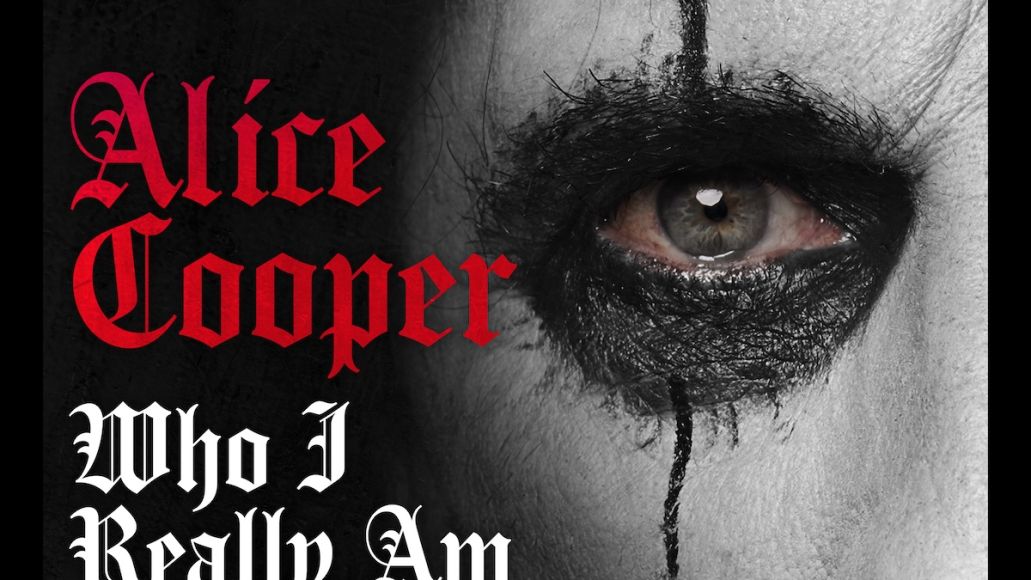 Alice Cooper on His New Audio Memoir, the Legacy of "School's Out," and Who Should Play Him in a Movie