The concert will benefit MusiCares, with a focus on raising awareness on mental health. “We are so grateful for Dave and Billy’s support of MusiCares with this incredible benefit concert, and for their continued support of our mission over the years,” said Laura Segura, Executive Director of MusiCares. “The proceeds from this event will help music professionals who need various kinds of support, from physical and mental health, addiction recovery, preventative clinics, and more.”

As for playing Lou Reed’s Transformer in full, Navarro and Morrison jointly stated that the album embodied “the realization and education of gender and fluidity, and all the imagery that went along with that in the ’70s,” adding, “It’s an unnecessarily tough subject now, so imagine Lou Reed in the ’70s addressing sexuality and gender? A total groundbreaking album that tore some barriers down. Which is what we are trying to do with the subject of mental health and Above Ground.”

Regarding Sex Pistols’ Never Mind the Bullocks, the pair commented, “This album is it for both of us — the one that changed everything. When we heard this for the first time as kids, something shifted forever inside us. The sound of Steve Jones’ guitars and the intelligent anger from [Johnny] Rotten about things that actually resonated with us, even at that early age.”

The third edition of “Above Ground” follows previous events in 2018 and 2019 that saw all-star performances of full albums by The Velvet Underground, David Bowie, The Stooges, and more.

Watch Dave Navarro and Billy Morrison discuss “Above Ground 3” and see a poster for the event below. Tickets are available here, with pre-sales beginning on Wednesday. 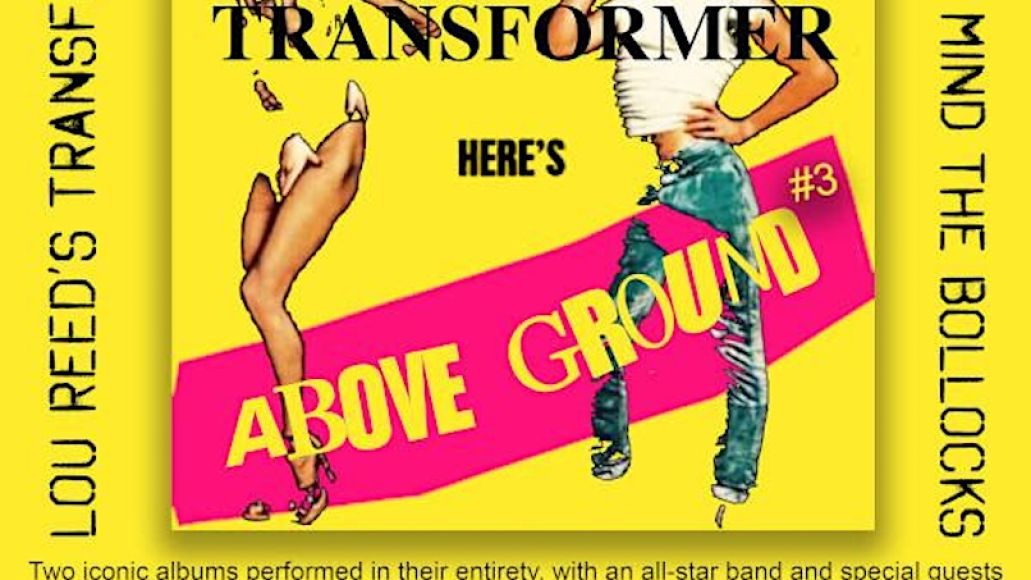