When the members of ENHYPEN sat down with Consequence in April 2021, their eyes were on the future. The K-pop group (JUNGWON, HEESEUNG, JAY, JAKE, SUNGHOON, SUNOO, and NI-KI) had just released the Border: Carnival EP, the conclusion to their post-debut series. The EP was packed to the brim with bops, including track “Fever,” a song that exploded on TikTok and has now surpassed 75 million streams on Spotify.

It’s a great collection, and one the members of the group were happy to discuss. Even then, though, they seemed to have already been itching for the next project, fighting to enjoy the moment they were still experiencing. Now, ENHYPEN’s first studio album has arrived today (October 12th).

Dimension: Dilemma is, interestingly, an exploration of this exact theme, pulling from three concepts from Greek mythology (Scylla, after the six-headed snake of The Odyssey; Charybdis, a sea monster of the same epic; and Odysseus, the titular hero).

“Whichever way we choose, we’ve got to run,” JAKE insists on opener “Intro: Whitehout.” (The members of ENHYPEN, notably, love a good intro.) If these concepts seem a bit intense for a group with ENHYPEN’s age range, it’s because they are — NI-KI, the youngest, or “maknae,” recently turned sixteen.

It’s the trickiness of fame at a young age, especially for this group, which has the extra layer in their history of being formed in front of millions of viewers in a reality-style competition show spearheaded by BELIFT LAB (a joint venture between HYBE, home of BTS and TOMORROW X TOGETHER, and CJ ENM). There’s plenty of excitement, but also an exorbitant amount of pressure — to call those labelmates heavy hitters in the industry would be an understatement.

Lead single “Tamed-Dashed” addresses this idea most directly. The track echoes Border: Carnival’s lead single “Drunk-Dazed” in its sound: deceptively upbeat, hooky, and, of course, ready for choreography. All that talk about Greek mythology pays off here — the lyrics, on their own, read like they could’ve been pulled from poems. “Scorching sun show me the way/ Compass please don’t leave me now,” they sing on the chorus. Imagery-packed phrases like “Dreams, beautiful and grotesque, keep changing shape” pepper the verses.

The album especially hits its stride in the three-track run that follows, though. “Upper Side Dreamin’” has the kind of earworm chorus listeners will catch themselves absentmindedly humming hours later (yes, speaking from experience). “Just A Little Bit” is reminiscent of ‘90s boy band ballads, romantic in its youthful sincerity. Like another Border: Carnival favorite, “Not For Sale,” “Just A Little Bit” also gives the members the chance to show off blossoming falsettos. Then there’s “Go Big or Go Home,” a club-ready explosion of syncopated piano and EDM-inspired bass drops. HYBE — drop the choreography, it’s urgent!

ENHYPEN also enlist labelmate Yeonjun of TOMORROW X TOGETHER for “Blockbuster (Like an action movie).” Yeonjun is a treat on the slightly frenetic track — TOMORROW X TOGETHER has only recently started incorporating edgier sounds into their own pop dreamscape, and Yeonjun, impressive in his dexterity across genres, sounds right at home. It’s fun to see ENHYPEN push their collective boundaries a bit, but the rap-infused track ultimately fits like a sweater that’s still just a bit too big. The rock sound works better on “Attention, please!” which retains more of the group’s adolescent energy, ultimately coming across as more authentic.

It’s a strong first full-length studio album from the still relatively new group, and it’s exciting to see where they’ll go next. In the future, it would be wonderful to see the boys experiment with subunits (the K-pop term for tracks that incorporate different pairings of members within the group) or even contribute to the writing process, should they desire.

It’s clear that these themes they mention are being genuinely expressed, and the songs do paint a fair portrait of their experiences as artists, but getting some of these more personal touches would continue to build that bridge between artist and listener.

This personal connection seems to be something ENHYPEN wants, after all. Over dreamy strings, JAKE, JAY and HEESEUNG close the album with another narrative, “Interlude: Question.” Even calling it an interlude rather than an outro leaves things appropriately open-ended — “I thought I’d understand if I ran…but in the end I didn’t feel a thing,” says JAKE. “I’ll float away/ Then I’ll arrive somewhere else, another place/ But where will that be?” asks HEESEUNG as the album fades to an end.

It looks like we will all have to find out the answer to that question together. 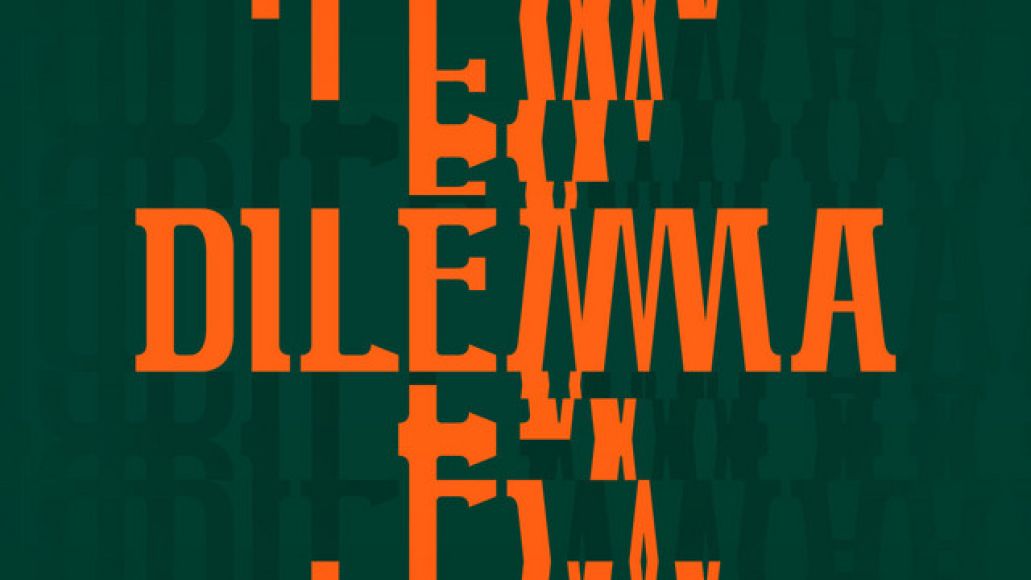