Evanescence have announced the second book in their ongoing graphic anthology series, Echoes From the Void. The new installment, titled The Revolution of Cassandra, joins film director Eric D. Howell’s original story to the storyline of Evanescence’s single “Use My Voice” from their 2021 studio album, The Bitter Truth. Howell directed the music video for “Use My Voice,” so he’s a natural fit.

The book’s official synopsis describes The Revolution of Cassandra as “an action-adventure that speaks to the power of love and truth and standing up for your beliefs.”

“A liberal, astrology-loving humanitarian is caught in the crossfire of a raging civil war and must save her sister from the firing squad of a brutal dictator,” the synopsis reads. “She beseeches help from a gun smuggler, and inadvertently starts her own revolution. Cassandra stands up to be a light in the face of a cynical, unforgiving, and brutal world, pulling everything she believes into question. Racing through minefields, above the jungle canopy, and going head-to-head with an army, Cassandra has the stars and moon on her side — or so she believes.”

Regarding the novel, singer Amy Lee commented, “A few years back, my friend and video director Eric Howell sent me a screenplay he was writing called The Revolution of Cassandra. This time, instead of a film, he wanted to make it into a graphic novel. As I read it, I kept hearing this song I’d been working on, ‘Use My Voice,’ over and over in my head because it felt like the song and Cassandra lived in the same world.”

She continued, “The power of love, and truth, and sisterhood, standing up to the broken machine. Hanging onto the belief that humanity is worth fighting for.”

Howell added, “The Revolution of Cassandra is a story about a bad-ass woman standing up for her beliefs in a cynical and hostile world. As one of my early readers, I asked Amy to write the forward for the graphic novel if she connected with it in any way.”

Cover art for The Revolution of Cassandra is by Esau Escorza and Sebastian Cheng, while interior art comes from a “rock-star cast” of graphic artists.

The Revolution of Cassandra is available for pre-order now via incendium.online, with a print date of January 2022 listed. The first issue in the Echoes From the Void series — inspired by the songs “Better Without You” and “Wasted on You” — sold out its initial press run, but is now available in a second variant edition.

Meanwhile, Evanescence kick off a co-headlining US tour with Halestorm on November 5th in Portland, Oregon. Tickets for the upcoming shows are available here.

Evanescence, Echoes From the Void: The Revolution of Cassandra, Book Art: 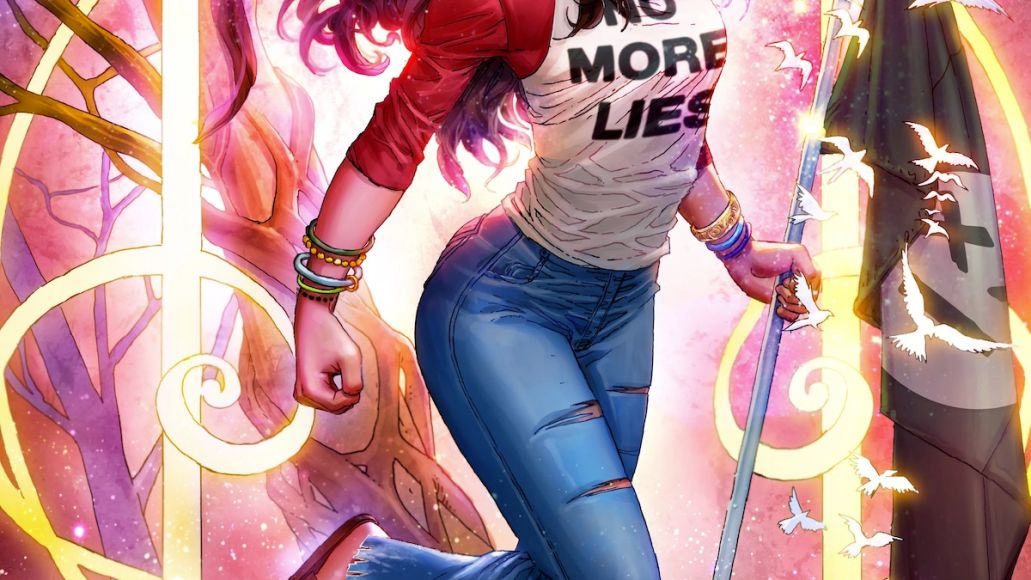