The Pitch: When last we left the backstabbing, mega-wealthy Roy family, prodigal son Kendall (Jeremy Strong) finally plunged the dagger in the back of his imperious father, Logan (Brian Cox), by holding a presser in which — rather than acting as the “blood sacrifice” Logan wants to throw to the wolves — he publicly laid bare incriminating accusations of malfeasance within Waystar Royco’s Cruises division. It’s a ballsy act, one born of two seasons’ worth of tension between them, the latest move in their perpetual chess game. But the question remains: What now?

Well, fresh off his impulsive gamble, Kendall rallies the troops: Initially, he’s just got Greg the Egg (Nicholas Braun) on his side, having snuck him the Cruises documents he needs to support the accusations. But what of Shiv (Sarah Snook), or Roman (Kieran Culkin), or Connor (Alan Ruck)? Will his siblings follow suit, or will they take this opportunity to knock him out of the running to be the next CEO? All this and more sets the stage for the next phase in TV’s most deliciously opulent family feud.

Who Will Win a Kiss from Daddy? Succession Season 3 has a lot to live up to, even outside of that shocker of a finale last season. After gaining modest critical support in its first season, Season 2 turned the show into the pop culture phenomenon (and multiple Emmy winner) it is today. Paradoxically, the Roy family is the most unlikeable clan on television right now, a rat king of self-aggrandizing, backstabbing one-percenters whose moments of true vulnerability are colored by the fact that they’ve got the shiniest golden parachutes anyone could ever hope for. And yet, there’s something so gripping about watching their internal struggles, their coded conversations, the dry-as-desert delivery of showrunner Jesse Armstrong’s razor-sharp barbs. Luckily, Season 3’s got all that and more; it’s a slower burn than Season 2, but that merely opens up new avenues for our soulless antiheroes to twist in the wind, especially as the family civil war heats up.

Of course, it all centers around Logan, the barking patriarch of this gaggle of goons, the dying neutron star around which these satellite planets straddle their decaying orbits. Everyone at Waystar, whether tied by blood or marriage or payroll, has been burned by his fiery moods and capriciousness at one point or another, and so many of Succession’s major conflicts lie around the various and sundry traumas that treatment has left in their wake. For Kendall, his power plays and maneuvering hide a deep desire for his approval, the need for his father to see that he can step up and lead the family.

Same goes for Shiv and Con and Roman, of course (though Rome hides it behind a million layers of smirking, who-gives-a-shit smarm). But the show — especially in this new season —hits hard on how this latest play weighs on Kendall, the one member of the family with anything close to scruples. It’s all tied together with Ken’s ego, his desire to be thought of as a good, moral person, in ways that Strong plays with beautiful complexity, especially in a late-season birthday party that threatens to be cringeworthy in that L-to-the-O-G way before turning into something else entirely. 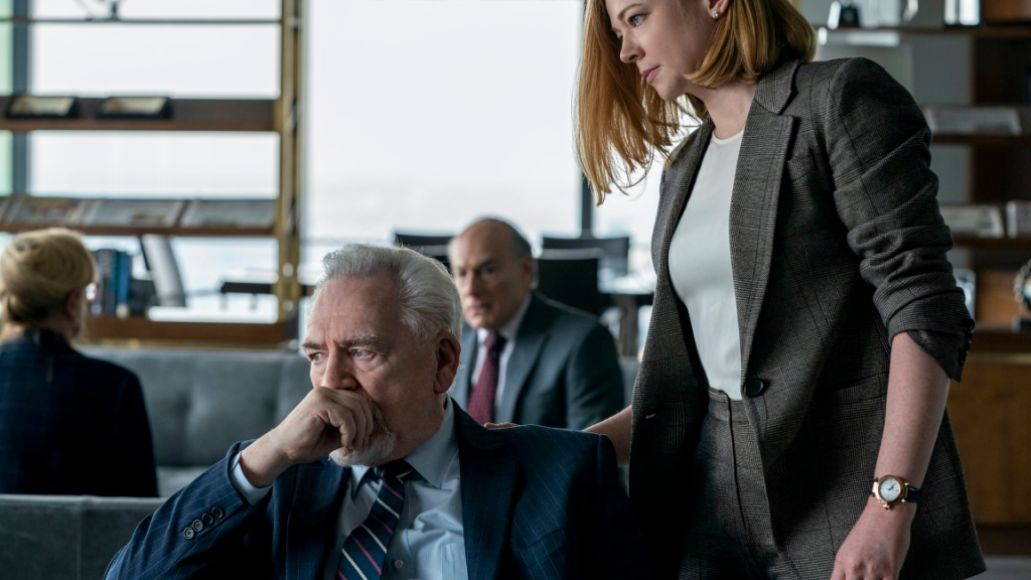 A Million Poisonous Spiders Down Your Dickie: That’s not to say that the rest of the show’s extremely capable ensemble doesn’t get plenty to play with. As if the writers listened intently to the moments Succession fans went gaga over last season, Season 3 treats us to even more time with some of the show’s most watchable pairings. Tom (Matthew Macfadyen) is back with his “Greg sprinkles,” alternating between taunting and bonding with him as Tom grows ever more fatalistic about his decision to take one for the team and go to prison if the Department of Justice decides to make heads roll. (“What if I forget to burp the toilet wine?” Tom asks Shiv.) For his part, Greg is just as adorably clueless and fence-sitting as ever this season — I dare you to find an actor who can play “pretending to get what’s going on” better than Braun. (As Tom likens their dynamic to that of Roman emperor Nero and his castrated servant-wife Sporus, all Greg can say is, “That’s not IP I’m familiar with.”)

Naturally, there’s also Roman and his delectably fucked-up sexual dynamic with Waystar GC Gerri (J. Smith-Cameron), though it’s more front-loaded in the first half of the season if the seven episodes provided to critics are any indicator. Fair warning: There may be less insult-laden jerk off fuel than there was last season, but Roman’s loyalty to Gerri (in his way) as she makes moves for the big chair is the closest he’ll ever come to supporting another human being, and it’s impossible to look away.

These interpersonal conflicts bleed out onto the national stage even further this season, as Conner’s feeble Presidential bid rolls along while ATN (Waystar’s thinly veiled stand-in for Fox News) weighs its role in the upcoming GOP primaries. A new Congressional candidate comes forth in the form of a firebrand alt-right figure played with reptilian glee by Justin Kirk; naturally, Roman loves him while Shiv makes her case for the man’s encouragement of fascism. 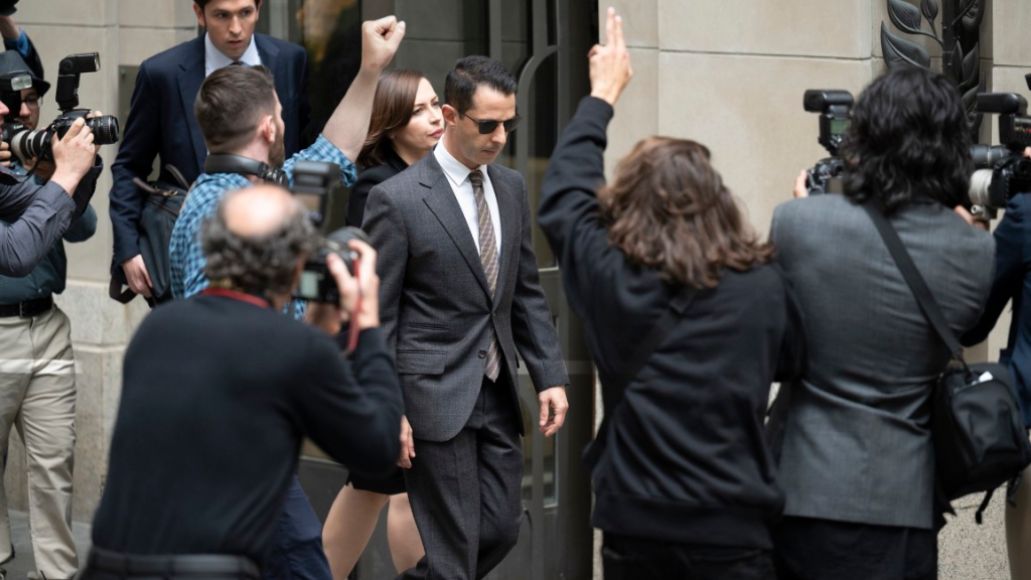 Meanwhile, Kendall’s principled stand leads him down a path of righteous moral activism, even as the public sees through his transparent PR game; watch him obsess over the barbs a Ziwe-like late night host (play throws him over his inauthentic attempts at wokeness. If you ask him, he welcomes the jeers: “It means I’m in the conversation.” But maybe, just maybe, he’s punishing himself for his own crimes, including the death of that young valet late in Season 1. For all its ensemble trappings, Succession often feels like The Kendall Roy Show, and Season 3 spends plenty of time picking at Kendall’s various psychological scabs.

The Verdict: The core to Succession’s appeal, beyond its pitch-perfect cast and incredibly sharp writing, is its push and pull between its personal family dynamics and the unrecognizable layers of privilege its characters enjoy. We’re basically watching modern royalty hash out their daddy issues over $20,000 canapés and billion-dollar buyouts, movements that can shake the foundation of a nation and economy but whose only value to the characters on screen lie in how it affects their personal position. In this respect, Season 3 is more of the same, configuring these same battles in new and interesting combinations. Still, it’s mostly a treat to watch a show that allows us to imagine that, for all the protection and insulation from consequences wealth provides the uber-rich, there are still things that can get them. Sometimes it’s loneliness. Sometimes it’s the knowledge your father will never truly love you. Sometimes it’s the (fleeting) threat of your power being taken away from you.

The show’s presentation remains impeccable; Mark Mylod and the other directors capture the bizarre largesse of the characters’ lifestyles while keeping the focus squarely on the high-intensity dialogue, and Nicholas Britell’s score still walks that tightrope between baroque chamber music and the perverse intrusion of hip-hop beats and 808s. But it’s all in service to this incredible cast working through Armstrong and team’s intricate writing — a pitch-black comedy about the folks born with a silver spoon in their mouths, and who’d love nothing more than to beat their family to death with it. The jokes fly fast and furious as characters flit between allegiances due to either cowardice or avarice; even rare moments of vulnerability are just another play in broader negotiations.

Where’s It Playing? Succession Season 3 sets its caustic, laser-precise sights on the follies of the 1% beginning October 17th on HBO.