JPEGMAFIA, the experimental hip-hop artist based in Los Angeles, has just released his new album, LP! Stream it below via Apple Music and Spotify.

LP! is the rapper/producer’s first full-length since dropping All My Heroes Are Cornballs in 2019. If it wasn’t apparent, JPEGMAFIA loves using exclamation points, and this new record is the latest to continue his tradition of tacking them onto the ends of his titles, like 2020’s EP! and this 2021’s EP2!

JPEGMAFIA produced, mixed, and mastered the entire album by himself, except for “NEMO!” which contains additional production by Buzzy Lee. To keep things on brand, nearly every track ends with an exclamation point, save for two that have question marks. He loves to yell!

LP! spans 18 songs in total, including the previously released singles “TRUST!” and “HAZARD DUTY PAY!” There are also special collaborations with recent Artist of the Month star Tkay Maidza on “THE GHOST OF RANKING DREAD!” and DATPIFFMAFIA on “REBOUND!”

Earlier this week, JPEGMAFIA revealed that LP! will exist in two different versions: Online and Offline. The Online version of LP! will be available on major streaming platforms and will only include the album’s original 18 songs. The Offline version includes an alternate tracklist featuring bonus tracks (“UNTITLED,” “GOD DON’T LIKE UGLY!,” and “DIKEMBE!” along with two emoji-named songs) and will presumably only be available on Bandcamp and YouTube.

24 Essential Acts to Catch on Tour This Fall and Winter

Pre-orders for LP! are still ongoing. Check out the cover artwork and tracklist for it after the jump. Don’t forget you can support JPEGMAFIA by snagging some merch over at his website, too, like a knockoff shirt of The Bends album art and single-specific designs.

JPEGMAFIA is currently on the road for a lengthy tour that extends into 2022. Concertgoers can expect to hear plenty of tracks from LP! as well as fan favorites from his other records. Check out his complete list of tour dates and grab tickets to see him live through Ticketmaster. 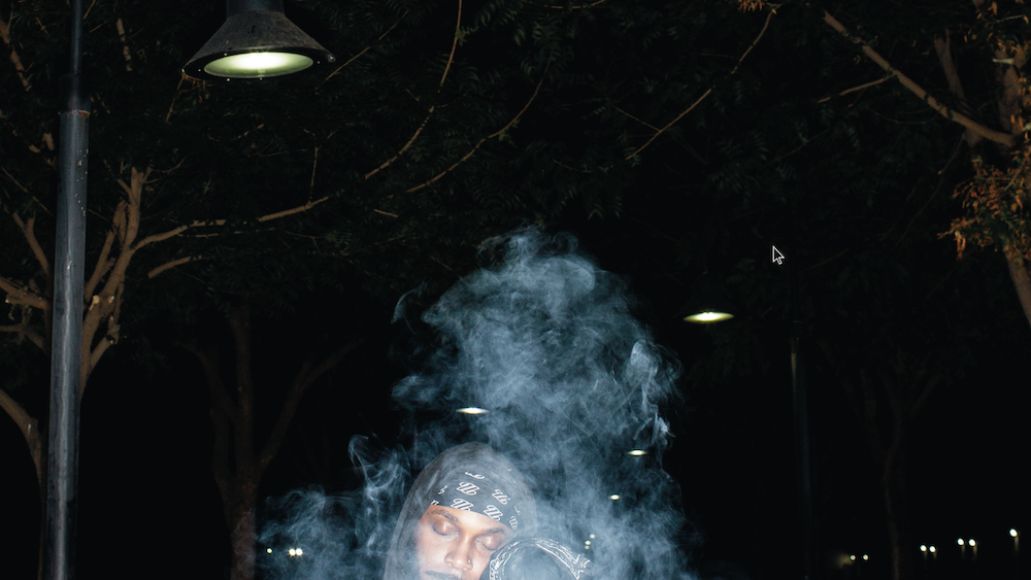