Perhaps David Lee Roth isn’t retiring after all. The singer raised the question himself with an ambiguous new poster for his upcoming Las Vegas residency.

The text leaves the door open despite Roth recently stating that he would be retiring after the Vegas shows, which take place December 31st and January January 1st, 5th, 7th, and 8th at the House of Blues Las Vegas at Mandalay Bay Resort & Casino. In that interview, the longtime Van Halen singer implied that health issues were the reason for hanging up his mic.

“I am throwing in the shoes. I’m retiring,” Roth told the Las Vegas Review-Journal. “This is the first, and only, official announcement. … You’ve got the news. Share it with the world.”

Roth remarkably predicted his own retirement all the way back in 1991, almost to the day. In the video for “A Lil Ain’t Enough,” he peers into a crystal ball to see his future.

At first, he sees a billboard that reads: “Diamond Dave And THE ABSOLUTE FINAL TOUR.” Then, a Delorean-esque vehicle pulls up, and out from the suicide doors steps an overweight, aged Roth. The date “October 10th, 2021” flashes across the screen while spacesuit-wearing paparazzi bombard the singer.

If Roth had only waited a few more days to announce his retirement, he would’ve nailed the crystal ball prediction. But maybe we’re getting ahead of ourselves. After all, DLR has been known to be a jokester.

Will the Las Vegas residency be David Lee Roth’s final concerts, or is he just yanking our chains? Check out the ambiguous tour poster below and pick up tickets to one of his (possibly) final five shows ever via Ticketmaster. 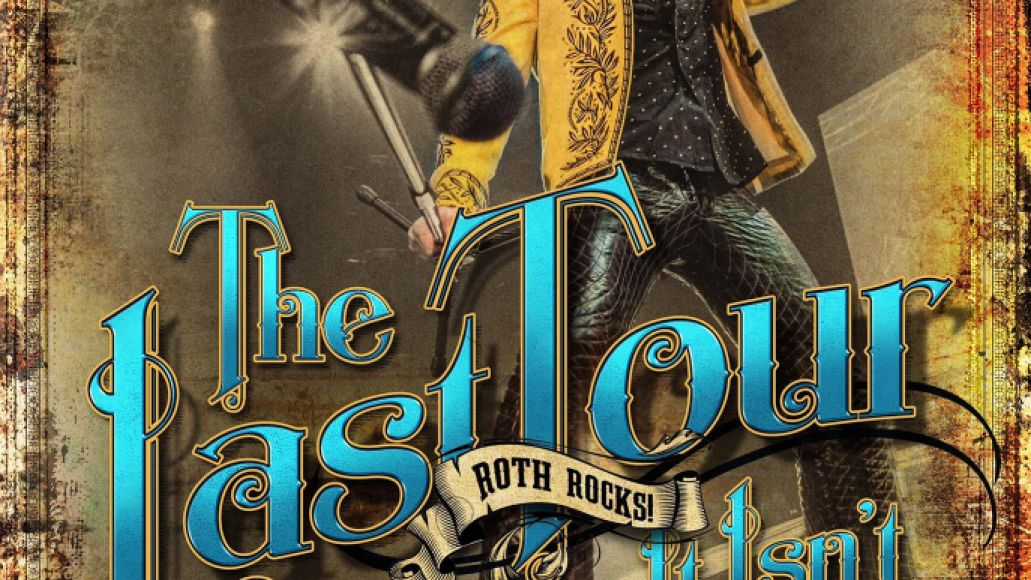