Christmas has come early, Hotties! Megan Thee Stallion has dropped her new mixtape Something for Thee Hotties via 300 Entertainment. Stream it below.

Following hit single “Thot Shit,” the rapper ends the mixtape with a special message for her fans on spoken word closer “To Thee Hotties,” saying, “Thank you to the OG Hotties. Thank you to the Hotties that been rockin’ with me since I was doin’ shows at the strip club, doin’ shows at any bar, any club, to the big stages that we rockin’ right now. I promise I’mma keep goin’ up for y’all…I’mma keep on puttin’ on for Houston, and yeah! Love y’all.”

Stream Something for Thee Hotties and check out the mixtape’s devilish cover art and full tracklist below.

Speaking of big stages, Megan has been making the rounds on the festival circuit as of late, hitting the stage everywhere from Austin City Limits and Governors Ball to Life Is Beautiful and Post Malone’s Posty Fest 2021.

In between festival sets, the rapper recently collaborated with DJ Snake, Ozuna, and BLACKPINK’s Lisa on “SG”; BTS on the remix of “Butter”; and Lil Nas X on Montero album cut “Dolla Sign Slime.” Up next, she’ll hit the road in 2022 with Dua Lipa and Caroline Polachek on the former’s “Future Nostalgia Tour.” Tickets for her shows are available through Ticketmaster.

Something for Thee Hotties Artwork: 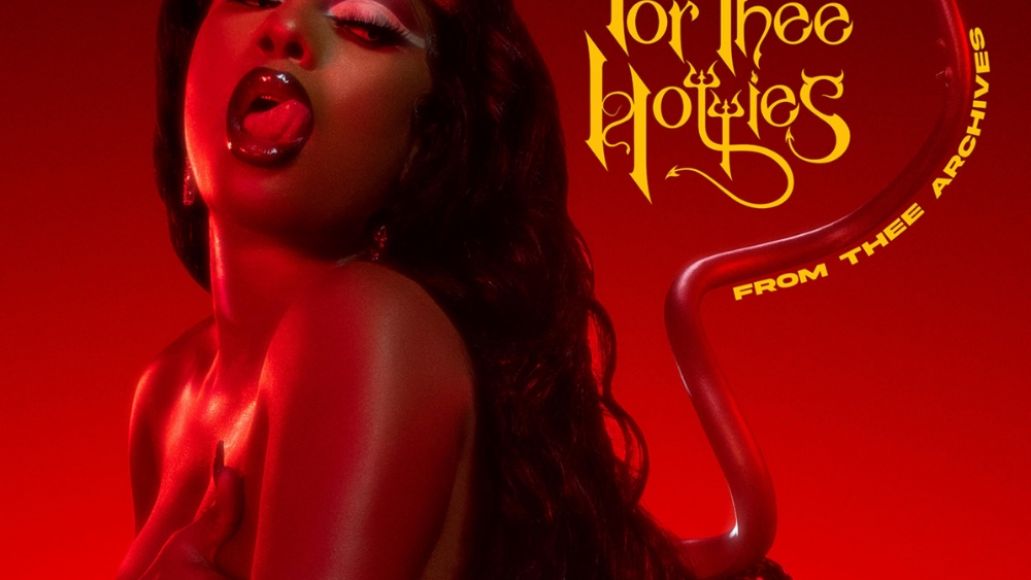 Something for Thee Hotties Tracklist: